It’s no secret that depression and alcoholism often go hand in hand, although only now are scientists beginning to discover why booze is so effective at blocking out emotional pain. According to a study published this week in the journal Nature Communications, getting drunk causes the same molecular changes in the brain as taking rapid antidepressants.

It is estimated that those who suffer from major depression are roughly twice as likely to develop a drinking problem as a result of continually self-medicating with alcohol. While this may initially provide fleeting relief, it can lead to a build-up in tolerance to booze, resulting in addiction and all the social and health problems this entails.

Both alcohol and some antidepressant drugs block the activity of proteins called NMDARs, which are involved in learning and memory. In the case of these medications, this then causes a shift in function of a type of neurotransmitter called GABA, which is converted from an inhibitor to a stimulant, resulting in a decrease in depressive symptoms.

To determine whether alcohol produces the same effect, the researchers began by injecting depressed mice with ethanol, before subjecting them to the “forced swim test”. This involves placing them in water and observing how motivated they are to swim rather than simply float aimlessly, providing a measure of their depression. 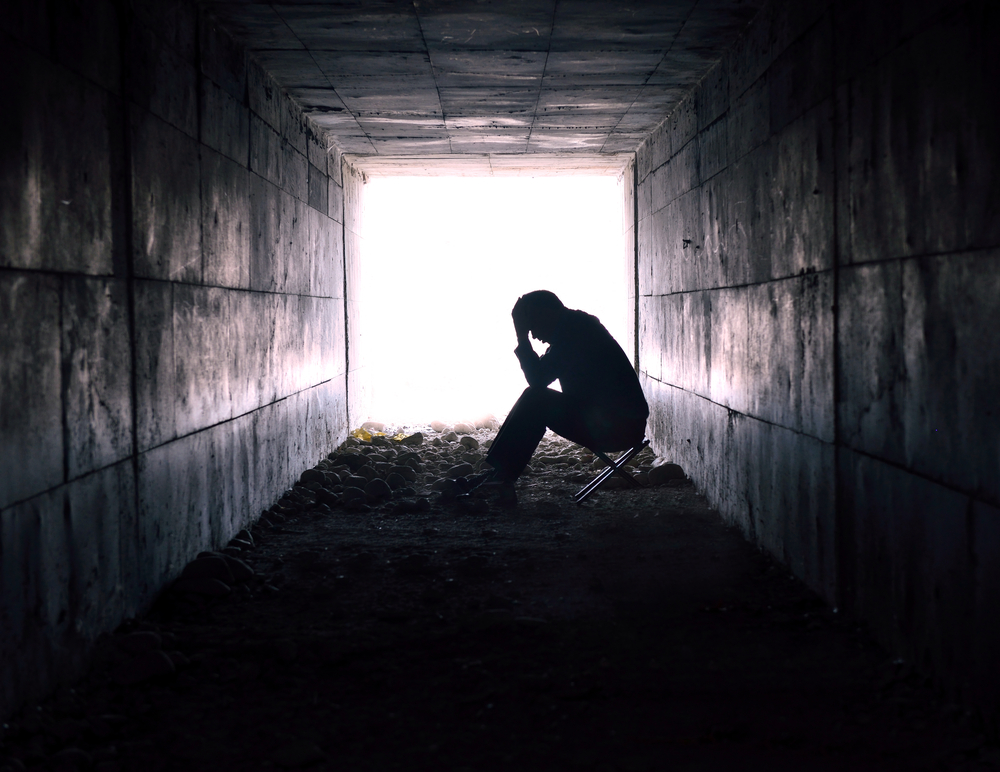 People who suffer from depression are more likely to develop alcoholism. hikrcn/Shutterstock

Mice that received alcohol became significantly more active during this test than those that didn’t get a shot of booze, indicating that ethanol does indeed have a short-term antidepressant effect.

The researchers then removed and examined a region of the mice’s brains called the hippocampus, and found that a high proportion of the GABA present had switched from the inhibitory type to the excitatory type.

As is the case with antidepressant drugs, this shift appeared to be mediated by a protein called fragile-X mental retardation protein (FMRP), which regulates the way that genetic material is expressed. A complete lack of FMRP is the single most common cause of autism in humans.

To confirm this, the team genetically altered mice to lack FMRP, and found that ethanol did not produce the same shift in GABA in these mice. While the study authors do not go as far as to say alcohol has no antidepressant effect on autistic people, the results of this research could point to this possibility – though more investigation will be needed before this claim can be made.

While these findings explain why people tend to try and drink their problems away, study co-author Kimberly Raab-Graham said in a statement that “there’s a very fine line between [alcohol] being helpful and harmful, and at some point during repeated use self-medication turns into addiction.”