If you’re afraid of flying, it’s unlikely that this little doozy of a story will do anything to alleviate that. According to various sources on the Internet, and based on a post on Reddit that appeared earlier this week, it appears that a Saudi prince brought 80 birds of prey, likely falcons, on board a flight with him.

Perhaps you’d be more comfortable sitting on a plane with a very curious menagerie of animals also accompanying you on your onward journey. Maybe you’d be silently panicking instead, hoping that a loud noise or something that resembled a rodent wouldn’t set them all off at once in a flurry of ferocious fervor.

So what is actually going on here? As some of you are likely aware, falconry is a common pastime among the middle-to-upper echelons of the inhabitants of the Middle East. In fact, the falcon is so revered there that the bird is the symbol of the United Arab Emirates.

Transporting something that can fly via a plane may seem a bit lazy, but to be honest, it would be unfair for a typical saker falcon, whose maximum flight speed is around 200 kilometers (124 miles) per hour, to try and keep up with a jumbo jet. So, people tend to take them on planes with them.

In order to do so, however, the owner of each falcon needs to get their agile hunters a passport. This unusual document allows them to move their falcon throughout much of the region for up to three years.

Weirdly, this also means that the falcons need their own seats, and thus an individual plane ticket. Some airways offer just a handful of seats for falcons, whereas the business class cabins of some airlines can be completely filled with them. As a previous, similar image from Reddit clearly shows, this type of seemingly extravagant occurrence isn’t actually all that rare.

Qatar Airways are on the stingier side of things, offering a maximum of just six falcons on board the Economy Class passenger cabin of their aircraft. Mind you, if you can’t afford a separate seat for your falcon, however, then worry not – both Qatar and Etihad allows you to transport them as checked baggage.

If you want to transport your falcon from, say, the Americas to Qatar via Economy Class, it will cost you around the region of $450, so you can imagine how much that Prince must have shelled out for all 80 of them. 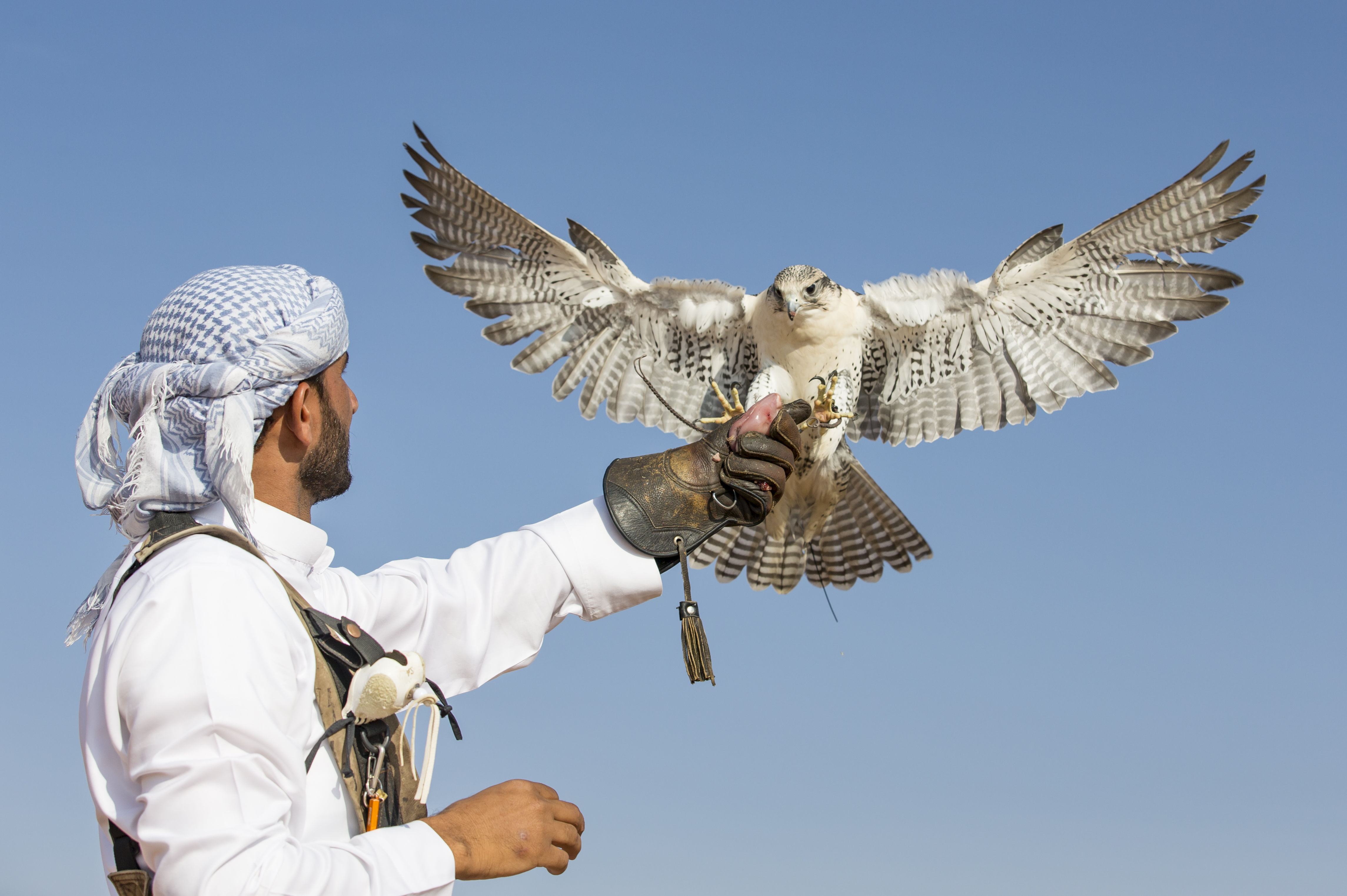