Faults are the arteries of earthquakes, and they can be found all over the planet – some small, some the size of nations. As reported in the journal Geology, the largest exposed single fault on Earth has now been imaged for the first time since the chasm it belongs to was discovered almost a century ago.

Known as the Banda Detachment Fault (BDF), this tectonic scar in Indonesia is around 450 kilometers (280 miles) long, and has now been carefully mapped by using high-resolution maps of the seafloor. During its formation, it pulled apart an area of over 60,000 square kilometers (23,170 square miles). “Colossal” doesn’t do this enormous maw justice.

“In a region of extreme tsunami risk, knowledge of major faults such as the Banda Detachment, which could make big earthquakes when they slip, is fundamental to being able to properly assess tectonic hazards,” lead author Dr Jonathan Pownall, from the Australian National University (ANU), said in a statement. 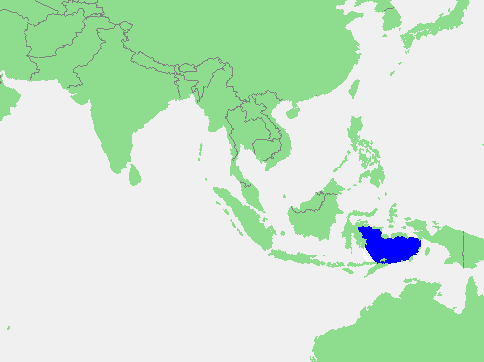 The deepest points on the planet are great scars created by titanic tectonic battles.

The very deepest are ocean trenches, created when a denser oceanic plate collapses beneath a continental plate during a process known as “subduction”. The Pacific Ocean’s Mariana Trench, 10,994 meters (36,070 feet) beneath the surface, is the current record holder.

Until now, no one knew how it penetrated so far down into the continental crust. Analyzing individual, smaller fault scars within the BDF, the researchers from ANU now think they know the answer.

The BDF represents a vast wound, one that required a piece of crust twice the size of Belgium to have been fractured and stretched across a width of 120 kilometers (75 miles). Tectonic forces caused the rims to flex dramatically upwards and push the central region downwards below the waves.

This partly explains why the Weber Deep is the deepest forearc basin in the world. In fact, it’s so deep, and the extensional forces so powerful, that rocks from the fiery mantle below have been brought quite close to the surface. The ocean crust was pulled apart to such an extent that a lot of it was destroyed.

“This demonstrates the extreme amount of extension that must have taken place,” Pownall added.

The complex geology of the Weber Deep. ANU

Make no mistake, tectonic forces are like none other. Another study recently revealed that the collision of India and Eurasia, not content with creating the Himalayas, also destroyed an entire continent in the process, forcing it down into the mantle.