One of the easiest ways to fight global warming is more widely applicable than previously thought, and has the added bonus of saving money. All it takes is a pot of white paint and a bare roof.

An astonishing portion of the world's energy consumption goes toward air conditioning. Painting roofs white has a double benefit on hot days: It reflects back radiation that would otherwise warm the planet, and it keeps buildings cooler, reducing air conditioning demand. In urban areas, there is a third benefit: It diminishes the “heat island effect,” whereby cities are significantly warmer than surrounding rural areas.

Former United States Energy Secretary and Nobel Prize winner Steven Chu has even started a program for “cool roofs.” However, while the benefits are obvious in hot locations, most people in cooler parts of the world thought it didn't apply to them. As it turns out, that assumption was wrong.

“Our study proves that cool roofs for commercial buildings are a net saver of energy in all climates that use air conditioning during the summer,” said Professor Hashem Akbari of Concordia University in a statement.

Painting roofs sounds so simple that it is easy to dismiss as trivial, but a study last year demonstrated that during heat waves, the effect can be large enough to have a major impact on electricity consumption.

That study was done in warm cities, and might not be expected to apply in places where being too cold is a problem more often than being too hot.

Akbari and Ph.D. student Mirata Hosseini modeled the effect in the notoriously cold cities of Milwaukee, Montreal, Toronto, and even Anchorage, and found value everywhere.

In Energy and Buildings, they report that in Anchorage an old building will save a net $7 per 100 square meters (1,076 square feet) each year with a white roof, even when the time it will spend under snow is taken into account. Naturally, the benefit is larger almost everywhere else – up to $62 per 100 square meters in Montreal, although the benefits diminish drastically for new, better insulated buildings. 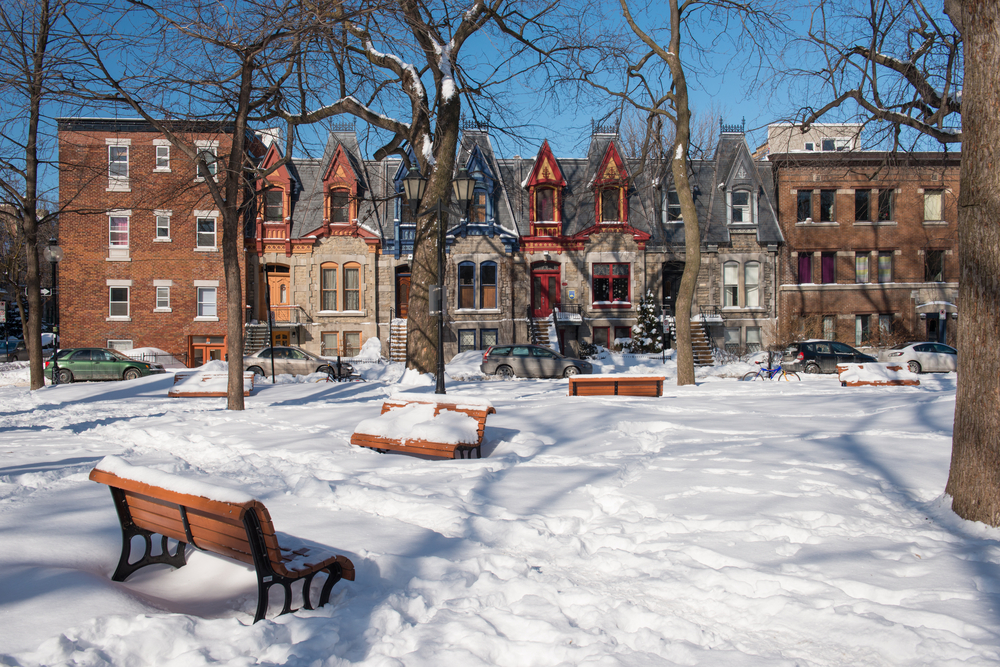 Even spending a third of the year covered in snow doesn't prevent Montreal buildings benefiting from light-colored roofs. Richard Cavalleri/Shutterstock

“In cooler climates, installing cool roofs may even prevent buying an air conditioner altogether," Akbari said. "Even in non-air-conditioned buildings, cool roofs improve comfort during hot summer days. And in extreme cases, these roofs may even save lives by reducing the risk of heat stroke."

Buildings in such northern locations are also much less likely to have solar panels on them, something that prevents many environmentally minded building owners taking action closer to the tropics.

Most actions to cool the planet prevent warming by reducing the release of heat-trapping gasses. This is where most of the benefits from cool roofs come as well. However, by reflecting more sunlight even than a typical surface area, light-colored roofs can actually cool the planet rather than limiting the warming. For some people, this provides a more powerful incentive to act than mitigation alone.