In a rather tragic and grisly chain of events, a whale that had become stranded off the coast of Norway and had to be euthanized was found to have around 30 plastic bags in its stomach, highlighting the issue of plastic pollution in the ocean.

The Cuvier beaked whale, which was said to look malnourished and in a poor condition, was put down by wardens after repeatedly becoming stranded in shallow waters off the island of Sotra, Norway.

When researchers at the University of Bergen performed an autopsy on the mammal, they analyzed the stomach contents and found huge amounts of plastic, including 30 plastic bags and other plastic waste. 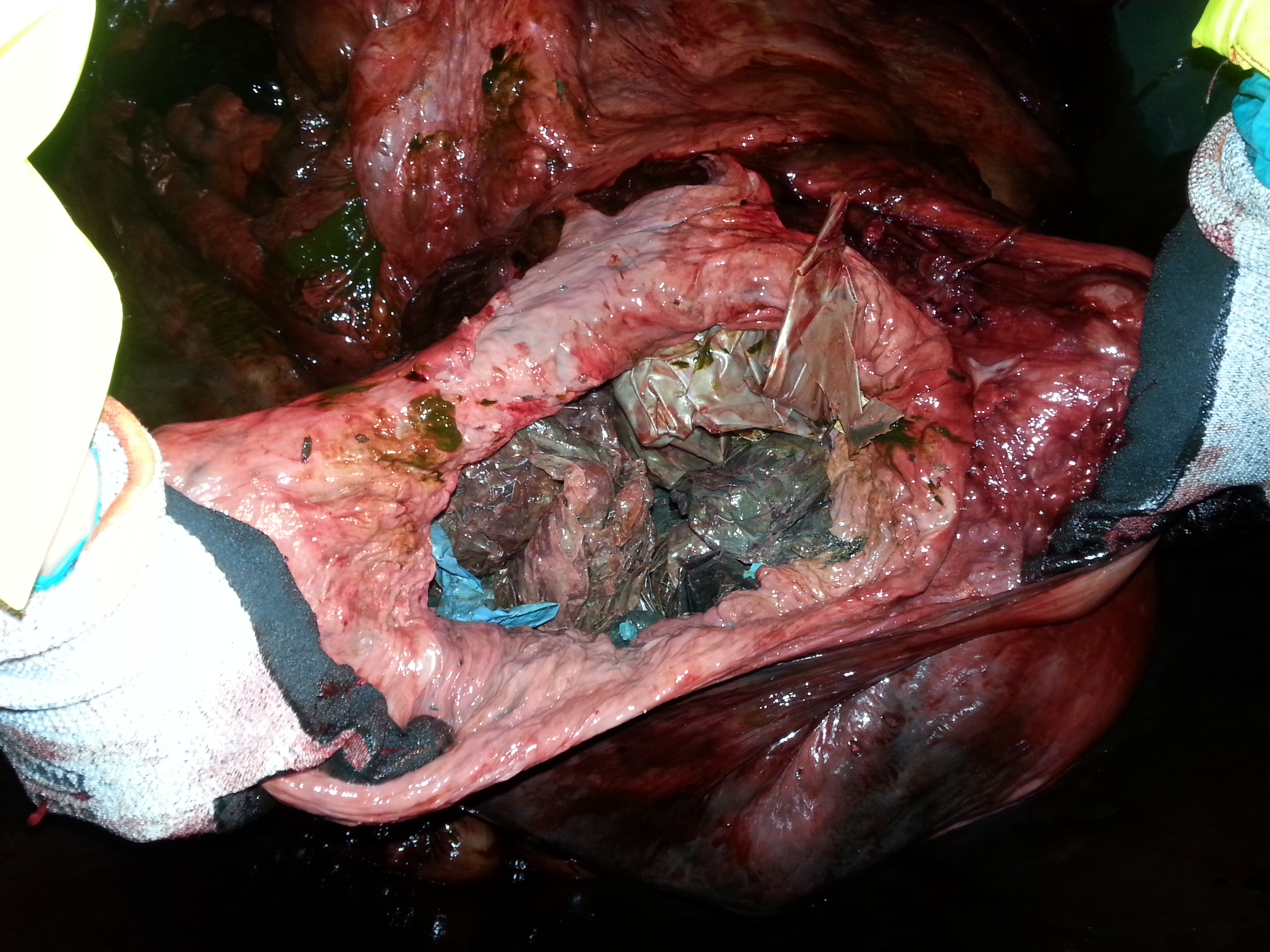 Unfortunately, they weren’t shocked by this.

“The whale's stomach was full of plastic bags and packaging with labels in Danish and English,” Dr Terje Lislevand, a zoologist at the University who studied the whale, told Norwegian newspapers. “The findings are not surprising, but clearly it is sad to discover such large quantities.”

He went on to explain that the whale had been emaciated, with very little blubber, suggesting it was malnourished. The non-biodegradable waste consumed by the whale, probably over a long length of time, had blocked the whale’s intestines, which the researchers suggested had probably prevented it from eating for some time. They also think blockages would have caused the whale severe pain. 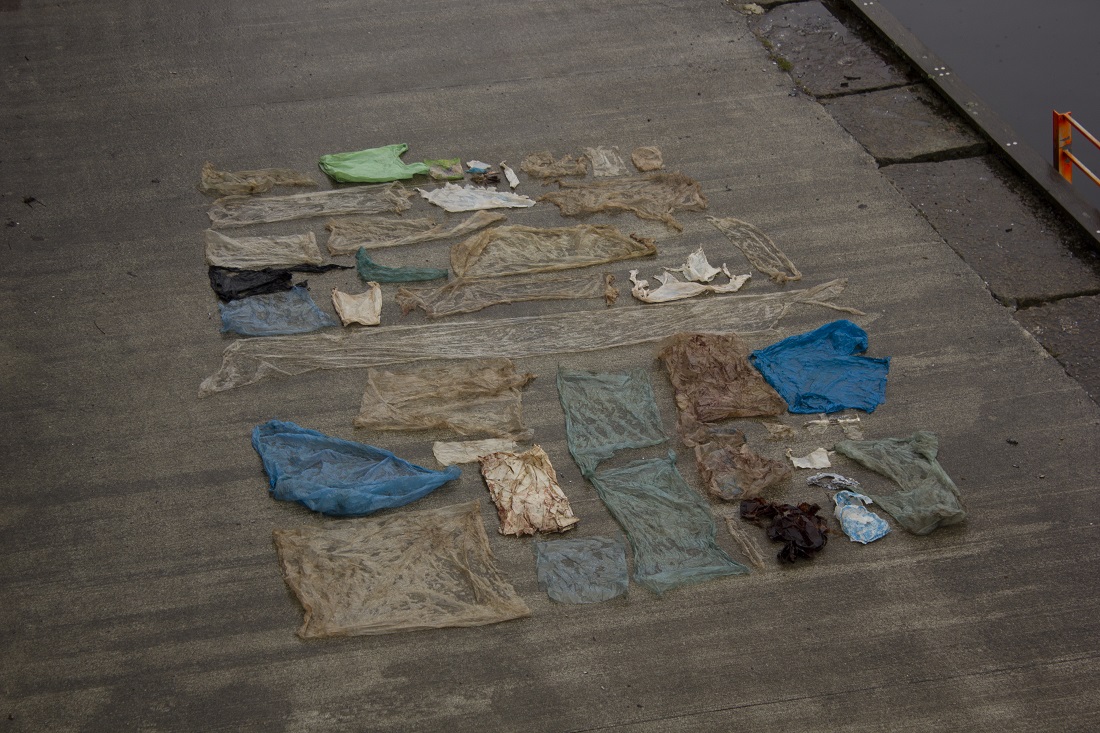 Plastic found in the stomach. (C) University of Bergen

Cuvier beaked whales, which are not normally found in Norwegian waters, can grow to about 7 meters (22 feet) and usually feed on deep-sea fish and squid.

"It wasn't like it was in just part of the stomach. It filled up the whole space,” Dr Lislevand told Sky News. "I think the whale has been in pain. I don't think it's been comfortable to have this in the stomach. It's the explanation of why the animal acted so strange and stranded."

There is an estimated 5 trillion pieces of plastic in the world’s oceans right now, and with around 100 million plastic bags being used in Europe alone each year, at least 8 million of those will end up as ocean litter. In fact, a report last year suggested that by the year 2050, there will be more plastic in the ocean than fish.

There are actions we can take to prevent tragedies such as these. After the UK introduced its 5p charge for plastic bags in shops and supermarkets, reports have shown that plastic bag use dropped 85 percent in the first six months, from 7 billion bags used to 500 million. 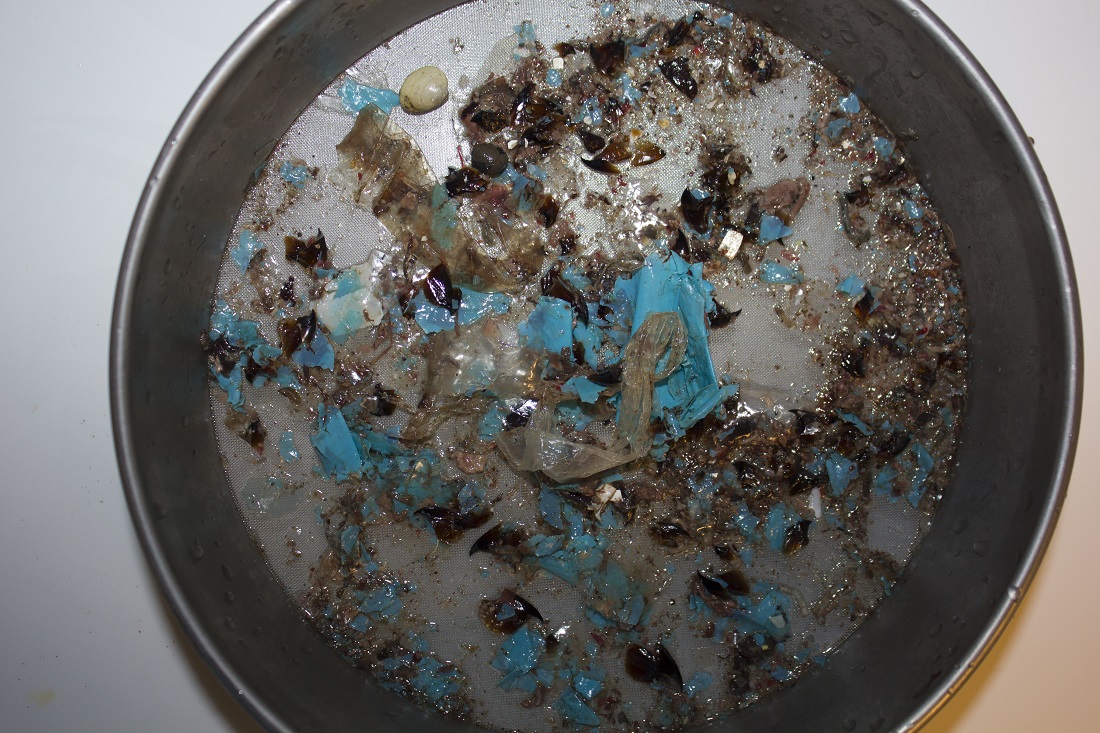 Additional smaller pieces of plastic found in the stomach. University of Bergen