Dutch police attracted worldwide attention for training eagles to take down drones. It seems Australian raptors, already suspected of using fire, don't need any human assistance in this department, and they've created a problem for a Western Australian gold mine in the process.

Gold Fields, a South African mining company now gone global, operates the St Ives mine near Kalgoorlie, WA. Surveyor Rick Steven told IFLScience unmanned aerial vehicles (UAVs) are used to produce three-dimensional images of the surface above the mine, including measuring the size of piles of dumped material. The records they provide help coordinate operations. Steven added that use of UAVs at mine sites is “starting to pick up” but St Ives are ahead of other miners in Australia, and probably most of the world, in the extent to which they are applying them.

This application of technology may have attracted the respect of other miners, but it has earned the ire of the wedge-tailed eagles that live around the edge of the mine site, costing the company over $100,000. So far Steven has lost 10 UAVs, and while one of them was a result of human error, the other nine were taken down by eagles. Each vehicle costs $10,000, and some of the attacks have also destroyed the similarly-priced camera on board.

Steven assured IFLScience that the eagles, which have twice the wingspan of the UAVs and tough-as-nails talons, don't seem to be suffering any damage from the encounters. The UAVs have soft exoskeletons, and the propellers are designed to stop as soon as they encounter resistance. “It's eagles: nine, me: zero”, Steven said ruefully. 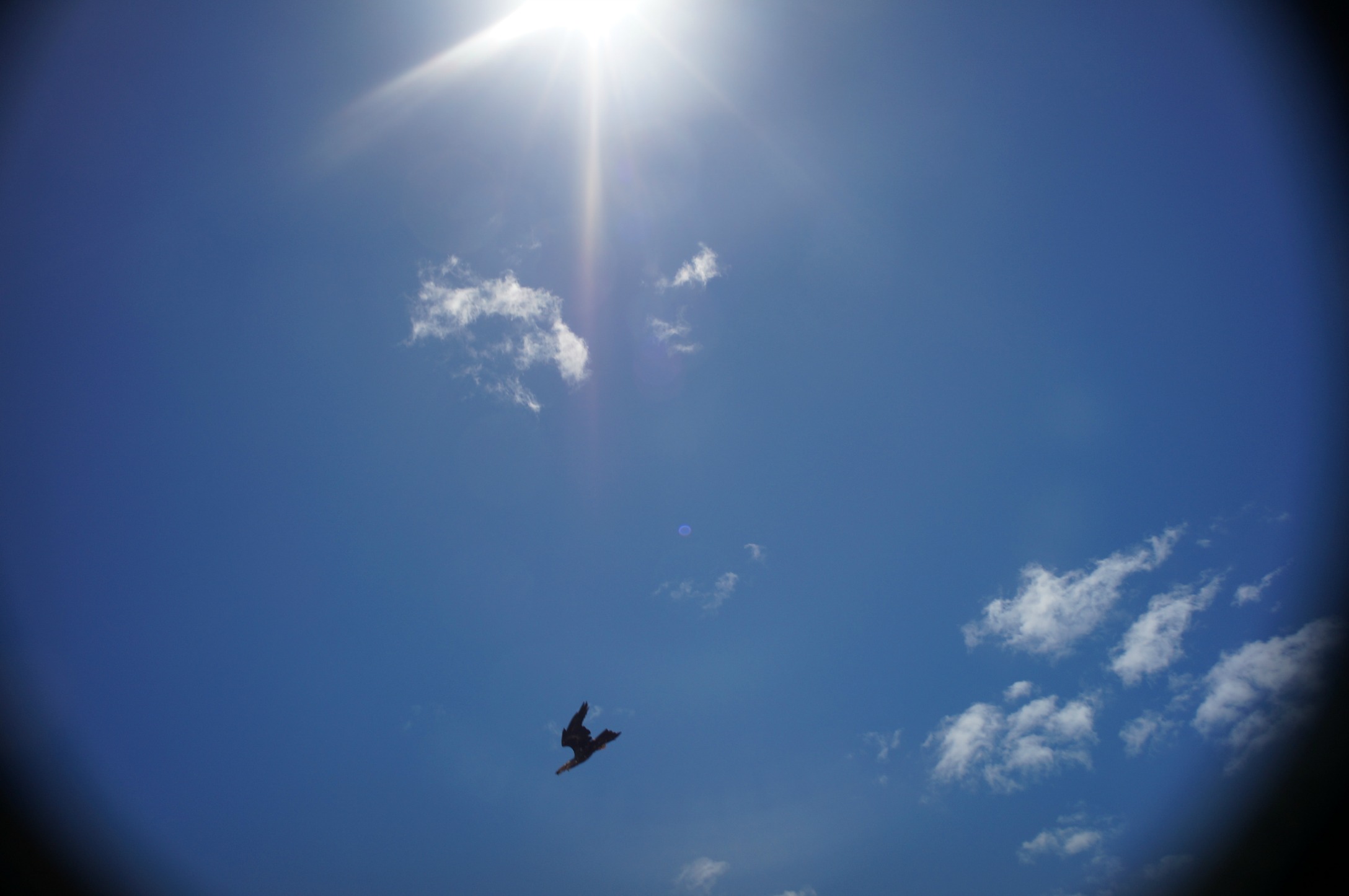 This may be the first photograph ever taken of an eagle by its mate. Both eagles attacked Steven's UAV at the same time, one of which swung the camera around, causing it to photograph the other. Rick Steve/unnamed wedge-tailed eagle

After consulting raptor experts Steven has concluded that the eagles see the UAVs as rivals entering their airspace, rather than prey. “They let juveniles pass through their territory, but will attack something they see as sticking around,” Steven said. On their first flights the UAVs were unmolested, but it seems the eagles now see them as intruders and attack at every opportunity.

Steven has attempted to address the problem by camouflaging the UAVs in a variety of ways, however, he told IFLScience the only thing that seems to work is to fly early in the day before the thermals the eagles love to coast on have started. This interferes with his work as he gets better images when the Sun is overhead, but both to save money and to minimize annoyance to the eagles Steven has decided to stick with early morning flights. Larger drones seem unlikely to work, since Steven says he has heard reports of wedge-tailed eagles having a go at hang gliders.

It's easy to see the eagles as nature fighting back, Avatar-like, against the destructive effect of mining on the environment. If so, Steven argued, they have the wrong target. The St Ives mine lies predominantly within a salt lake that is dry much of the time, so only the mine's outer edges extend into territory with living inhabitants that could be disturbed.

Elsewhere in Australia things are different, with mines facing fierce opposition for their destruction of endangered species, and threats to surrounding farms and local water supplies. Proposed coal mines in the Galilee Basin (financially dependent on government subsidies) would be sufficient on their own to virtually destroy any chance of the planet maintaining a safe climate. Will these eagles, like Tolkein's, know when to show up?