Hidden beneath the lush green canopy of the Southeast Asian rainforest, researchers have revealed what many agree to be the most significant archaeological discovery in recent years. It seems that over 1,000 years ago, the region surrounding the massive religious complex of Angkor Wat in Cambodia once supported a vast network of cities that would even rival the country’s modern-day capital.

This latest revelation comes after initial surveying completed in 2012, which showed that the forest surrounding Angkor Wat, already the largest religious complex on Earth, was hiding evidence that the compound was even bigger than what can be seen today.

The researchers have now announced the findings of an expanded study, published in the Journal of Archaeology, that reveals that to their astonishment the system of roads and cities was even more extensive than anyone had expected. Dating from between 900 and 1,400 years old, some of the cities are so vast that they even compete on size with Cambodia’s modern-day capital city, Phnom Penh. 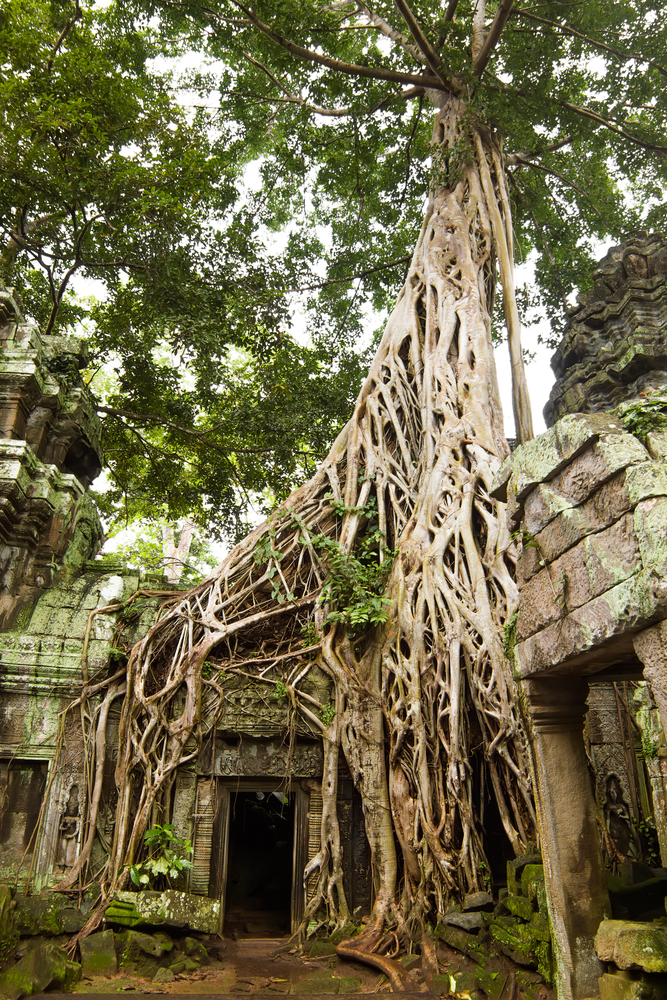 By flying over the forest in what is the most extensive airborne archaeological study ever undertaken, covering 1,901 square kilometers (734 square miles), the team of scientists fired lasers down to the ground that are then reflected back in a technique known as LiDAR (light detection and ranging). Originally developed by the military to identify the location of submarines beneath the waves, the technology can also see features on the ground beneath the forest canopy, and has proven to be an incredible tool in identifying details that are easily missed or hidden on the ground.

They found that there was once an extensive system of water channels and roads connecting numerous cities throughout the area, built centuries before archaeologists thought that the technology had reached the region. The new discovery will completely turn everything we thought we knew about the Khmer empire, how it developed and flourished and subsequently collapsed, on its head.

With such a huge, thriving metropolis deep within the jungle, what could have caused it to fall and be swallowed up by the surrounding vegetation? Well, it seems that the defining signature of the Khmer empire, its immense hydraulic engineering program, may have been its downfall. The civilization is well known for building vast canals and reservoirs that enabled the people to manage the seasonal rains. In turn, this provided them with enough food and wealth to support such large communities.

But at the Khmer's peak, it seems that a changing climate became more erratic, shifting dramatically between dry and wet periods. This, it seems, set in motion a series of declines from which the Khmer could not recover.

Image in text: The vast cities were reclaimed by the surrounding rainforest over the centuries after their decline. tuulijumala/Shutterstock