For six consecutive months (and counting), the UK’s solar panels generated more electricity than coal. Research by climate change information organization Carbon Brief reveals that this is thanks to solar capacity having nearly doubled since 2015, along with changes to the wholesale energy markets.

Between April and September, the solar output was roughly 5.2 percent of the total UK electricity demand, slightly higher than the 4.7 percent of demand satiated by coal. This was aided by the sunnier summer months, so there is some worry that the pattern will reverse again once darker and colder winter days begin to creep in.

“Solar overtaking coal this summer would have been largely unthinkable five years ago,” James Court, policy chief at the Renewable Energy Association, told The Independent.

“This new data shows its popularity amongst homeowners and businesses and its falling costs. Now that we have a significant global and domestic industry, solar is one of the cheapest forms of power.”

Examples like this underline just how much renewable energy is on the rise. From 1960 to 2013, the proportion of the world that uses renewable energy sources has more than tripled, which coincides with a drop in global fossil fuel consumption by 13 percent.

The cost of constructing and using renewable energy sources, particularly wind and solar power, has been dramatically reduced as of late. The technology in itself is becoming more and more advanced with each year that passes.

With the Paris agreement set to officially come into force, and various nations around the world embracing clean energy like never before, have we finally hit upon a renewable energy revolution? 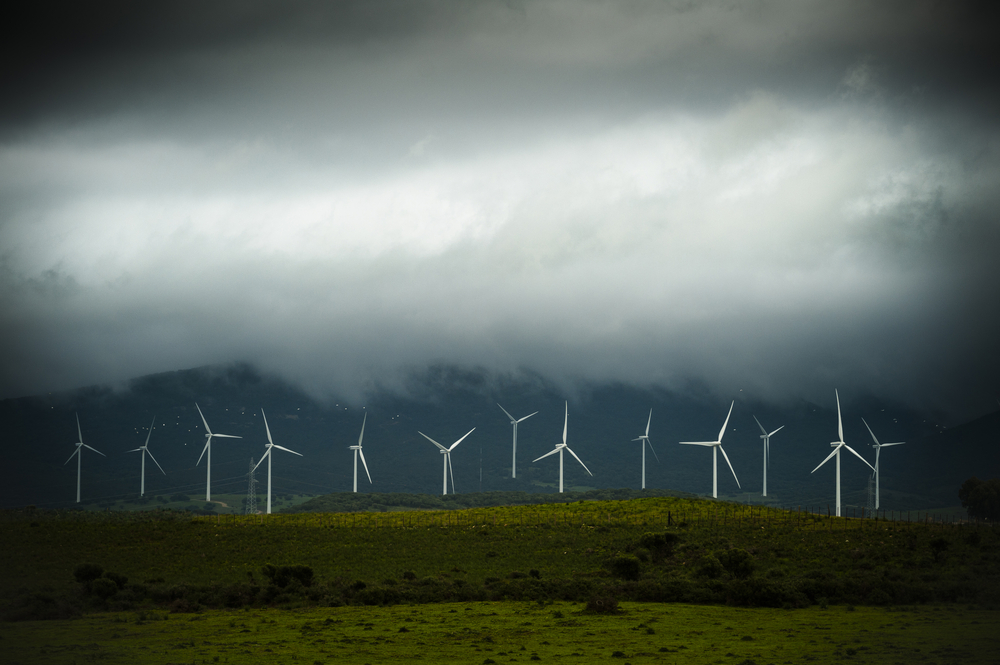 Wind power has never been cheaper, but ominous forces threaten its proliferation. Calima010/Shutterstock

Not quite, unfortunately. The story, as always, is more complicated than this. Sure, China is embracing the groundbreaking climate pact, and it’s building wind farms at a blistering rate, but it’s also not weaning itself off coal-fired power plants. India is in a similar position, with lawmakers there pointing out that coal is still cheaper than many alternatives.

The UK may be switching to more nuclear and renewable energy sources, but it’s also currently allowing plenty of fracking, a controversial and poorly understood process that generates earthquakes and unleashes climate-changing natural gas. Additionally, Scotland often claims to be a bastion of environmentalism, but it keeps investing money in the North Sea oil fields.

The British government has also cut funding for solar power installation recently, threatening to reduce its share of the national energy market.

“The role for solar is significantly expanding as we develop complementary energy storage technologies, but we need government support to continue to achieve its potential,” Court said.

Renewable energy alone cannot power all nations at the moment and provide them with adequate energy security. Nuclear energy, an extremely low-carbon and highly efficient energy source, is required to meet the challenges laid down by the Paris agreement. However, the overblown nature of the Fukushima incident in 2011 has sadly led many nations across the world to close down their nuclear power plants.

What is true is that we have the tools right now to completely change the way we derive energy. Examples like this show that solar and wind power are cheap and easy to attach to the grid. Nevertheless, if we are to truly stop ourselves from reaping the whirlwind, there’s a lot more that needs to be done.

Firstly, we need our governments to stop investing in fossil fuel extraction at the very same time they claim to have green credentials. Failing that, we need to stop politicians that think that climate change isn’t important – or doesn’t exist in the first place.