The reign of the non-avian dinosaurs lasted for about 186 million years, emerging from the “Great Dying” mass extinction event and being snuffed out when an asteroid slammed into Earth. Along with these fearsome famous beasts, the world was populated by a host of other incredible creatures, including pterosaurs – flying reptiles that were the earliest vertebrates known to have developed powered flight.

Pterosaurs came in many shapes and sizes, with most in the Late Cretaceous period – 100 to 66 million years ago – having a wingspan of no less than 4 meters (13.1 feet). An incredible new study published in the journal Royal Society Open Science reveals that a dwarf pterodactyl flew across what is now the western seaboard of North America 77 million years ago. Adorably, it had a wingspan of just 1.4 meters (4.6 feet).

This toothless reptile was reconstructed based on several skeletal fragments found from a site on Hornby Island in British Columbia, Canada. With everything taken into account, at best, it would have been no larger than a typical domestic cat, and the authors of the study describe it as “atypically diminutive.”

This little critter, technically known as an azhdarchoid pterosaur, would have cowered at the sight of the largest pterosaurs, which had wingspans the size of a small plane. For example, the azhdarchoid Quetzalcoatlus northropi, named after an Aztec serpent deity, was one of the largest flying animals in Earth’s history with a wingspan of up to 11 meters (36.1 feet).

Typical members of the Azhdarchidae family are characterized by long legs, extremely long necks, and spear-like jaws, so this newly discovered dwarf is particularly unusual. It’s unmistakably an adult, too – the bone fragments show extensive maturity at the time of death – meaning that this was likely as big as it ever would have got.

“There are [smaller] pterosaurs from earlier on during the Late Triassic – they started out quite small, with wingspans of around 1-2 meters from when they first evolved,” lead author Elizabeth Martin-Silverstone, a palaeobiology PhD Student at the University of Southampton, told IFLScience. “Most by the Late Cretaceous were massive though, which is why this new species is so significant.” 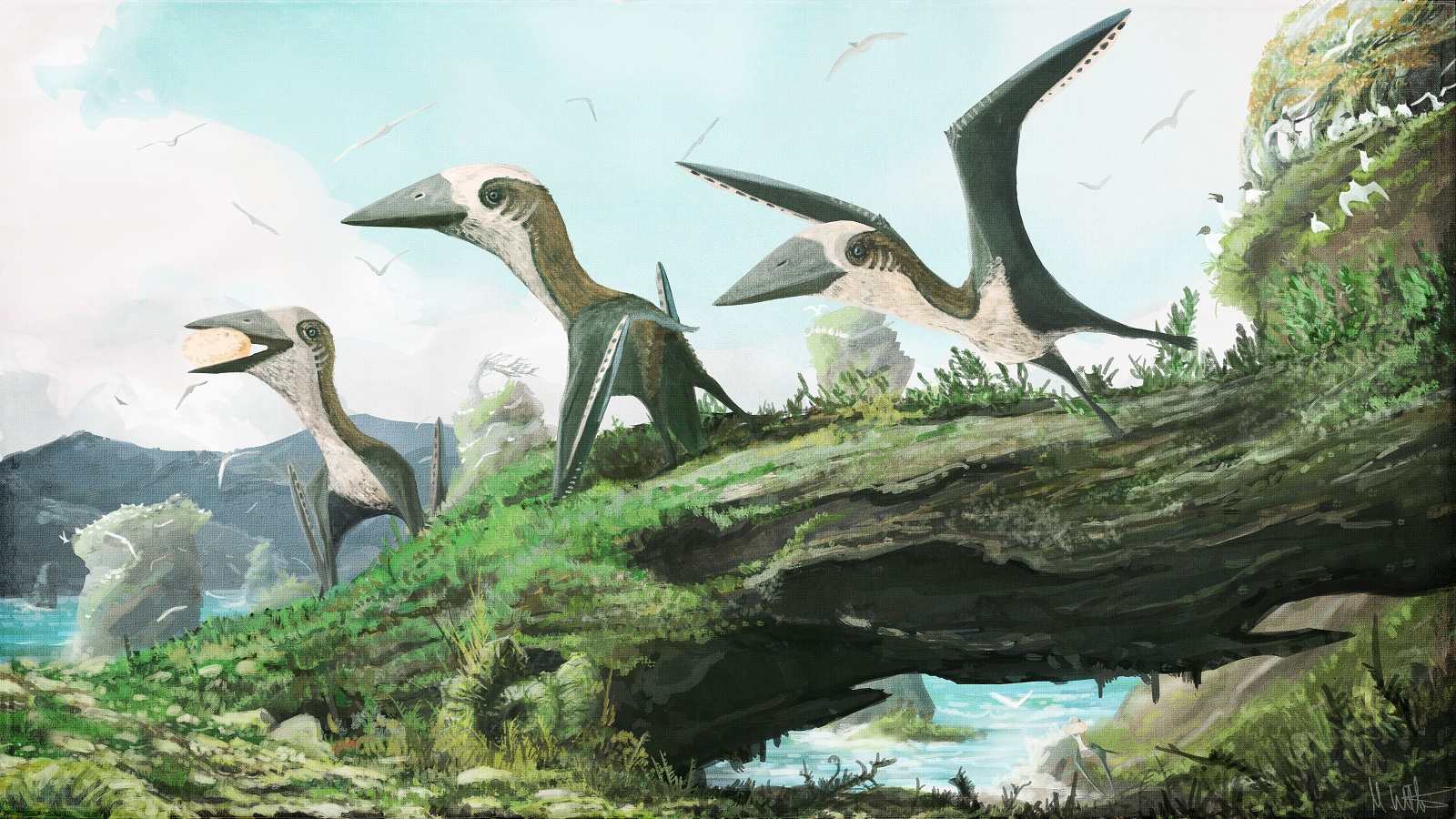 A normal scene along the western coast of North American 77 million years ago. Mark Witton

Around 77 million years ago, this pterosaur lived in a coastal environment populated by a diverse range of creatures living in or around multiple islands. Although it’s purely speculative at this point, the researchers think that it fed by skimming along the water and catching aquatic prey, or perhaps by feeding on smaller terrestrial creatures. It would likely have coexisted with some of the earliest birds.

This dwarf may not have been the smallest pterosaur of all time, but it certainly stands out as being initially unusual for the Late Cretaceous, where the average wingspan size was a couple of meters greater. The largest back then resembled furry, winged, carnivorous giraffes.

It’s not surprising that it took paleontologists this long to find a specimen of such a small Cretaceous-age pterosaur. The fossil bed it was found in is heavily biased towards preserving larger beasts. Pterosaurs, with their hollow bones, are poorly preserved here, so it’s incredibly lucky this small monster was found back in 2009.

“This discovery points to the fact that we really understand pterosaur diversity – and of course, just because we know of bigger ones, doesn’t mean we don’t have small ones too,” Martin-Silverstone added.

At present, this pterosaur doesn’t have a scientific name, as there aren’t enough well-preserved remains to make an official declaration. The hunt is on for any additional specimens that may still be hiding in the ancient North American soil. 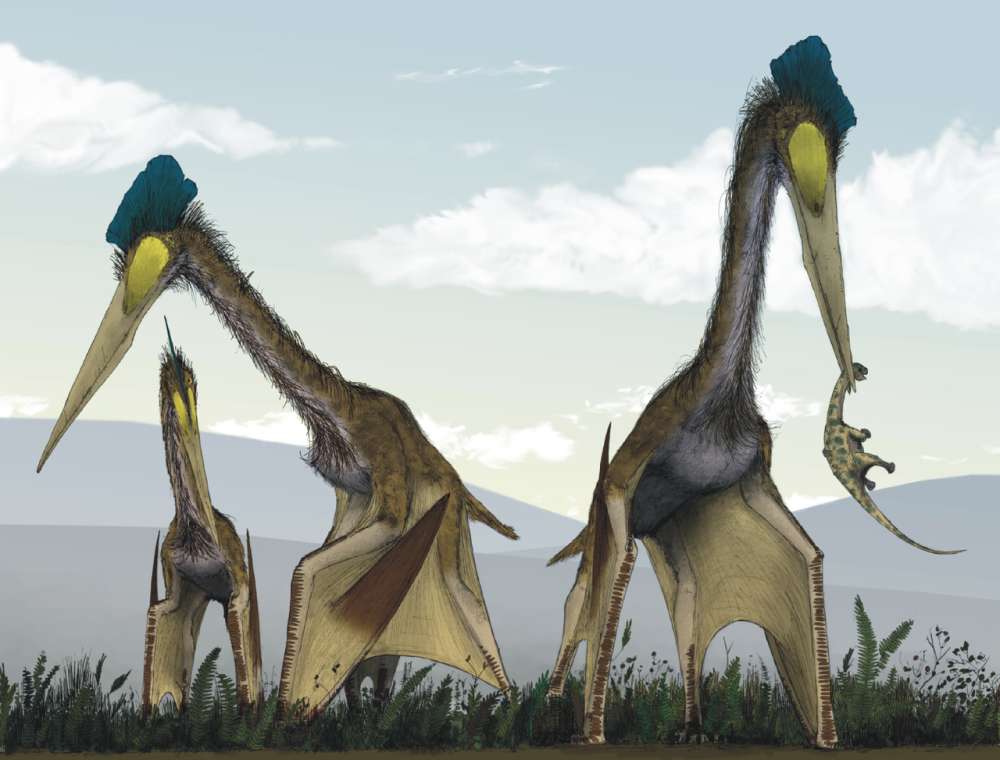