A Dutch environmental startup has raised over $30 million to jumpstart their mission of cleaning up the Pacific Ocean from plastic trash.

The Ocean Cleanup hopes to start work next year to take on the 5 trillion pieces of plastic currently floating around in the ocean.

Using the tired method of boats and nets, this could take centuries to do. Instead, their unique approach will use the ocean's currents to capture the floating plastics against a barrier that floats on the water’s surface. This also allows sea life to swim beneath undisturbed. Once the plastic has been passively concentrated against the barriers, it’s then easily extracted from a centralized point and shipped to land for recycling.

Founder Boyan Slat set up the company in 2013 when he was just 18 years old. He gained notoriety after his TEDx talk, How the Oceans can Clean Themselves, went viral in 2012. Since then, his idea of using floating carriers to catch ocean plastics won the prize for Best Technical Design at Delft University of Technology. Last year, his company carried out the first aerial survey of the Great Pacific Garbage Patch.

Plastics tend to congregate in certain portions of the seas due to the ocean’s currents, and the Great Pacific Garbage Patch, located in the ocean between Hawaii and California is one of the biggest. Ocean Cleanup's aerial survey estimated it could be 3.5 million square kilometers (1.35 million square miles) across and this is where Boyan wants to roll out his plan first. 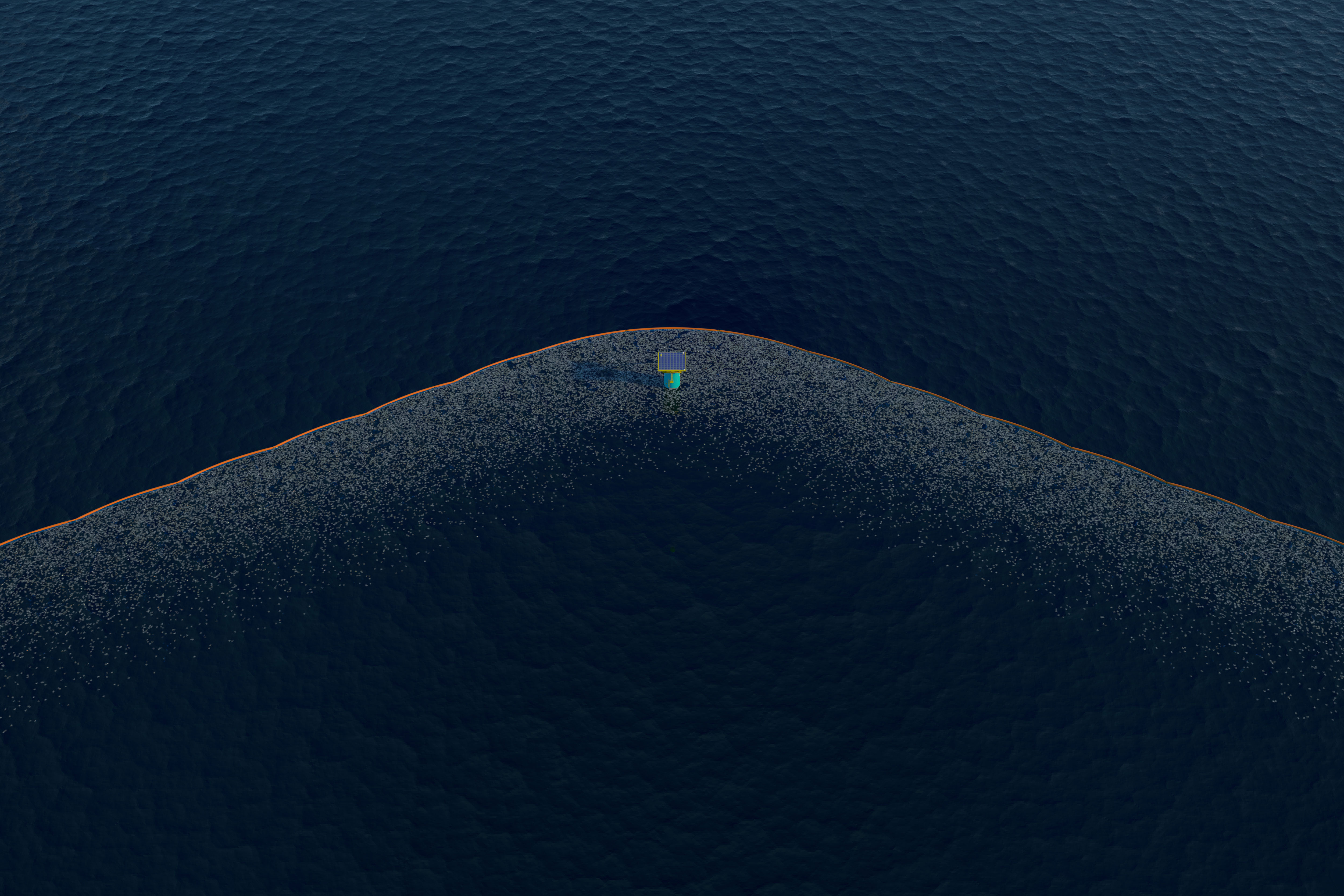 An artist's impression of the tech in action. Erwin Zwart/The Ocean Cleanup

Until now this project has remained an idea and a lab experiment but a new injection of cash means they hope to launch the first experimental cleanup system in Pacific waters by the end of this year. They've rustled up $21.7 million in donations since last November, bringing their total funding since 2013 to $31.5 million.

Investors of the project include numerous Silicon Valley venture capitalists with the Midas touch, such as Peter Thiel, Paypal co-founder and the first outside investor in Facebook.

“Our mission is to rid the world’s oceans of plastic, and this support is a major leap forward towards achieving this goal," Slat said in a statement. "Thanks to the generous support of these funders, the day we’ll be returning that first batch of plastic to shore is now in sight,”

On top of all this, Ocean Cleanup is set to announce a new project on May 11, revealing what they have been working on for the last two years, which they will live stream from their website.