You may have seen the video of a huntsman spider falling on a man’s face, or more recently the photo of one dragging a mouse up a refrigerator. This might fill many of you with abject horror as the spiders, which can grow to have a leg span of up to 30 centimeters (12 inches), may look like they have just crawled out of Dante’s Inferno, but do the arachnids deserve their fearsome reputation?

Despite their massive size and creepy appearance, the huntsman is pretty low risk to most humans. While many may refer to them as “tarantulas”, the spiders actually belong to the family Sparassidae, and are a diverse group found from Florida to Namibia, China, and obviously Australia. While the large creatures can give a fairly painful bite, it is not considered dangerous to humans, resulting instead in localized swelling and pain, and occasionally nausea, vomiting, and heart palpitations.

Generally, the critters tend to keep to themselves, doing a useful job in keeping the numbers of cockroaches, crickets, and the occasional mouse down, although reports do suggest that females guarding egg sacks are more aggressive, so maybe just leave the expectant mothers alone.

Anyway, if you’re living in Australia you’ve got a whole host of other far more dangerous spiders you should be keeping an eye out for instead.

The Sydney funnel web is a large species that – you guessed it – lives in and around the region of Sydney. With a habit of wandering in search of mates, the males are most likely to be encountered as they scuttle over ground coupled with the unfortunate proclivity of falling into swimming pools. The spiders are aggressive and can deliver one of the most toxic venoms to humans of any spider. Not all bites from the arachnids inject venom, though this is difficult to tell and so all bites are regarded as a medical emergency as the onset of symptoms usually occurs within the hour.

It’s not only the big spiders than you need to be cautious of, though. The infamous redback spider only grows up to 1 centimeter (0.4 inches) and is found throughout much of Australia. The creatures have a penchant for hiding in dark, dry places, such as among logs, junk piles and, unfortunately, toilets. This latter habit contributed to the story of the "unluckiest man in Australia", who managed to get bitten by a redback on his penis not once but twice in one year. Despite their diminutive size, around 250 people a year need to be administered anti-venom to save them from potentially fatal bites.

But regardless of how dangerous the spiders are, in most cases leaving them alone is the best option. Let them do their thing; after all, they are doing a vital job in keeping the level of pests, such as crickets, mosquitoes, and flies down, providing us with a valuable service. If you’re really bothered by them, as some people understandably are, it’s better to safely remove the arachnids, and place them away from the house where they can continue to hoover up the other unwanted insects. 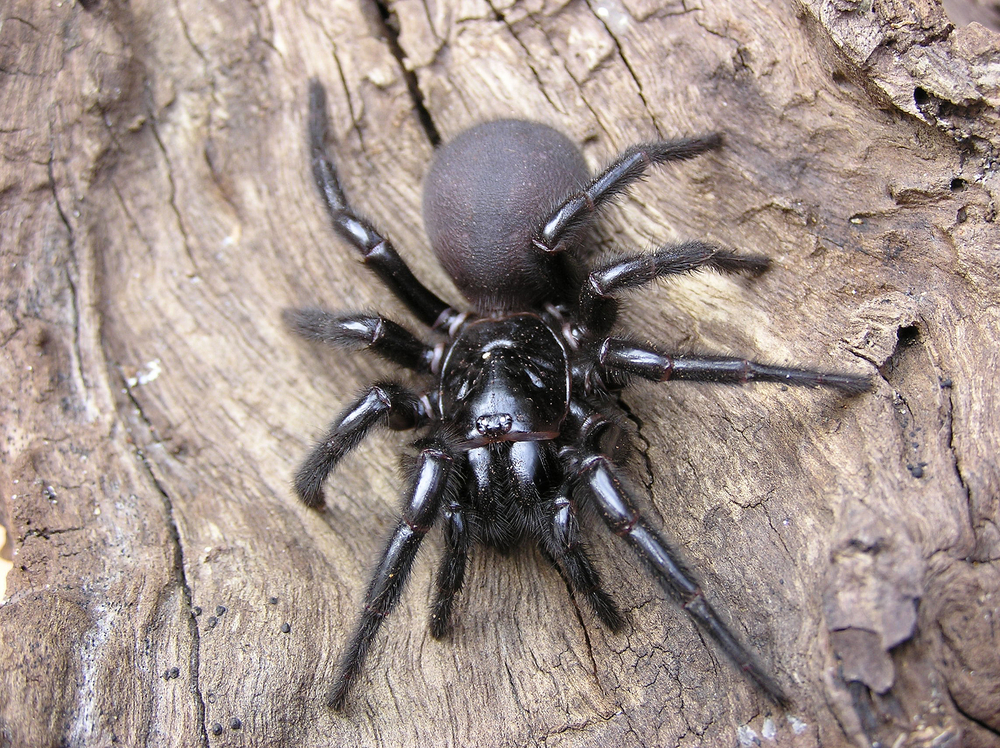 Sydney funnel web spiders are one of the most venomous in the world. James van den Broek/Shutterstock