Many of you may not have even heard of it, but the vaquita has taken yet another tragic step closer to extinction. The smallest cetacean in the world is also the most endangered, with the latest survey finding just 30 of the animals left swimming in their restricted range at the top of the Gulf of California. Bans on using gillnets in their range have been unsuccessful, pushing conservationists to come up with ever more extreme solutions to save the species.

In 2014, the number of the diminutive marine mammals fell below 100 for the first time, while in 2015 it was reported that this number had continued to plummet to 60. Now, the latest survey from last year has found that their numbers have halved once again, with only 30 thought to exist, despite a step up in conservation action to slow their decline.

The main threat facing the cetaceans is fishing nets. These nets are not set out to catch the vaquita, but instead a species of critically endangered fish known as the totoaba. The swim bladders of these fish are highly desirable on the black market of the Far East for its proposed ability to cure everything from liver disease to arthritis. 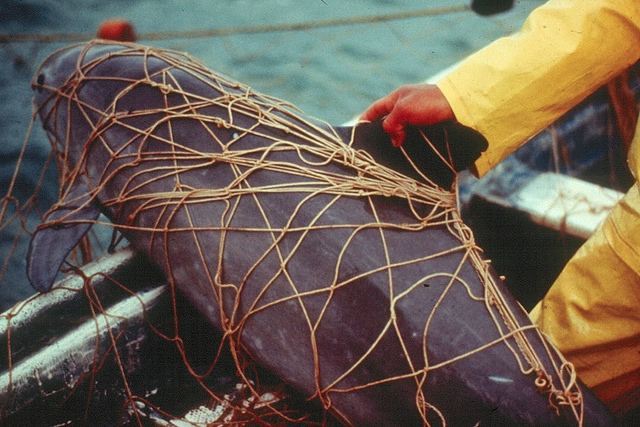 Due to the black market demand, criminal organizations now control the totoaba fisheries, and as a result law enforcement has been unable to prevent the setting of gillnets in the vaquitas' range, despite an agreement between Mexico and the US to try and protect the animals.

Earlier this year, it was announced that there is a plan in the pipeline to capture some of the last remaining vaquita and transfer them to a secure facility, where it is hoped that they can then become part of a captive breeding program. This same strategy was to be tried for the baiji river dolphin, but unfortunately it came too late, as when teams went to find some of the freshwater cetaceans, they found there were none to be found.

Hoping to avoid a repeat of this, conservationists will have to move fast following this latest report. They plan to train navy bottlenosed dolphins to locate the tiny porpoises and to alert their handlers to where they are, a move that is hoped will enable the rapid detection and capture of the notoriously elusive cetaceans. While the dolphins have yet to be tested on vaquitas, early tests have found that dolphins can successfully locate harbor porpoises in the San Francisco Bay.

The survival of the species now depends on whether or not efforts to protect the last few remaining vaquita happen quick enough.