Every dog owner knows the telltale look of a dog who did something it wasn't supposed to do.

Maybe she pooped on the floor. Maybe she chewed through your favorite couch cushion, or the carpet on the stairs.

You know she did something she shouldn't have done and, seemingly, she does too. Since you're a human being, you see that look and ascribe a common human emotion to it: guilt.

All the logic lines up: Your dog was left alone, did something they weren't supposed to do (that they know better than to do), and when they're called on it, their face says it all. Perhaps you're already saying "No! Bad dog! Bad dog!" or some variation thereof.

The truth is, despite your logical summation, the dog isn't feeling guilt. Instead, they're expressing a much more common, less complex emotion: fear.

Don't just take my word for it: That assertion is based on a 2009 study conducted by dog cognition scientist Dr. Alexandra Horowitz, author of 2009's "Inside of a Dog: What Dogs See, Smell, and Know" and 2016's "Being a Dog: Following the Dog Into a World of Smell."

Dr. Horowitz's 2009 study, "Disambiguating the 'guilty look': salient prompts to a familiar dog behavior," specifically focuses on the concept of how humans interpret dog emotions through the scope of human emotion. More simply: Humans tend to misattribute dog emotions based on human emotions. The "guilty" look is a prime example of this.

"I look at a dog showing the guilty look and it feels guilty to me. It does! We're kind of wired to see it this way, so it's nobody's fault," Dr. Horowitz told me in a recent interview.

The look is distinct: The dog cowers, showing the whites of its eyes while looking up at you. Maybe it pins its ears back to its head, yawns, or licks the air. These are all characteristic signs of fear in a dog — signs that us humans tend to misattribute as guilt. 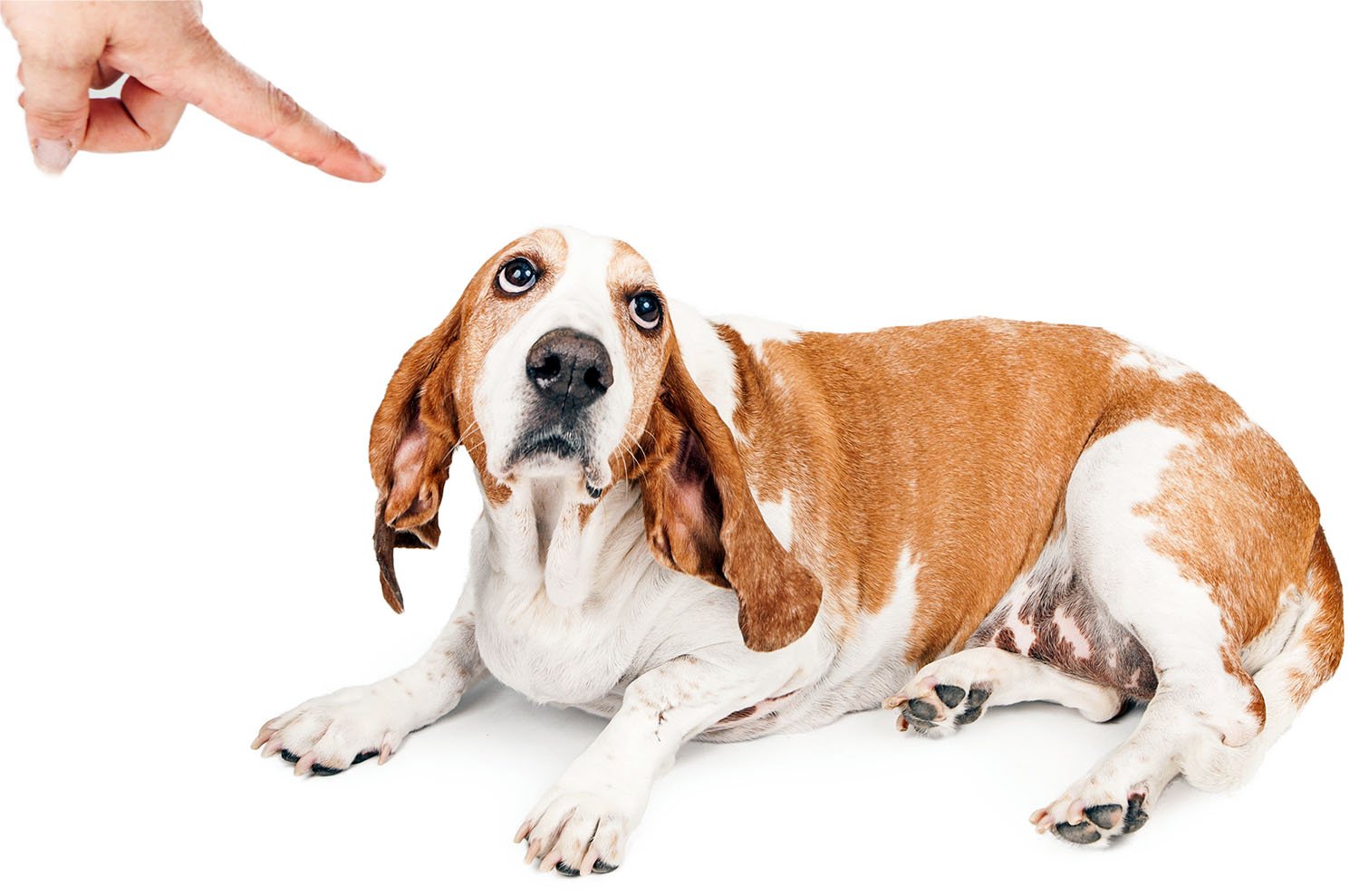 Horowitz's 2009 study is a clear demonstration of how humans tend to anthropomorphize their dogs. Here's how the study went, and what it revealed, based on the abstract:

To put that a bit more succinctly, the study found that dogs demonstrating a "guilty" look were actually demonstrating fear of scolding ("owner cues") rather than guilt ("an appreciation of a misdeed").

So, do dogs experience guilt? Maybe, maybe not.

The website "Dog Shaming" is dedicated to ascribing guilt to our canine cohorts. DogShaming.com

"It seems unlikely that they have the same types of thinking about thinking that we do, because of their really different brains, but in most ways dogs brains are more similar to ours than dissimilar," Dr. Horowitz told me.

That first bit is especially important — the concept of "thinking about thinking," sometimes known as "executive function" — because it means dogs aren't likely to reflect on their past actions and decide they've done something wrong.

"There is some work showing that some animals are planning for the future and remember specific episodes in the past," Horowitz said. "With dogs, there's not as much evidence yet. Which isn't to say that they don't, but it's to say that it's really hard to design experiments around it."

Dogs have memories, of course, but thinking about those memories in the same way human memories work is likely wrong.

"They're not remembering it in language," Horowitz said. "They don't talk about it. Do they think about it, when they're lying on the couch waiting for you to get home? We don't know. We would love to know that, but we don't know." 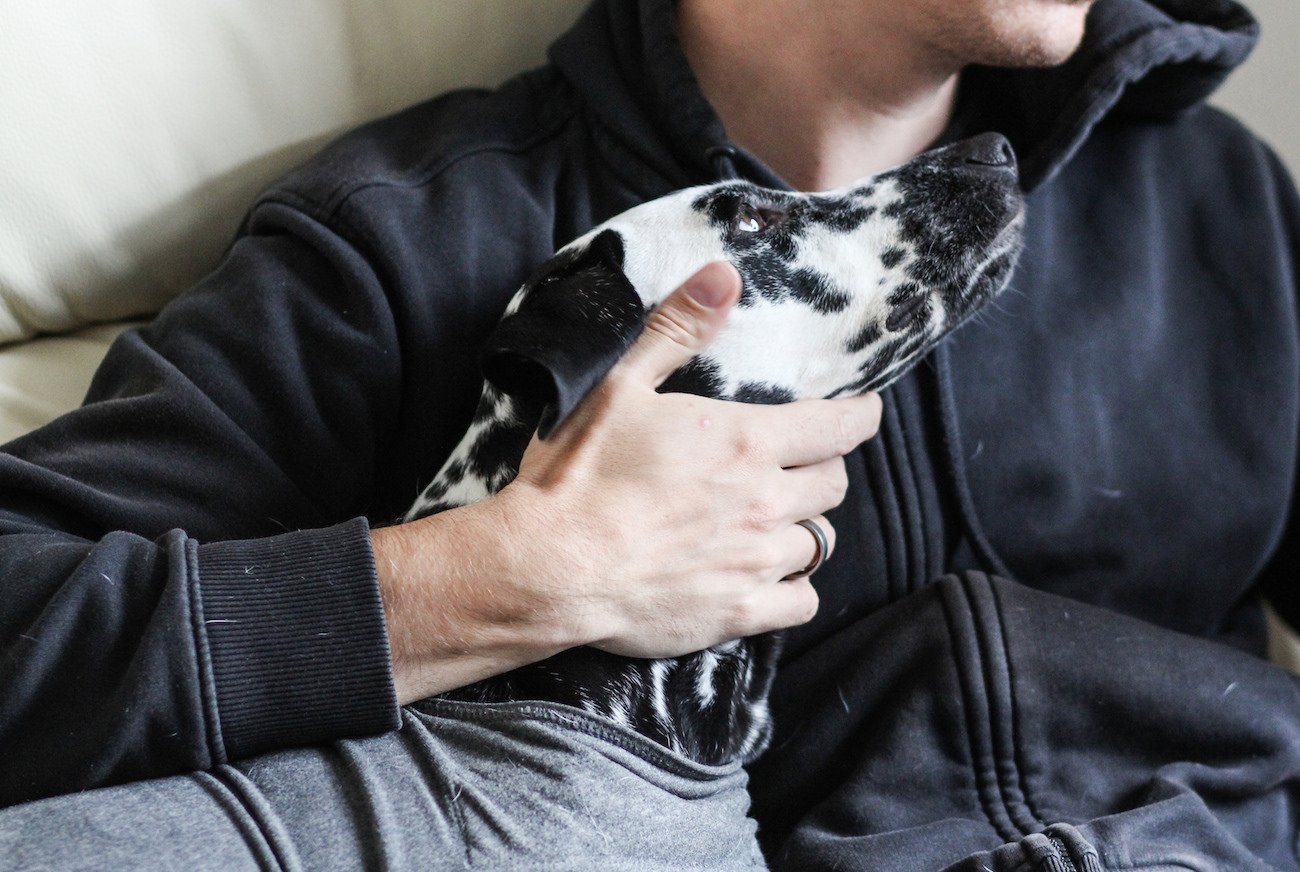 Lacking the scientific studies to explain how dogs experience emotion and memory, we instead turn to our own anthropomorphisms.

"When you adopted your dog, and suddenly you're living with a dog, within a week we have opinions about the dog's personality, what they're like and what they're thinking. It's a way to try to predict what's gonna happen next with an organism that we don't really know," Horowitz said. "So we use the language of human explanation, and we just put it on the dog."

Read next on Business Insider: Here's why cats sleep so much