The oceans are filled with creatures that form calcium carbonate structures. Corals and shellfish depend on the alkaline nature of the seas to do this, and are finding the task increasingly difficult. Yet one phylum has been thriving, with some species making more shells as the oceans change. Finally, scientists have worked out how this happens.

Foraminifera are small but exceptionally common marine animals that date to the Cambrian era 570 million years ago. Their shells fall to the sea floor, compacting to become an estimated 43 million tonnes (47.4 million tons) of limestone a year. Although foraminifera are a constant of the last half billion years, the dominant species has changed many times depending on environmental conditions. Deep sea cores allow scientists to track their evolution, and through it, ocean temperatures.

Despite their amazing survival, marine biologists expected foraminifera, like other species with calcium carbonate shells, to suffer under acidic conditions. With carbon dioxide increasing ocean acidity by 30 percent since the start of the industrial revolution, most marine shell-makers are doing it tough.

Yet some foraminifera are thriving. Utrecht University's Dr Lennart de Nooijer co-led a Dutch-Japanese collaboration exploring why. In Nature Communications they report that foraminifera operate a proton pump removing hydrogen ions from inside their cells and replacing it with carbon dioxide from the surrounding waters. The expulsion of hydrogen ions lowers the acidity inside the cell and increases it outside.

"In our experiments the foraminifera were regulating the acidity at the micro level. In the places where shell formation occurs, the acidity was substantially lower than in the surrounding seawater,” de Nooijer said in a statement. “Such an active biochemical regulation mechanism has never been found before.” 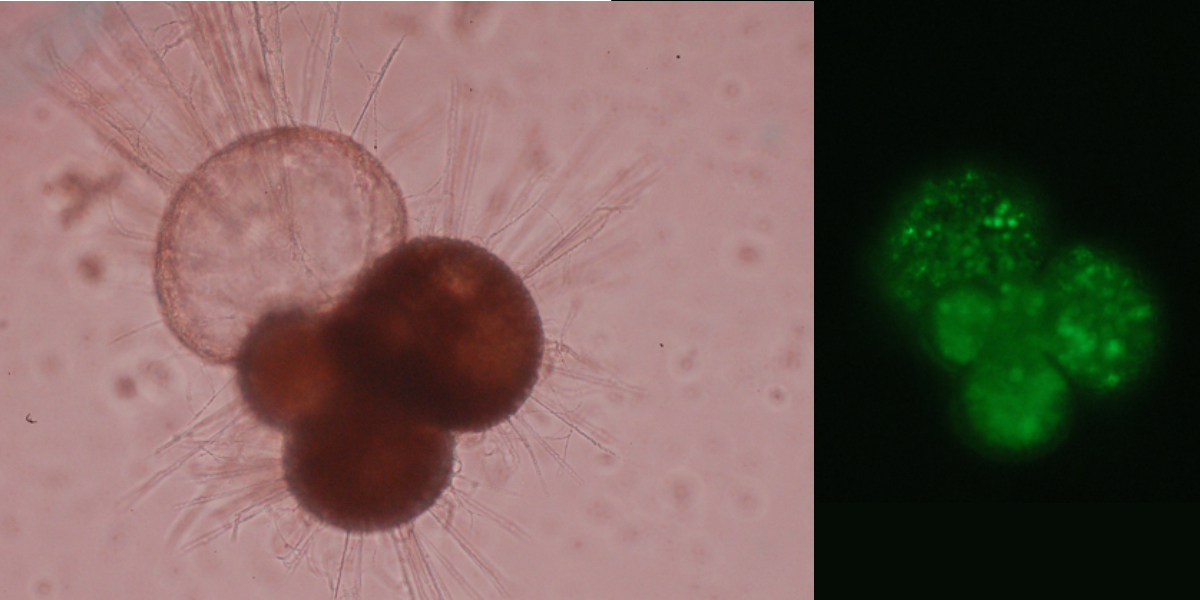 Left: A foraminifer with a shell containing three filled and one empty champer. Right: The interior of a foraminifer. The green color is caused by seawater with an indicator showing changed acidity. Dr. Lennart de Nooijer (NIOZ)

Since foraminifera are used to creating an acidic, carbon-dioxide-rich environment around them, it is not surprising that at least some species are not bothered by the additional material we are adding. Nevertheless, the researchers are not clear what will happen in the longer term.

Lime production was expected to fall in more acidic waters, with the positive effect of enhancing the oceans' capacity to absorb carbon dioxide. Alarmingly, co-author Professor Gert-Jan Reichart, also of Utrecht University, raised the possibility that foraminifera will maintain lime production, leaving more carbon dioxide than anticipated in the oceans and reducing the amount that can be absorbed. “This would mean that more carbon dioxide would remain in the air, leading to a more rapid warming of our planet," he explained.