If you have scoffed at urban myths of drug dealers injecting unsuspecting people who crossed their paths, think again. Such things do happen, but the culprits are fang blennies, a group of coral reef fish.

Most venomous fish deliver their dose using spines on their back, but members of the genus Meiacanthus have grooved teeth, often attached to venom glands, enabling them to deliver a toxic shock when they bite their victims. This alone makes them interesting to scientists, who conducted a study of the relationships within the genus and the venom itself.

In Current Biology, a team led by Dr Brian Fry of the University of Queensland announce their results, including the entirely unsuspected discovery that among the many molecules in the blennies' venom, there are a wide variety of opioids. These resemble opium, morphine, and heroin, but differ slightly from them.

Blennies use these molecules to discourage larger fish from eating them and to deter fish of similar size, including other blennies, from invading their territory. It seems to work, with descriptions of fang blennies disappearing into the mouth of a much larger fish, before reappearing while the potential predator appears shaken.

Most venoms used against predators, rather than those that serve to subdue prey, use pain as a deterrent. Fry describes being stung by a sting ray as “the second worst” pain he has ever felt, after breaking his back. Opiods, on the other hand, are famous for their role as painkillers.

However, there is a reason why competitive swimmers caught in drug scandals never seem to be doing heroin – it's not exactly performance enhancing. In a statement, Fry describes the effects on the victim fish as making them “slower in movement and dizzy”. Not only does this deter them from eating blennies, but it makes it difficult for rivals to claim their territory. The doses the blennies inject are insufficient to cause other fish to OD, but may induce disorientation, increasing vulnerability to predators. 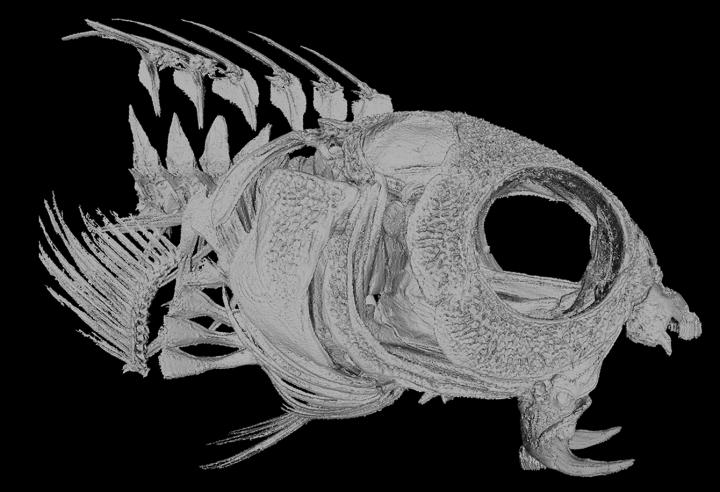 Fang blenny's look a lot scarier without their scales and flesh. Bryan Fry

Besides simply demonstrating that nature moves in mysterious ways, the discovery could be a pharmacological gold mine. Pain comes in many different forms, and existing opioids do different jobs. Yet we've barely scratched the surface of the potential of opioids. In the venom of even a single species of fang blenny, there could be molecules that block forms of pain we currently struggle to treat, while others may provide pain relief with lower risk of addiction.

Considering that most of the 28 known members of the genus are venomous, there is enough there to keep researchers busy for many years to come. However, with the blennies inhabiting one of the most endangered ecosystems on Earth, the coral reefs of the Indian and west Pacific Ocean, some of that potential is under threat. “This kind of study is an excellent example of why we need to protect nature,” Fry said.

Fry says the initial paper is just an overview of what the team have found, with many more in the works that delve into specific aspects, including the opioids, in much greater detail. Other highlights of the first paper include the blennies' teeth, which evolved before the venom as a way to rip chunks of flesh from larger fish, and they subsequently “got weaponized”, in Fry's words, with venom.

Of course, what many people want to know, purely for interest's sake of course, is the consequences of sticking your arm into a fish tank full of blennies. Since many species of blennies are popular in tropical fish tanks and will bite humans, this is not such a hypothetical question, but Fry doubts dentists who have run out of pain killers could raid their aquariums for more. The venom is used on fish that most often weigh 100 grams (0.2 pounds) or less. A human weighing a thousand times that is very unlikely to get high, or notice anything beyond the actual bite. 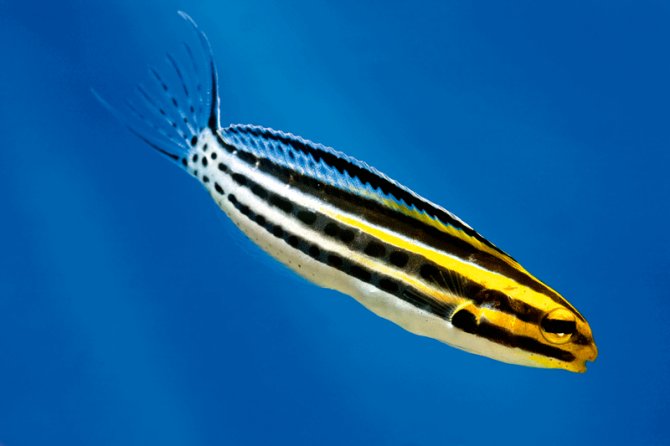