Female meerkats (Suricata suricatta) treat growth as a competitive sport, putting on weight to keep ahead of their sisters, according to a new study. And older females will put on a growth spurt if their younger siblings start catching up to them.

Meerkats live in groups (known as mobs) of three to 50, but what might look like a cooperative family is actually a hive of competition. At any one time, a single breeding pair produces 90 percent of the offspring, which the whole mob helps raise. Non-breeders may get their chance eventually, but suffer a real risk of never passing on their genes.

This leads to some vicious behavior, such as killing grandchildren, as well as nieces and nephews. It's not surprising that a documentary called "Meerkat Manor" became such a hit – it is pretty much a reality TV show that is actually real. Crucially, size is the most important determining factor in who gets to breed.

For the study, University of Cambridge scientists intervened in the lives of 14 meerkat groups inhabiting the Kuruman River Reserve, where "Meerkat Manor" was filmed. They fed a hard-boiled egg a day to younger female meerkats. Not surprisingly, they report in Nature, the favored meerkats grew much faster than is typical for their age, something they were able to measure by training the meerkats to climb onto scales. 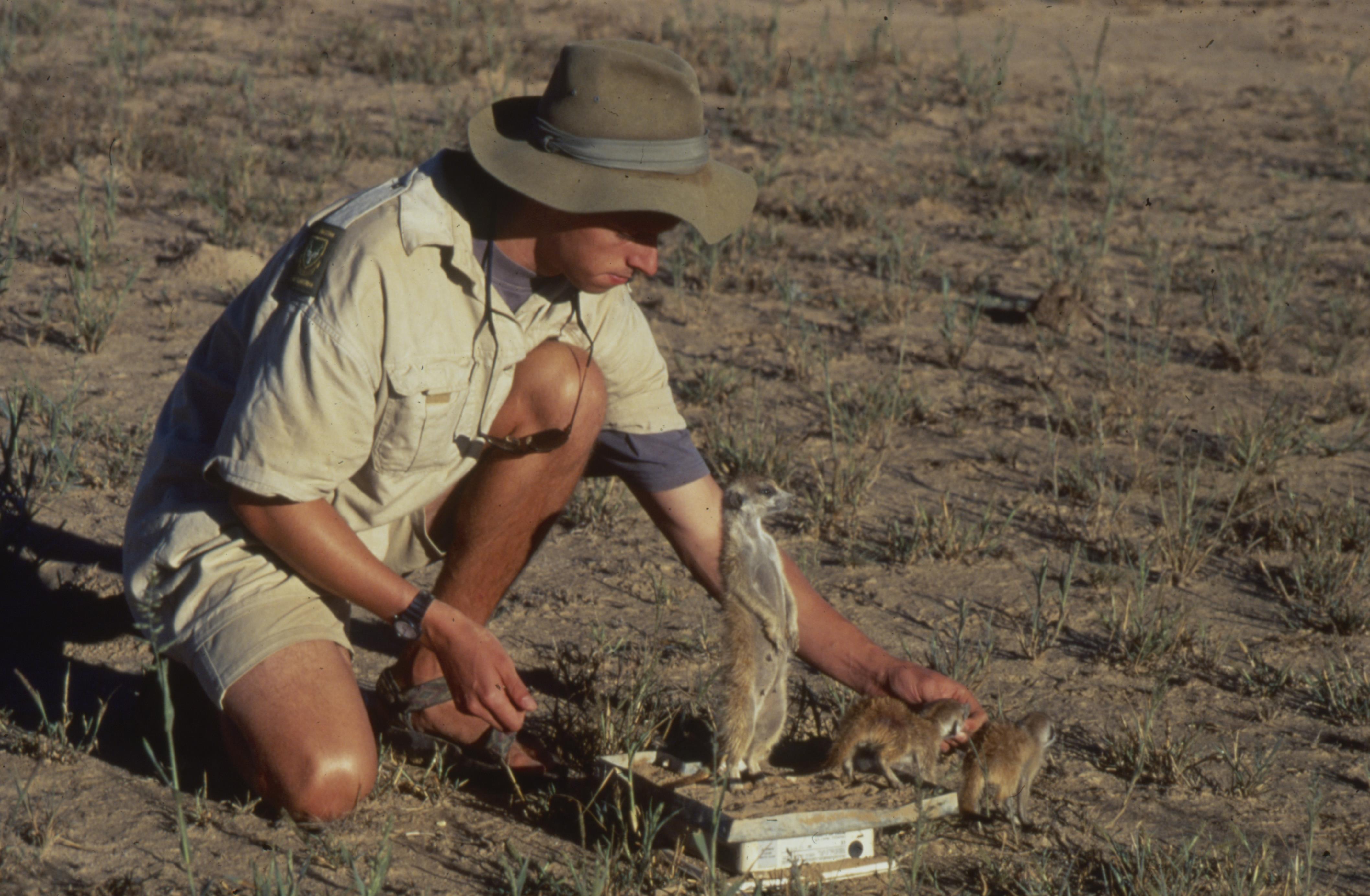 Training meerkats to climb on electronic scales to be weighed three times a day, 10 days a month, made the work much easier. Tim Clutton-Brock

The extra growth could have allowed these meerkats to overtake their older sisters in the breeding queue, but the privileges of primogeniture are not so easily forgone. Older sisters saw the threat and worked harder to find food, gaining more weight than comparable females in control groups. The extra growth of the older sister was correlated with that of the younger one, although it dropped off with time.

"Size really does matter and it is important to stay on top," said senior author Professor Tim Clutton-Brock in a statement. This is the first time social animals have been shown to increase their growth rate in response to greater competition from reproductive rivals, something that is usually hard to distinguish in a season when food is unusually plentiful. However, the authors suspect something similar occurs in other animals, possibly including humans.

Becoming top meerkat is one thing, staying there another. Breeding pairs experience a growth spurt for three months after achieving that status, lest rivals overthrow them. Clutton-Brock showed that this weight gain is larger when there is a subordinate female who is close behind in size.

"Meerkats are intensely social and all group members engage in bouts of wrestling, chasing and play fighting, though juveniles and adolescents play more than adults,” said Clutton-Brock. “Since they live together in such close proximity and interact many times each day, it is unsurprising that individual meerkats are able to monitor each other's strength, weight and growth."

Most males leave their group and attempt to displace non-relatives elsewhere, preventing replication of the sibling study. However, weight gain among newly dominant males is also correlated to the size of the nearest subordinate.