The Caspian tiger, Panthera tirgris virgata, is a subspecies of tiger that went extinct back in the 1960s. These beasts, which can weigh more than 136 kilograms (300 pounds), were among the largest cats to have ever lived.

However, a new study in the journal Biological Conservation suggests that they can be effectively resurrected, all thanks to another subspecies of tiger found in the mysterious and frigid eastern realms of Russia.

An international team of researchers, funded in part by the World Wildlife Fund (WWF), has an ambitious plan to capture a handful of these genetically similar tigers and reintroduce them back to Central Asia – but before we get into this, a little backstory is required. 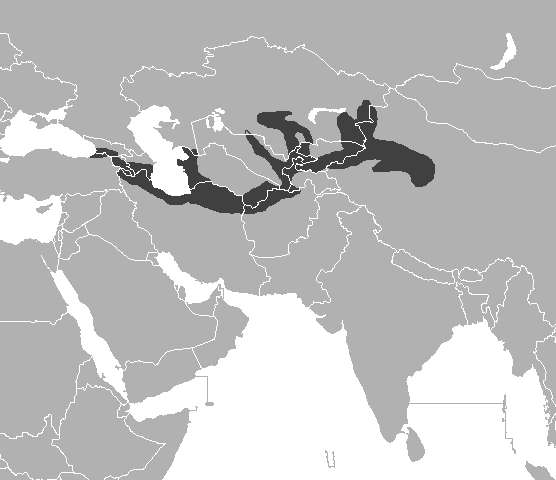 The Caspian tiger was effectively doomed the moment that Russia colonized Turkestan, a region that includes parts of Russia, Mongolia, China, Kazakhstan, Iraq, Afghanistan, and several other central Asian nations.

Not only were their woodland habitats rapidly converted to cropland, but they were hunted by sportsman and military factions for fun and training purposes. Plenty of wild pigs – their prey – died out during the early 20th century too, due to hunting, natural disasters, and the spread of disease.

Curiously, a contemporary genetic analysis of another tiger subspecies, the Siberian (Amur) variant found in Russia, revealed the two subspecies had diverged from a common ancestor relatively recently. Importantly, the Siberian tiger is still alive, and although classified as “Endangered”, it can be found roaming the Sikhote Alin mountain region and the Primorye Province in the Russian Far East.

This genetic mapping project discovered that the common ancestor of both subspecies colonized Central Asia via a path along the Silk Road from eastern China about 10,000 years ago, at the end of the last glacial maximum. Some stuck around in Turkestan and became the Caspian tiger, whereas another population moved to the Russian Far East and evolved into the Siberian tiger.

However, despite some very small physiological differences, the Caspian and Siberian tigers are now thought by many to be essentially indistinguishable on a genetic level. Thus, the extant population in Russia is thought to be a perfect way to “breed back” the Caspian tiger.

A habitable site has already been identified in Kazakhstan, one that could support a population of 100 tigers in the next 50 years. The project appears to have the go-ahead from the regional wildlife authorities and government agencies.

The types of mammalian prey the tigers normally hunt, such as deer and wild pigs, need to also be reintroduced to the area, and the water supply in the natural reservoirs needs to be carefully regulated and conserved. It’s a lot to do, but it could effectively bring the Caspian tiger back from the dead if they pull it off.

Image in text: The distribution of the Caspian tiger in 1900. Argo Navis/Wikimedia Commons; Public Domain