Dinosaur fossils aren’t always the mineralized remnants of bones. Every now and then, you get an impression of a footprint, or the trace outlines of a feathered arm or “wing.”

Sometimes, paleontologists strike proverbial gold and find a segment of dinosaur tissue, including skin, capillaries, and – as revealed in an incredible special publication by the Geological Society of London – even a brain.

A fossil hunter, searching around Sussex in southeastern England almost a decade ago, stumbled across a small brown pebble. After being analyzed by a group of paleontologists, it was dramatically revealed to have been the fossilized soft brain tissue of an Iguanodon, a plant-eating dinosaur that lived around 133 million years ago at the start of the Cretaceous.

Significantly, this is the first ever example of fossilized brain tissue from a dinosaur. Although the original biological tissue itself no longer exists, the immaculate, complex detail of its structures have been incredibly well-preserved by what the researchers have referred to as “mineralized ghosts.”

Detailed CT scans also revealed that the fossilized remnants of strands of blood vessels, collagen networks, capillaries and even the outer layers of neural tissues were also brilliantly preserved by the natural pickling process.

Co-author Dr Alex Liu, a palaeobiologist at the University of Cambridge, told IFLScience that brain tissues “are amongst the least likely tissues we would expect to ever be found in a fossilized terrestrial vertebrate.”

This unfortunate dinosaur appears to have died near a bog or swamp, one containing a soup of highly acidic, oxygen depleted disgustingness. Having taken a tumble into it, its brain was essentially “pickled” by the bacteria-unfriendly mess, and its soft tissue was mineralized before it decayed away.

Turning up around 20 million years after the docile, quadrupedal Stegosaurus and the bird-like, raven-sized Archaeopteryx made their debut, Iguanodons were lumbering, bulky, bipedal beasts that fed off low-lying vegetation and fought off predators with their unusual thumb spikes.

It belonged to the Ornithischians, the group of dinosaurs that did not contain the true ancestral forms of birds. Despite this, Liu notes that this herbivore’s sausage-shaped brain appears to be very bird-like, as well as showing some morphological similarities to that of modern-day crocodiles. 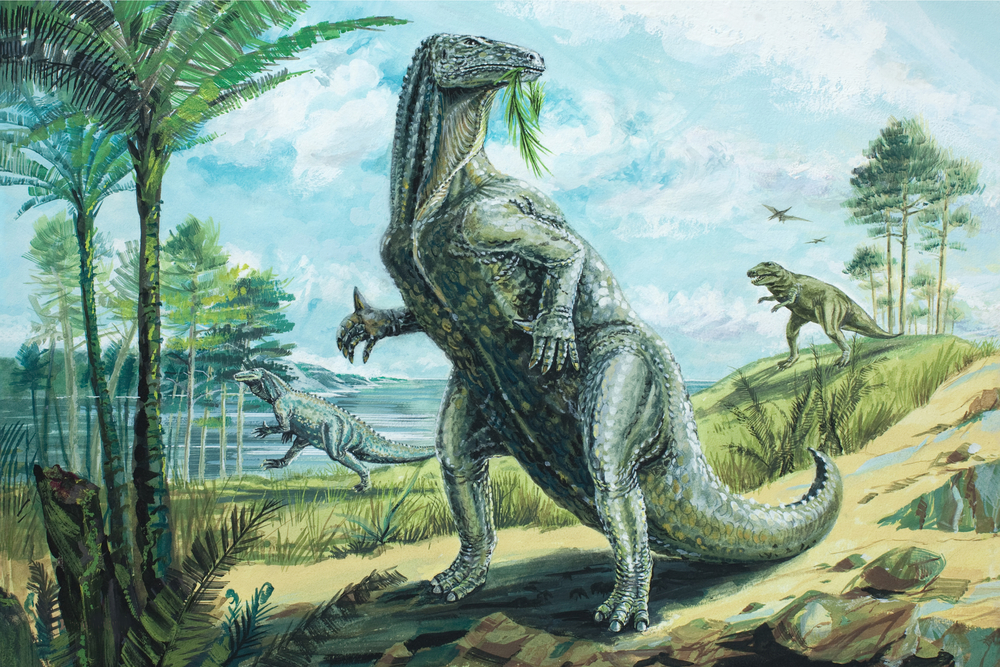 An artist's impression of a species of Iguanodon. David Roland/Shutterstock

Gif in text: A 3D scan of the pebble-sized brain. University of Manchester

Modern reptiles have relatively small brains, with half of the cranial cavity’s space being taken up by sinuses that serve as a blood drainage system. Curiously, the tissue in this Iguanodon brain appears to have been pressing up right against the skeletal structure, hinting that the brains of dinosaurs could have been far larger than many have previously assumed.

“It seems that the brain in this dinosaur was therefore more similar to that of modern birds, in that it filled a greater proportion of the braincase,” Liu added.

However, it’s possible that the dramatic death of the dinosaur may have dislodged the brain somewhat, causing it to have been preserved against the skull when it reality it may have been positioned further away. Without seeing the lobes of the brain itself, the team cannot be certain about the true size of its brain.

The lead author of the study, Professor Martin Brasier of the University of Oxford, died in a car crash in 2014 while in the middle of researching this incredible fossil, and this special publication is dedicated to his life’s remarkable work.

“Professor Brasier was a very supportive colleague, and it's been a privilege to work towards publishing a paper on this very special object, in a book in his memory,” co-author Dr Russell Garwood, a paleontologist at the University of Manchester, told IFLScience.

He would no doubt have been thrilled to have been part of a discovery that has turned out to be truly revelatory. After all, there’s arguably no better way to determine a dinosaur’s intelligence than by looking at its brain. 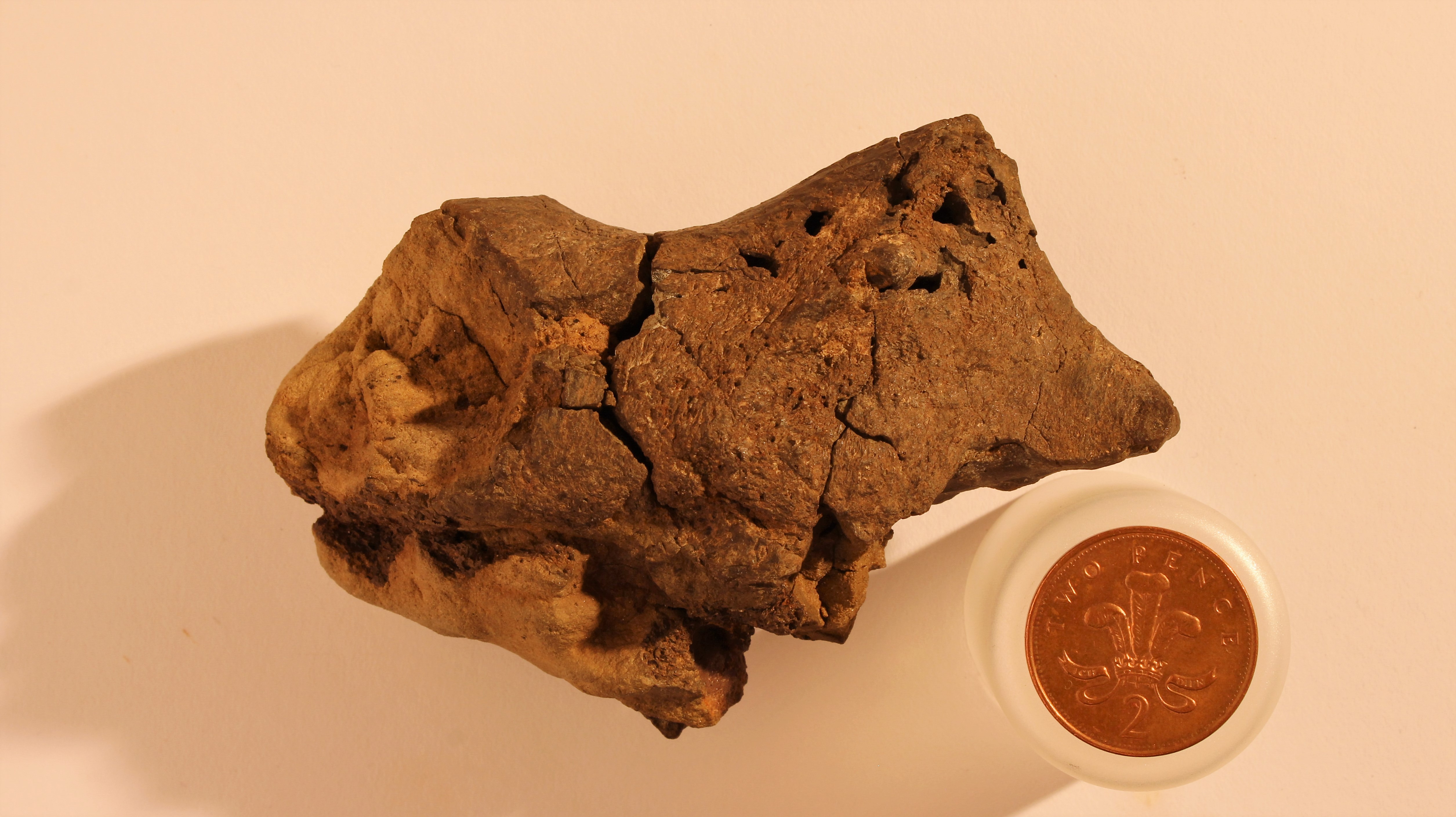 The fossilized brain in all its mineralized glory. Jamie Hiscocks