When a Republican's plan to sell off over 3 million acres of public land was revealed, there was intense opposition. But this backlash didn’t just come from conservationists who saw the lands as integral to protecting the United States' natural heritage, but also from hunters and fishers who use the lands for their recreation and pursuits. It seems that this resistance may have been crucial to the roll back.

Announcing his decision to withdraw the bill, on Instagram of all platforms, the Republican congressman who tabled the legislation, Jason Chaffetz, cited his love of hunting and the kickback from “groups I support and care about” as the reason for the U-turn. Part of this no doubt came down to the fact that some of the largest tracts that would have been sold were in the congressman’s own back yard of Utah.

“The long overdue disposal of excess federal lands will free up resources for the federal government while providing much-needed opportunities for economic development in struggling rural communities,” Chaffetz announced when he first introduced the House Bill 621 at the end of January. The plan seemed to be to open these lands up to further exploitation by mining, logging, and oil companies. He stated that the lands served “no purpose for taxpayers,” a claim that many people who enjoy outdoor pursuits, from hunters to campers, found great issue with. 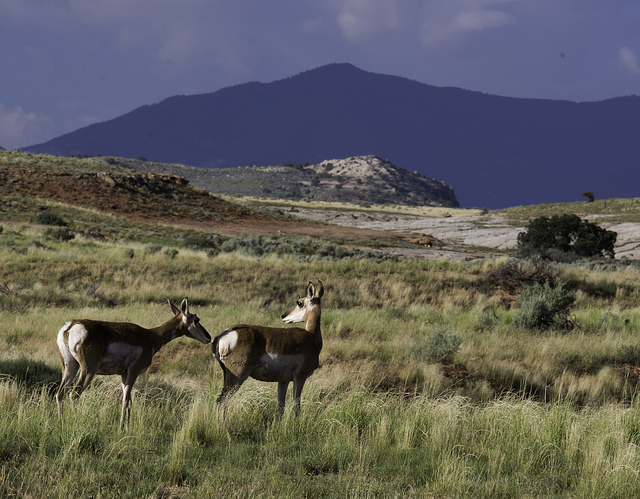 The Bears Ears National Monument in Utah is not only a significant cultural landscape, but also vital for many animals. Bureau of Land Management/Flickr CC BY 2.0

“Last I checked, hunters and fishermen were taxpayers,” Jason Amaro, a representative for the south-west chapter of Backcountry Hunters and Anglers, told The Guardian. “That word ‘disposal’ is scary. It’s not ‘disposable’ for an outdoorsman.” In a video shared on Facebook, the Backcountry Hunters and Anglers said that the congressman had “kicked the hornet’s nest,” as a coalition of various hunting and fishing groups joined together and started a petition.

It seems that this was enough for Chaffetz to reconsider his position, and start his retreat. But it hasn’t necessarily gone as far as many would like. There has been no mention of another bill that he also tabled, the Local Enforcement for Local Lands Act HR 622. This would prevent the Bureau of Land Management and the US Forest Service from having any ability to enforce its law on the lands they manage.

The Backcountry Hunters and Anglers have already vowed to fight this too, and with opposition to the bill uniting both the right and the left, in the form of conservationists who seek to protect the environment and the vulnerable species that live within it, Chaffetzs seems to have picked a fight that he might not be able to win.