Ever since Planet Nine was indirectly detected, researchers have gone into overdrive trying to predict what it could be like. Now, one team from Lund University in Sweden have thrown a particularly anarchic curveball into the proceedings: Using a cutting-edge computer simulation, they have concluded that there is a chance that Planet Nine may actually be an exoplanet – one that our Sun has stolen from another star system.

Writing in the Monthly Notices of the Royal Astronomical Society Letters, the team suggest that the definition of the word “exoplanet” – a planet located outside our Solar System – may need to be revised. After all, Planet Nine may now be hiding in our own Solar System, but their study suggests that it originated from outside of it.

“It is almost ironic that while astronomers often find exoplanets hundreds of light years away in other solar systems, there's probably one hiding in our own backyard,” Alexander Mustill, an astronomer at Lund University, said in a statement.

Currently, no images exist of Planet Nine. Many astronomers are confident it exists, however, because of the eccentric way massive objects within the frigid, distant Kuiper Belt are orbiting the Sun. It’s relatively clear that something with roughly the mass of 10 Earths must be pulling them about a bit, even if we can’t see the culprit just yet.

Assuming this mass estimate is correct, and assuming that Planet Nine didn’t form in the protoplanetary disk that existed at the fiery birth of the Solar System, the team then proceeded to use computer simulations to work out how it could have been captured from another region of space.

Of course, the Sun itself is truly massive, making up nearly 99.9 percent of the mass of the entire Solar System alone, which means that it exerts a powerful gravitational field – more than enough to thieve another world like Planet Nine from another star system. The question is, what was it doing all those billions of years ago, so close to another star, in the first place?

Stars tend to be born in stellar clusters, vast clouds of gas and dust that eventually condense to form multiple stars. If there’s enough material left over in the cloud after a star forms, planets may also begin to form. Theoretically, one of these stars could have been orbited by a baby Planet Nine; another of these stars within the very same cluster could have been our own Sun.

These stars were hardly stationary, however, and as they moved through space, they may have had close brushes with each other. During one of these close encounters, our Sun may have zipped by Planet Nine, allowing it to steal it away using its immense gravitational pull.

According to the simulations, Planet Nine needed to have an orbit 100 times the Earth-Sun distance in order to allow it to be captured. If indeed it was captured by the Sun, it was certainly fairly lucky: The chaotic movement of stars and planets can sometimes fling worlds out into the dark reaches of space, leaving them without a star to orbit at all. 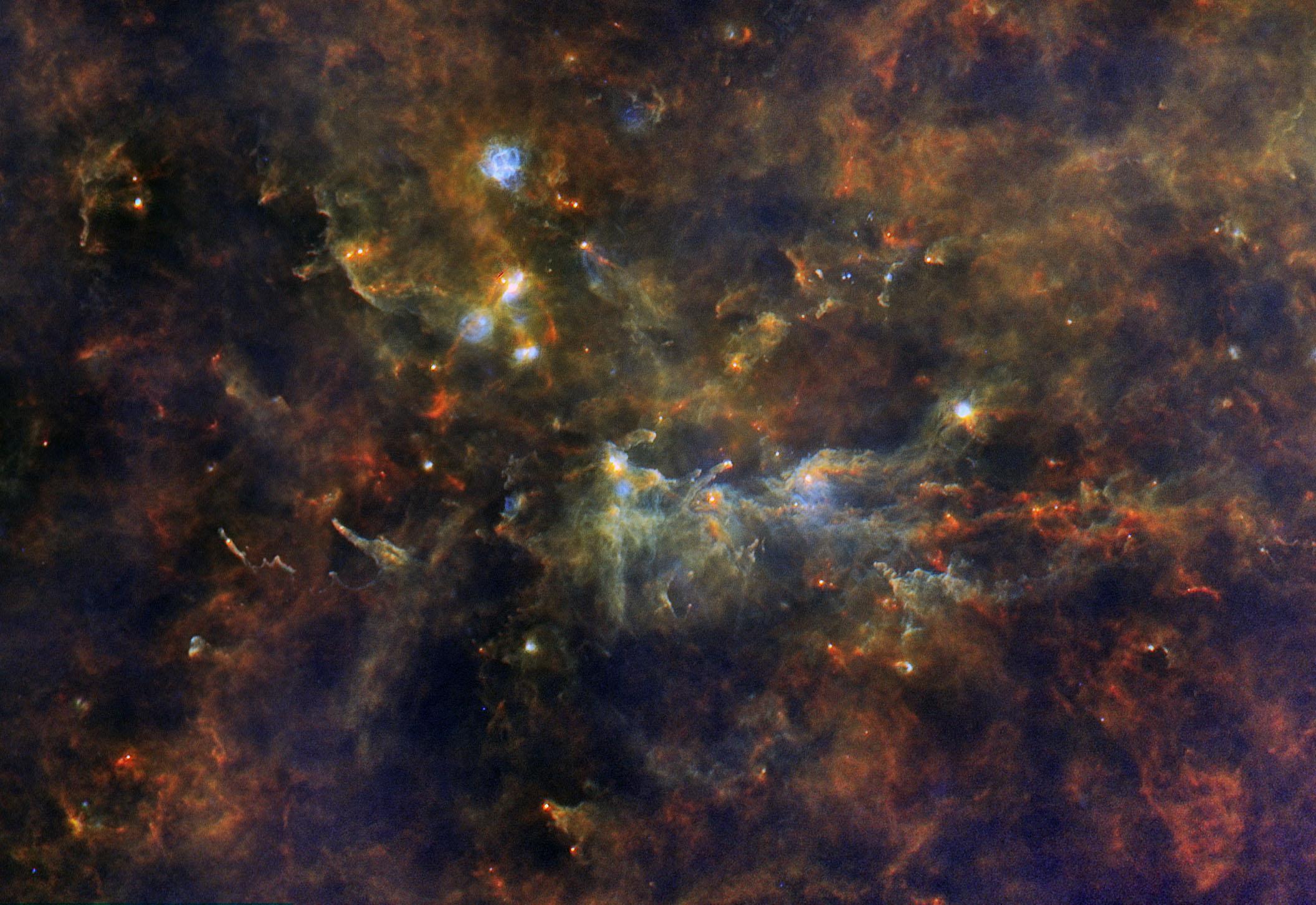 The “little fox” stellar association contains dying stars alongside newborn ones. Our own Sun, along with Planet Nine’s host star, formed in a stellar cloud just like this one. ESA/Herschel/PACS, SPIRE/Hi-GAL Project

The chance of such a celestial heist occurring in this way is, sadly, pretty low – no more than 2 percent, and perhaps as low as 0.1 percent. This doesn’t make it impossible, however, and the thought of our Sun being something of a kleptomaniac is oddly satisfying.

First things first, though: We need to find out whether or not Planet Nine is actually real.

Note: IFLScience covered the pre-print of this research in April.