This article contains some gory images that could be considered NSFW (not safe for work, or whales).

In scenes which are new to science, Australian researchers have captured photographs of killer whales hunting down a super rare species of beaked whale.

The images come from a new study published in the online journal PLOS One. This team of scientists tracked the orcas off the southwestern coast of Australia from February 2014 until February 2016.

During their two years of observation, they managed to document this amazing beaked whale-hunting behavior on four separate occasions. Strangely, all of their observations were made in February and March. The researchers don’t know if this is just coincidence or if this pattern of hunting is driven by seasonal trends.

The hunts lasted for one or two hours. Three of the hunts were made up of around 6 or 7 individuals, however, the researchers' first observation was made up of at least 20 killer whales.

Other than their choice of prey, the hunt was fairly typical for orca behavior. They started by chasing the whales until they ran out of energy, biting them to further weaken them and pushing them under so they drown. Eventually, once the prey is sufficiently weak, or dead, the orcas skin the carcass using their teeth. All in all, it’s a pretty bloody affair.

After a successful hunt, the killer whales were seen fin slapping and breaching the surface.

The unlucky beaked whales are notoriously hard to study and identity, so there’s actually very little known about them. However, the study’s authors are putting their bets on them being a species of Mesoplodon, most likely strap-toothed whales (Mesoplodon layardii) and/or Gray’s beaked whales.

In general, there’s a surprising lack of hard scientific study carried out on killer whales in Australian waters. However, if this display is anything to go by, it looks like orcas in Australia are just as a crazy as the rest of the wildlife down under.

A strap-toothed whale pokes his head out while being attacked. Wellard R et al/PLOS One 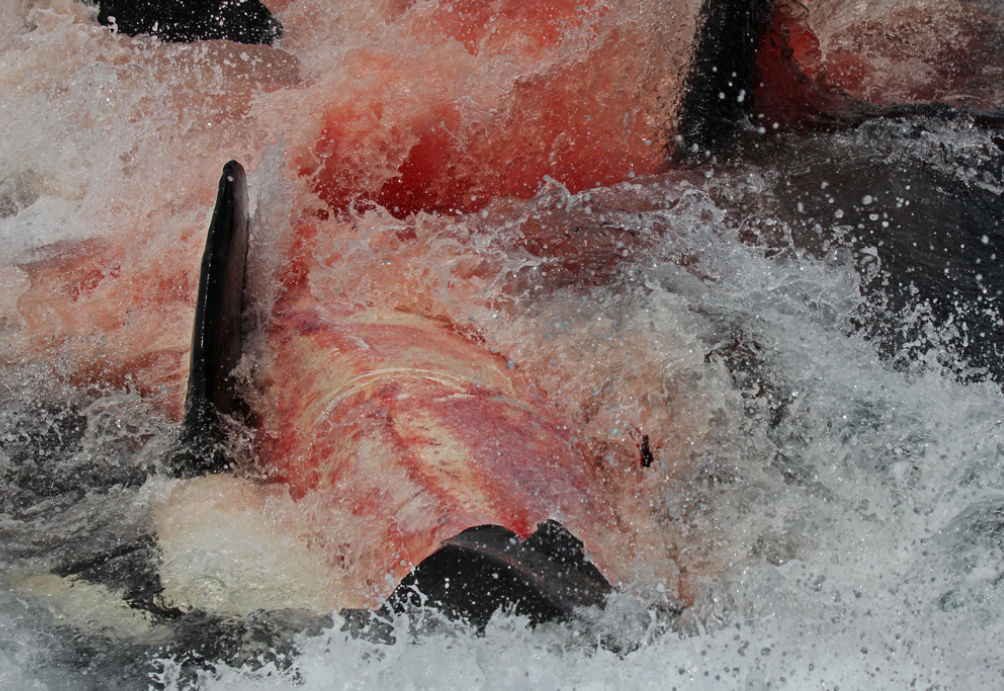 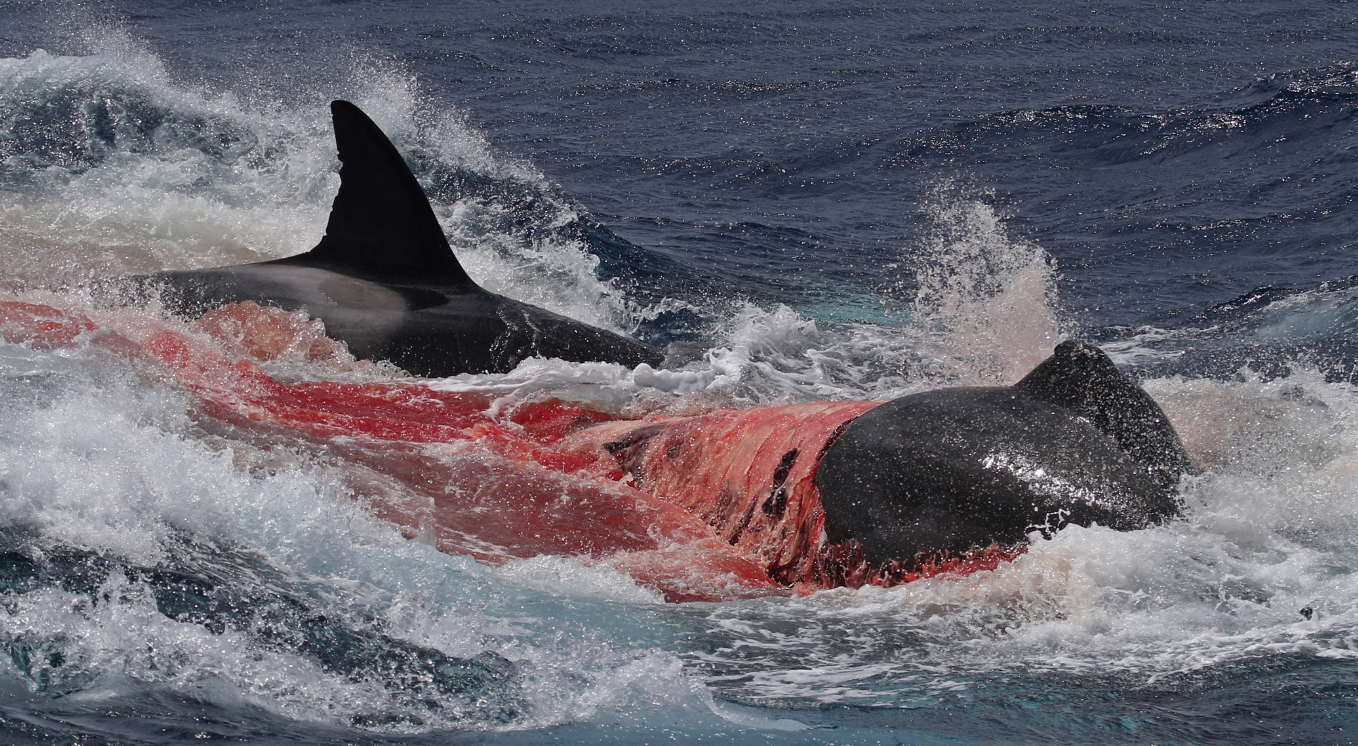 A group of birds and an Indian yellow-nosed albatross take advantage of the blood bath. Wellard R et al/PLOS One