Human laughter is such an intrinsic part of our lives that we don’t tend to give it much thought. But we are one of only a handful of animals that do it, along with apes, dogs, and, quite bizarrely, rats. Now researchers have recorded a parrot in New Zealand that also seems to display contagious “laughter”.

This is the first time that a non-mammal has been shown to exhibit what is described as an “emotionally contagious vocalization”. They found that kea parrots, native to the forest and alpine regions of the South Island of New Zealand, make specific calls when engaging in play, and that if one bird starts making play vocalizations, it induces others to join in and start playing, too.

“We were able to use a playback of these calls to show that it animates kea that were not playing to do so,” explained Raoul Schwing, from the Messerli Research Institute, Austria, who co-authored the study published in Current Biology. “The fact that at least some of these birds started playing spontaneously when no other birds had been playing suggests that, similar to human laughter, it had an emotional effect on the birds that heard it, putting them in a playful state.”

Fiercely intelligent, and ceaselessly curious, the birds have earned their nickname as the “clowns of the mountains”. To see how far this play behavior went, the researchers played recordings of their specific play call to groups of wild birds, as well as other non-play noises. When the adults heard the play call, rather than joining groups of other birds playing they instead instigated play of their own, either with others or on their own.

This, the researchers suggest, shows that the vocalization, while not strictly laughter itself, can be compared to infectious laughter as it seems to serve a similar purpose. They will now explore the purpose of the play call on wider populations of the parrots. 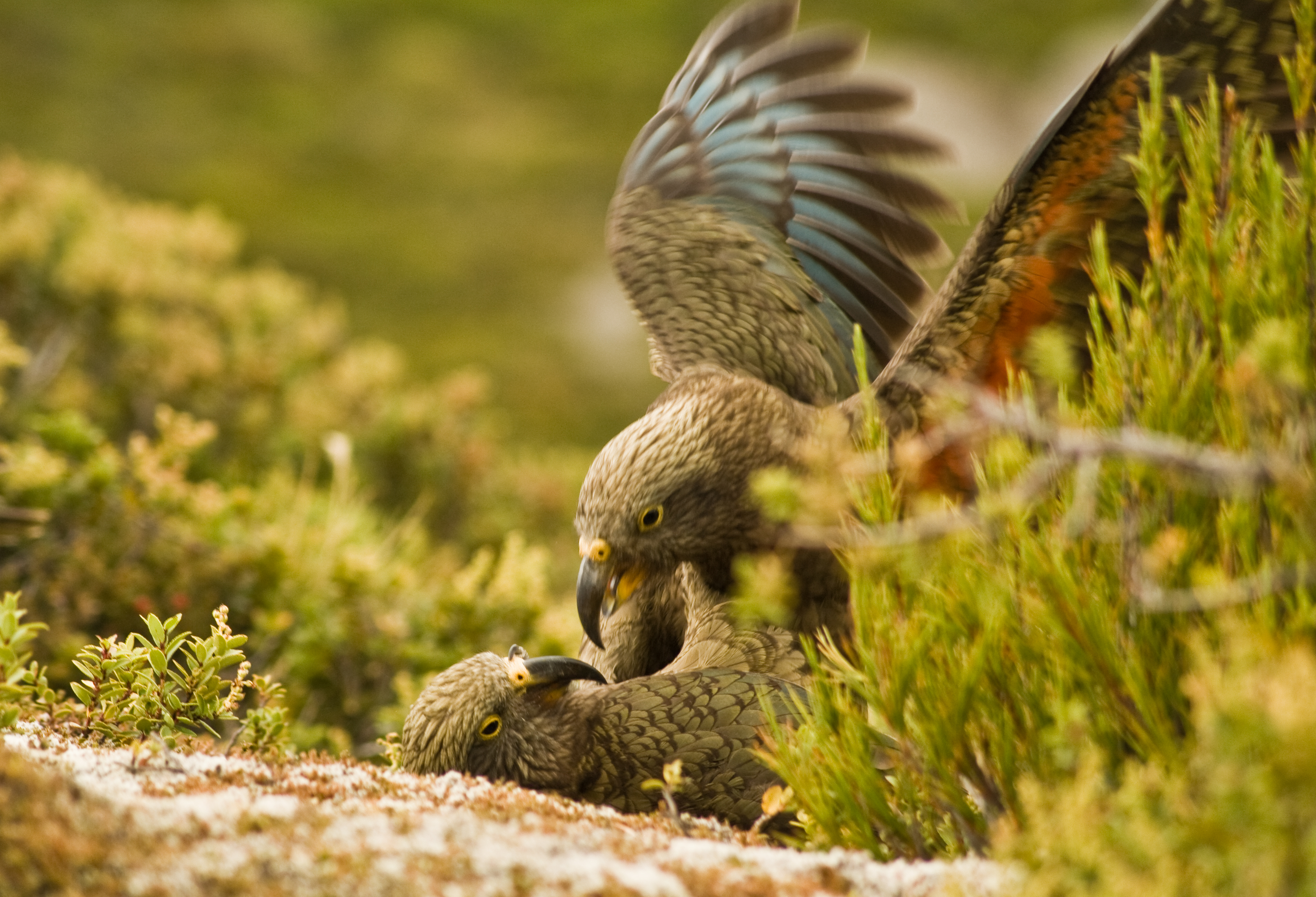 Keas are truly unusual in the parrot – and avian – world. They are the only parrot species to live in an alpine environment, and rose to notoriety when European settlers found that the birds reportedly had the sinister habit of killing their sheep grazing on the high-altitude meadows. This lead to the government putting a bounty on the parrots, with 150,000 thought to have been killed in order to protect livestock.

Unfortunately, despite a ban on the killing of kea coming into force in 1986, the bird’s numbers have continued to tumble. There are now thought to be only around 6,000 of the high-flying parrots left, although some estimates put this at an incredibly worrying 1,000. The keas are still occasionally killed by farmers, but the main threat comes in the form of non-native mammals.