Aside from inspiring Charles Darwin to pen his Theory of Evolution and Natural Selection, the Galapagos Islands also hosted one of the most stressful scenes in television history, with its resident iguanas and racer snakes as protagonists. Many of its beguiling inhabitants are found nowhere else on the planet, and a new study may have finally pinpointed the geological event that allowed the archipelago to develop its astounding biodiversity.

It’s likely that the Galapagos Islands have existed in some form or other for several million years, but that doesn’t necessarily mean that they were always quite so hospitable to such an abundance of life.

Even today, the islands’ wildlife is not evenly spread across the entire archipelago. The famous Galapagos penguins, for example, are mostly found along the western shores of islands such as Fernandina and Isabela, where the water is coldest. These low temperatures bring with them enhanced nutrients, making them rich feeding areas.

The authors of a paper published this week in the journal Earth and Planetary Science Letters note that these two islands happen to sit exactly on the Equatorial Undercurrent (EUC), a subsurface current that flows eastwards around the equator. They therefore suggest that the formation of these islands formed a barrier to the EUC, causing it to surge upwards, bringing with it the life-sustaining cold waters of the deep. 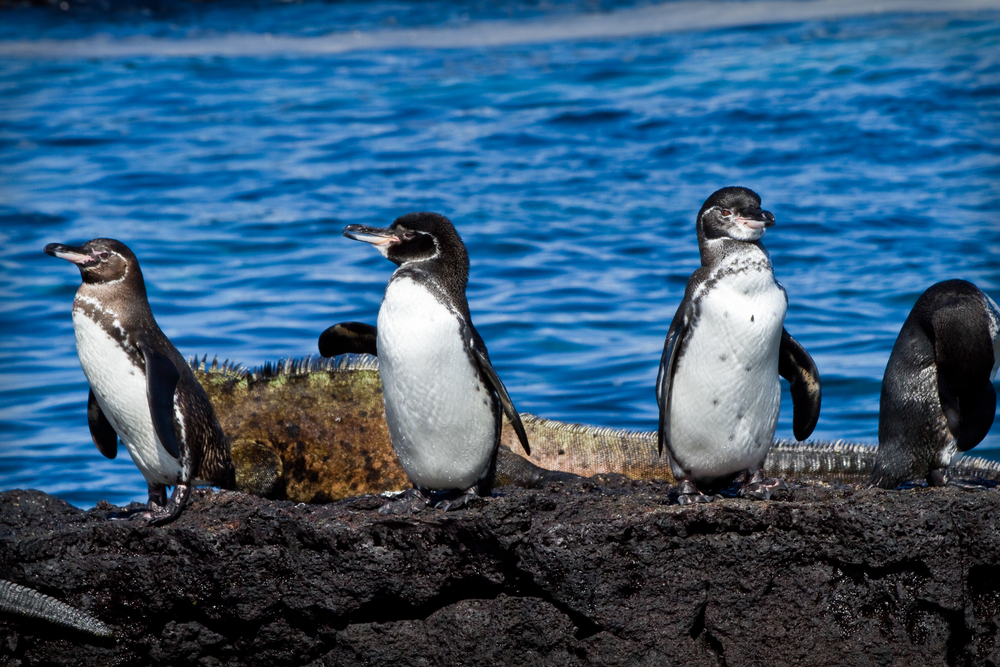 The Galapagos penguins live on western shorelines, where the water is coldest. Fotos593/Shutterstock

Indeed, the concentration of photosynthesizing plants is roughly three times higher in regions that sit within the EUC upsurge than in those that lie outside of this region. Penguin populations have also been seen to rise and fall in accordance with yearly fluctuations in the strength of this current.

In a statement, lead author Kris Karnauskas explained that “it’s a pure accident of geography that Isla Isabela is so large and stands right on the equator, right where the EUC is trying to pass through. This is enough to drive cold, nutrient-rich water up to the surface where it can fuel marine productivity. We can easily see it today from space; the water is very cold and productive just west of the Galápagos along the shores of Isabela. It's no surprise that you'll find all the penguins jumping in the water there.”

To try and figure out when this might have occurred, the team examined fossils in the ocean floor sediment in order to determine how sea surface temperatures have changed over time. They discovered a significant drop of about 1.5°C 1.6 million years ago, and therefore suggest that the islands blocking the EUC must have emerged at this time.

It was this key event, they say, that made scenes like those in Planet Earth II possible.

planet earth
What Is Bloodstone Crystal?