Descending to the floor in the hot, humid rainforest, a red-haired orangutan finds she’s been beaten to it. Sitting in the leaf litter is already another orangutan, which turns to acknowledge her presence, makes a soft call, and blinks its eyes. But all is not as it seems.

The ape waiting on the floor is not an ape at all. In fact, it’s not even alive. The intruder is one of over 30 hyper-realistic animatronic cameras built for the latest series by the BBC called Spy in the Wild, a natural history documentary show. Hidden in this animatronic orangutan's eye is a high-definition camera, primed and ready to capture all the action of the forest.

From chimpanzees adopting and caring for "pets" to giraffes seemingly aware of their own mortality, the incredible cameras give an unparalleled glimpse into the world of animals around the globe. The series also provides viewers with a hatchling's view of a doting mother crocodile and shows just how far penguins will go to find a mate, making the animals seem as complicated and intricate as ourselves. 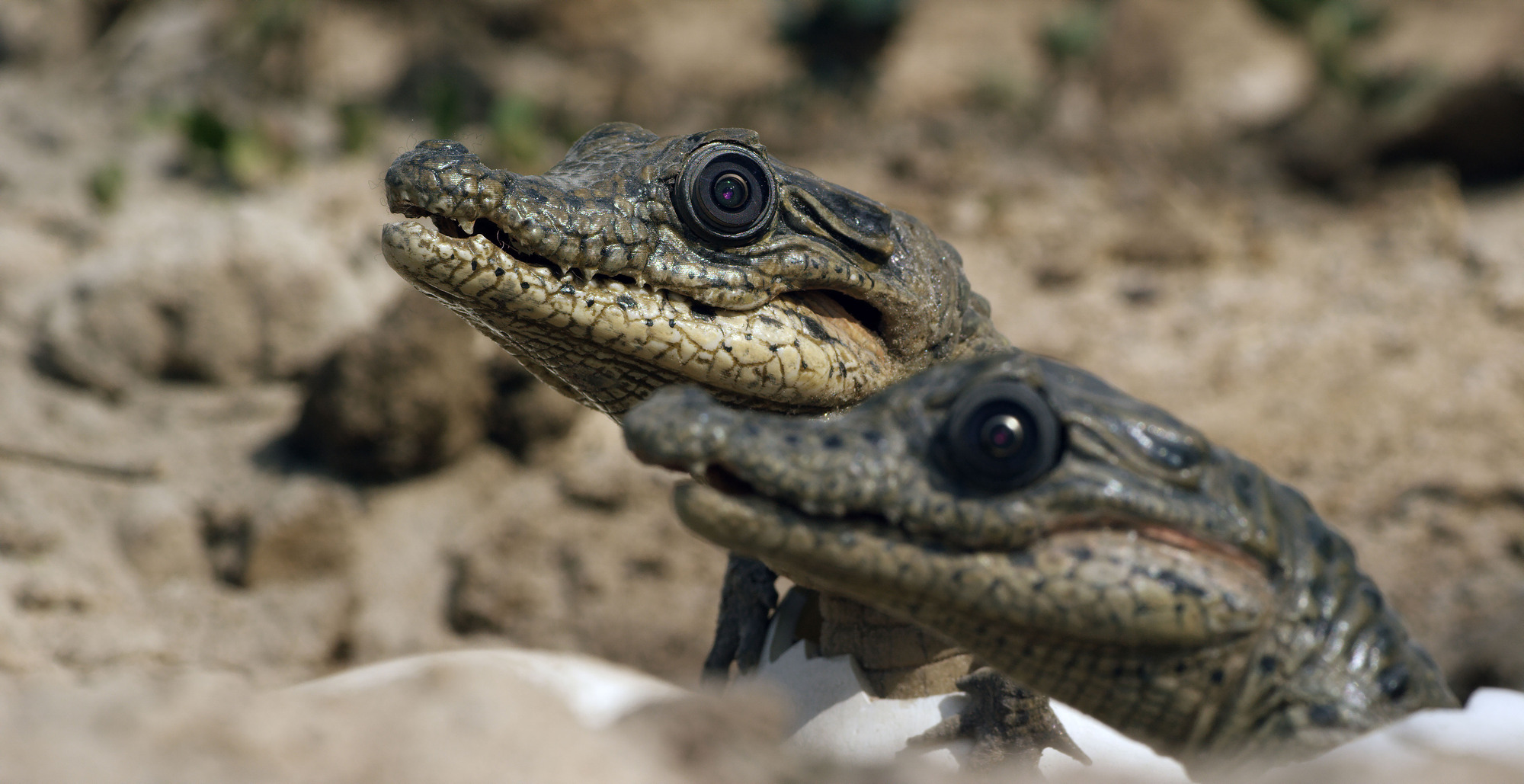 The hatchling cams get up close and personal with adult female Nile crocodiles as they care for their young. John Downer Productions/BBC/Mike Richards

Filmmakers came to quickly realize that the animals they were filming were not so different from us. The creatures quite readily displayed behaviors that looked similar to grief or empathy, even though for a long time many scientists have been reluctant to label it as such, often for fear of being criticized or laughed at. 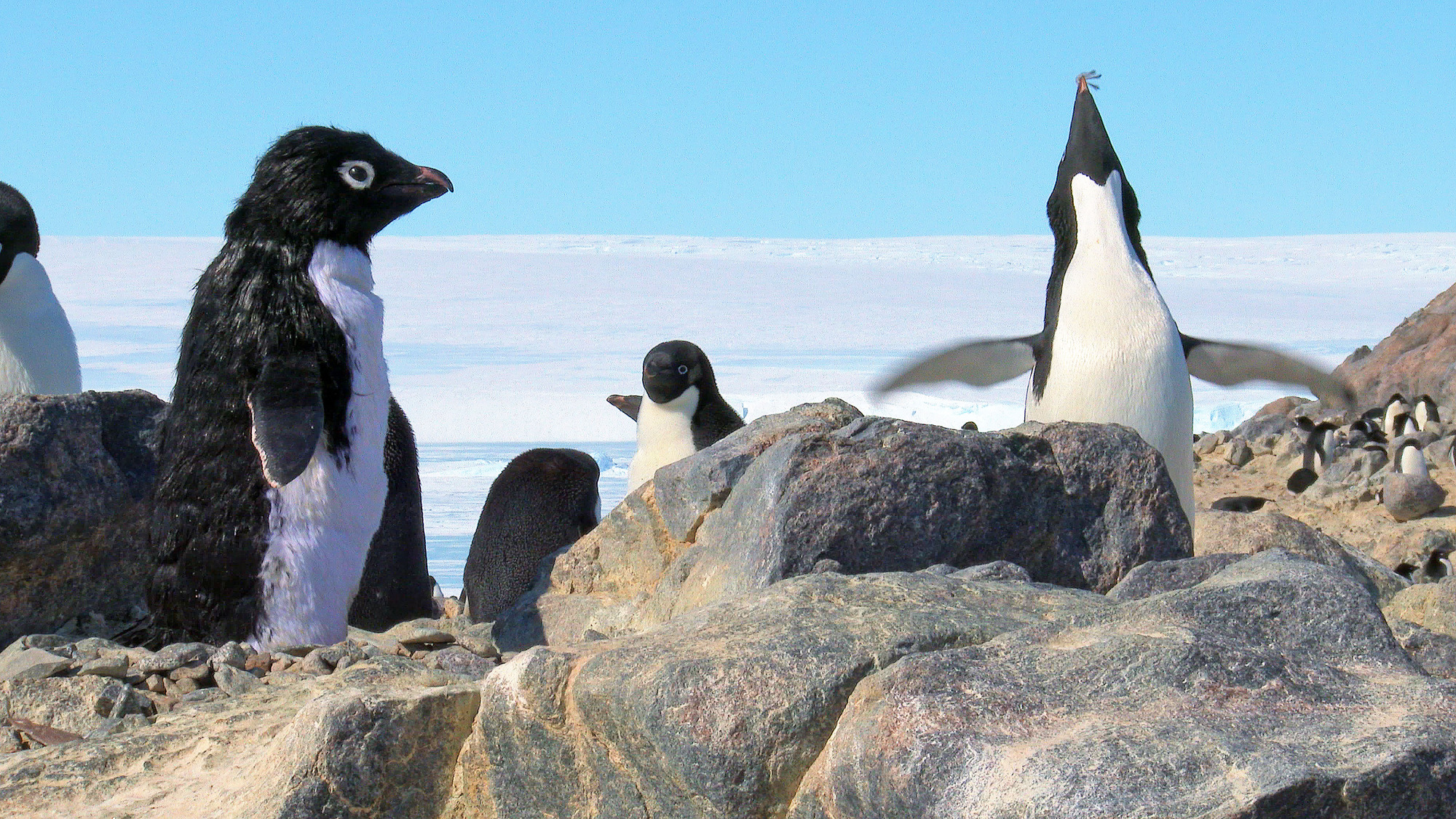 The penguin cam keeps an eye on an Adelie penguin as it searches for love. John Downer Productions

But with a deeper understanding of the natural world, this has to some extent started to shift. The neural physiology of animals are in many cases very similar to our own, often using the same neural pathways and chemicals. Is it therefore a leap to think that these creatures can display behaviors and emotions that may be described in the same terms as those used for humans? Or are they showing something different entirely?

These are the questions that have gone on to form the backbone of this latest series. The first episode focuses on love and the emotion so commonly paired with it – grief. Subsequent hours focus on other emotions and behaviors, ranging from intelligence to friendship to misbehavior. While the series does not aim to fundamentally answer the questions raised, it does prompt the audience to at least think about them. 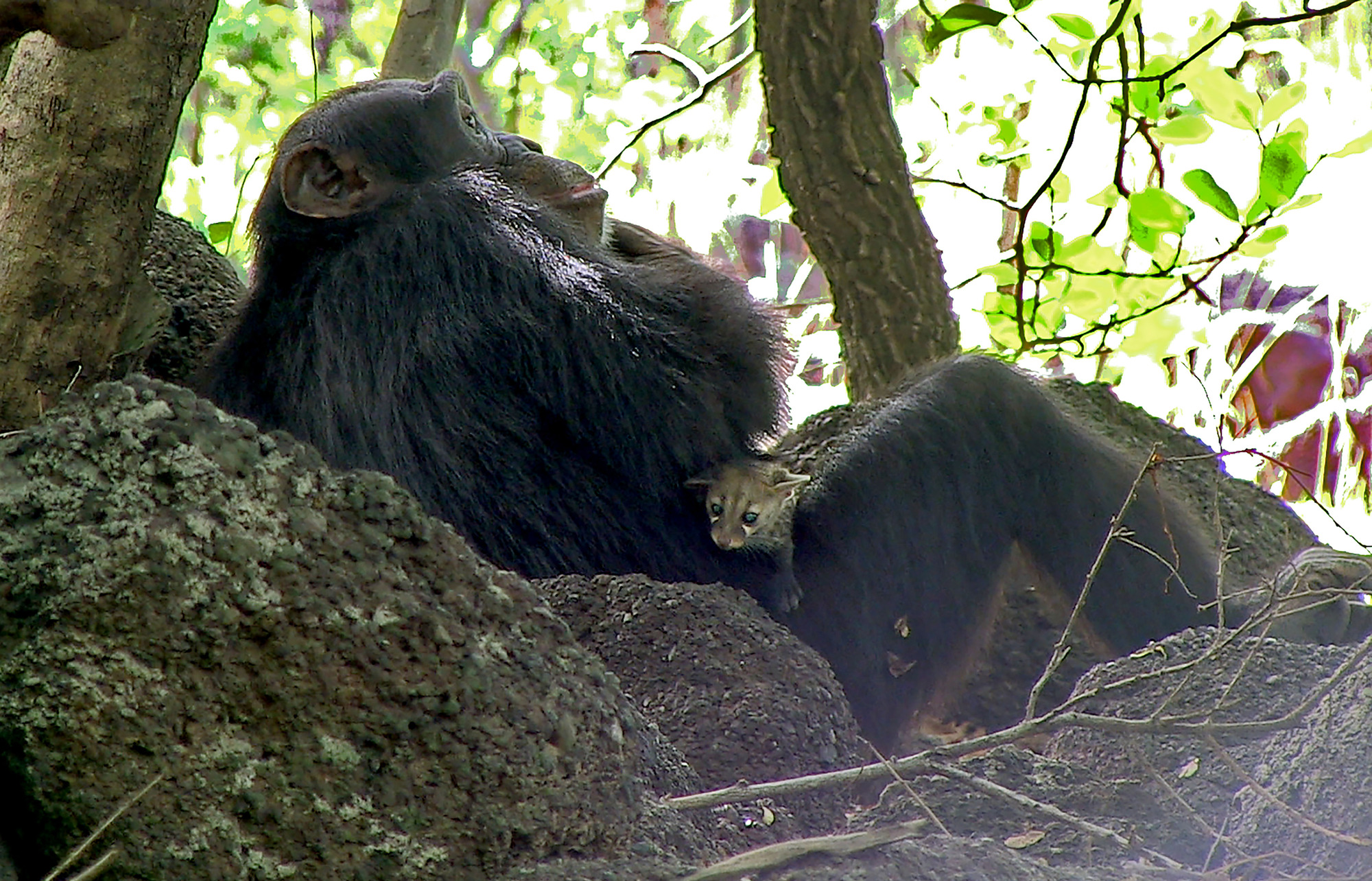 The fact that the spy cams were accepted by the animals means the viewer receives one of the most natural and intimate insights into the creatures' lives. But the animatronics did not only act as passive observers, their likeness also elicited astonishing and unpredictable reactions.

In order to film the parenting behavior of a 120-strong troop of Indian langurs, the team created a spy cam in the guise of a baby monkey. Filming the teenage langurs babysitting infants, the camera was quickly accepted by the group – to such an extent that when a tragic accident strikes, it actually becomes a central character in a story that involves the entire community, to the astonishment of the researchers studying the monkeys. 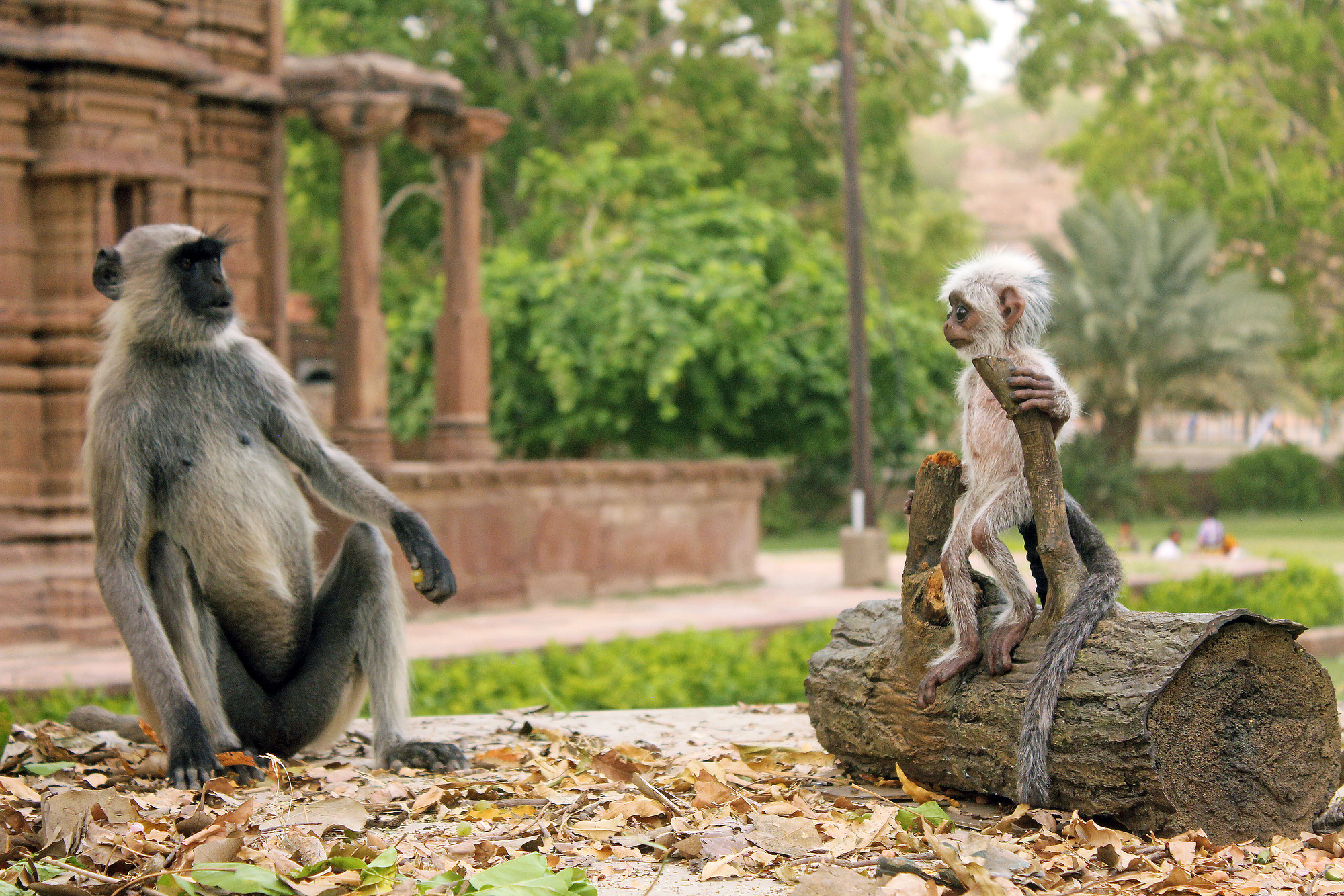 The baby monkey camera gets accepted into the troop, even if the adults do take some convincing. John Downer Productions/BBC/Mathew Gordon

In order for the animatronics to be accepted, the cameras not only needed to look convincing, but in many cases needed to move and react just like the animal in question. The wild dog cam, for example, would not be able to get away with just looking cute and fuzzy, as the adults would still tear it apart. The developers, therefore, needed to make the animatronic wag its tail and do a submissive bow, which tricked the highly intelligent and social animals into accepting the spy cam into the pack.

Such footage takes months of planning, from working out exactly what each spy cam is expected to do to then actually constructing the equipment, which often involves multiple teams working around the world in an international effort.

The wild dog camera was built to mimic the animal's behavior, such as this submissive bow. John Downer Productions/BBC/ Richard Jones

With each camera shooting in 4K and constructed to address the individual problems faced with trying to film each animal, “none of [the animatronics] are cheap,” with costs totaling “quite a few thousands of pounds,” says John Downer, who created the production company that filmed the series.

But the results from this amazing project pay for themselves. The animatronic cameras provide insight into the animals' lives, revealing some of their deepest secrets and intimate moments. 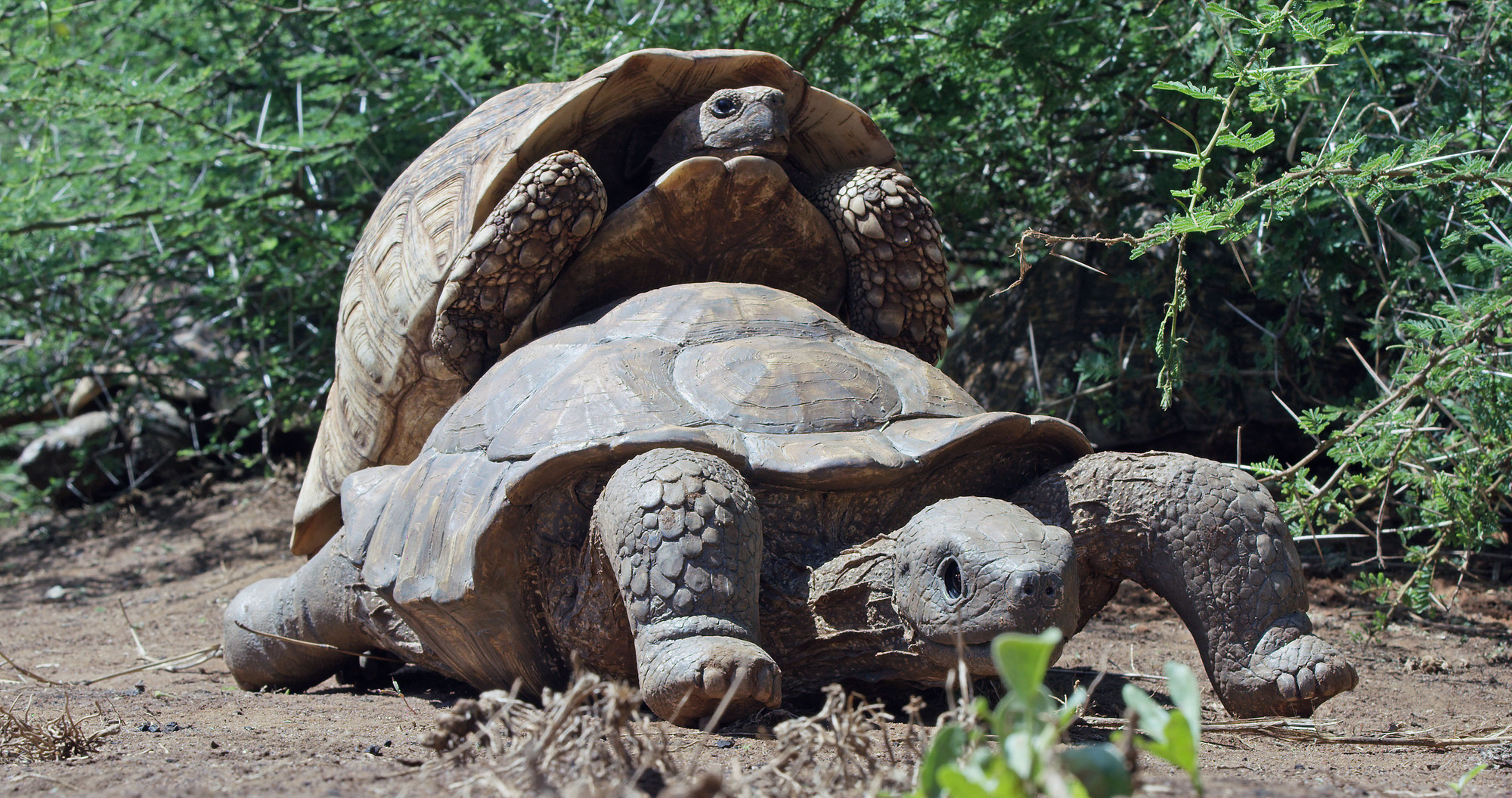 The animatronics are so convincing that some animals expect a little more from them than they can give... John Downer Productions/BBC/Steve Downer