Climate change is going to ruin us all if we don’t militate against it, and for some, it’s already too late. Air pollution is a subset of this nefarious phenomenon that barely gets a mention these days, but it really should. After all, over 1.4 million people per year die from medical complications relating to it in China alone.

Now, a new study estimates that dust from coal-fired power plants is killing nearly 23,000 European Union citizens per annum. Although there’s a clear trend towards adopting renewables and nuclear power in many countries within the EU, coal still accounted for 18 percent of the bloc’s greenhouse gas emissions in 2014, and by 2015, was still providing 25 percent of its electricity generation.

“Burning coal creates toxic particles of fine dust, which can be carried a long way away from the power plant, beyond the borders of the countries where the plants are situated,” the authors write in their report. “People living nowhere near a coal plant can inhale these particles and suffer the health consequences.”

The report, compiled by the Health and Environment Alliance, the World Wide Fund for Nature (WWF), Sandbag, Greenpeace, and the Climate Action Network Europe – all green energy lobby groups – managed to get data for 257 of the EU’s 280 coal-fired power plants, and linked them to 22,900 premature deaths in 2013. This is compared to the amount of fatal traffic accidents that occurred in the EU the same year, which numbered only 3,100 more.

In addition, nearly 12,000 new cases of chronic bronchitis and more than 500,000 asthma attacks in children in 2013 were also associated with these power plants. The cost of treating these non-fatal cases, including money lost from absences from work, were an incredible $36 to $70 billion, the low-end estimate of which is equivalent to twice the GDP of Iceland. 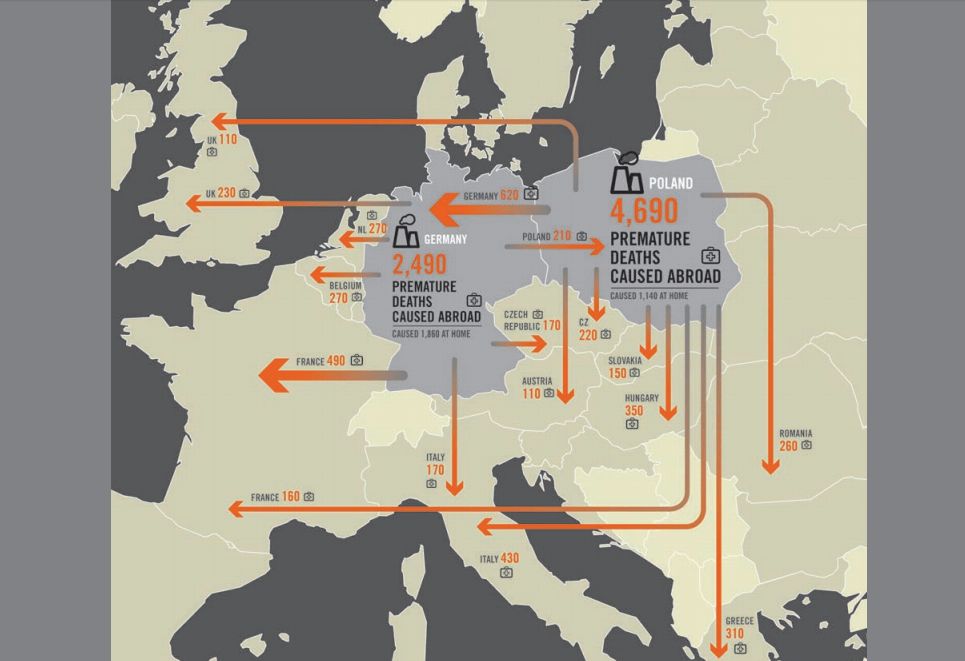 Poland and Germany are the two most significant producers of coal-fired power plant pollution. Meteorological modelling shows where this "dark cloud" is often heading, and how many premature deaths it causes there. WWF/Health and Environment Alliance/Sandbag/Greenpeace/Climate Action Network Europe

The researchers behind the report took a two-fold approach to ascertain their estimates. First, they used meteorological computer simulations to work out where the air pollution from these power plants was most likely traveling during 2013. Second, health problems and mortality rates were calculated using robust multiplier calculations developed by the World Health Organization, based on the most up-to-date science on human health and air pollution.

Not only is coal by far the greatest producer of carbon dioxide compared to all other sources of energy, but it produces a range of pollutants, many of which are particulate in nature – those that contain small, lacerating, volatile components, all of which are incredibly hazardous when inhaled. They can also easily enter the bloodstream through the lungs, which means that the rest of the body, and in particular the cardiovascular system, is also at risk.

About 83 percent of deaths are said to be directly blamed on inhaling this particulate matter, which include strokes, heart disease, chronic lung disease, and lung cancer. 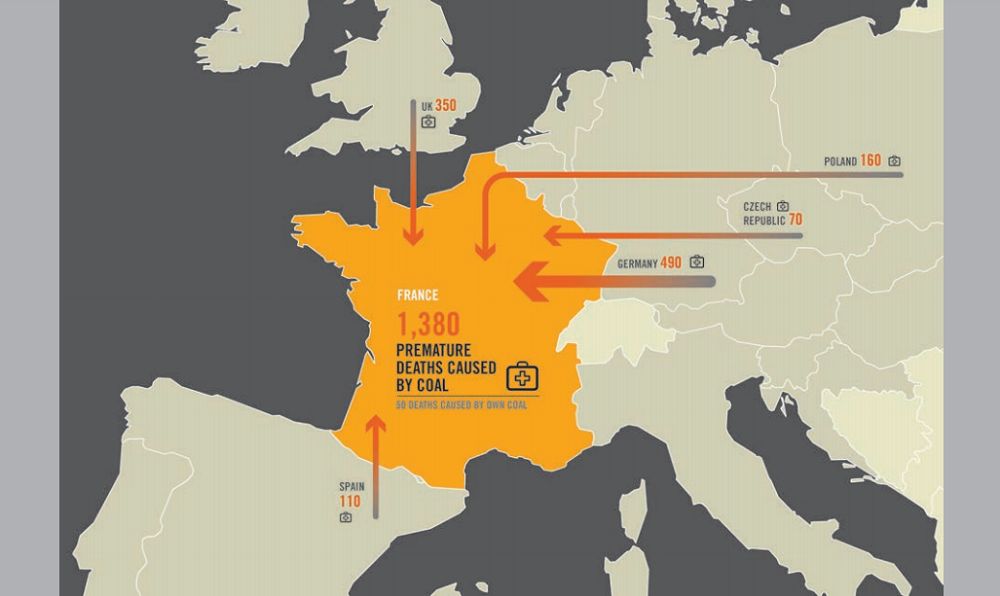 The work, admittedly, has not been officially peer-reviewed, but its methodology is sound, if somewhat simple. In fact, its estimates may be underplaying things somewhat – one previous study by the UK-based Royal Colleges of Physicians (RCP) and of Paediatrics and Child Health (RCPCH) suggested over 40,000 premature annual deaths in the UK alone are linked to air pollution, nearly twice that of this report’s estimate of the total number of air pollution-related deaths across the entire EU.