Thanks to a combination of climatological quirks and man-made climate change, the Arctic is warming faster than anywhere else on the planet, and the Greenland Ice Sheet – the world’s second largest – is being obliterated at a remarkable rate.

A new study, published in the Journal of Geophysical Research – Earth Surface, reveals that something rather unfortunate is also going on beneath Greenland’s ice. Using a combination of modeling and imaging techniques, scientists have produced a subglacial map which shows that much of the underlying ice is wet, fragmented and mobile, providing the more solid ice on top to slide across the land and, ultimately, into the sea.

Although the center regions are stable, the thawed edges appear to be incredibly vulnerable to slippage. If there is a collapse or acceleration of slippage at the boundaries, the more solid core ice will also begin to slide downslope in a negative cycle of glacial disintegration.

“We're ultimately interested in understanding how the ice sheet flows and how it will behave in the future,” lead author Joe MacGregor, a glaciologist at NASA's Goddard Space Flight Center in Greenbelt, Maryland, said in a statement.

“If the ice at its bottom is at the melting-point temperature, or thawed, then there could be enough liquid water there for the ice to flow faster and affect how quickly it responds to climate change.”

Although this study looks at a natural process, it is one that highlights just how bad ice loss and sea level rise via anthropogenic climate change will be in the near future.

It’s also worth noting that the more ice that’s lost in the Arctic, the less incoming solar radiation our planet will be able to reflect – and as a result, the Arctic heats up, and more ice melts, and so on. We’re losing our icy shield against global warming, and this study shows just how fast we might be losing it. 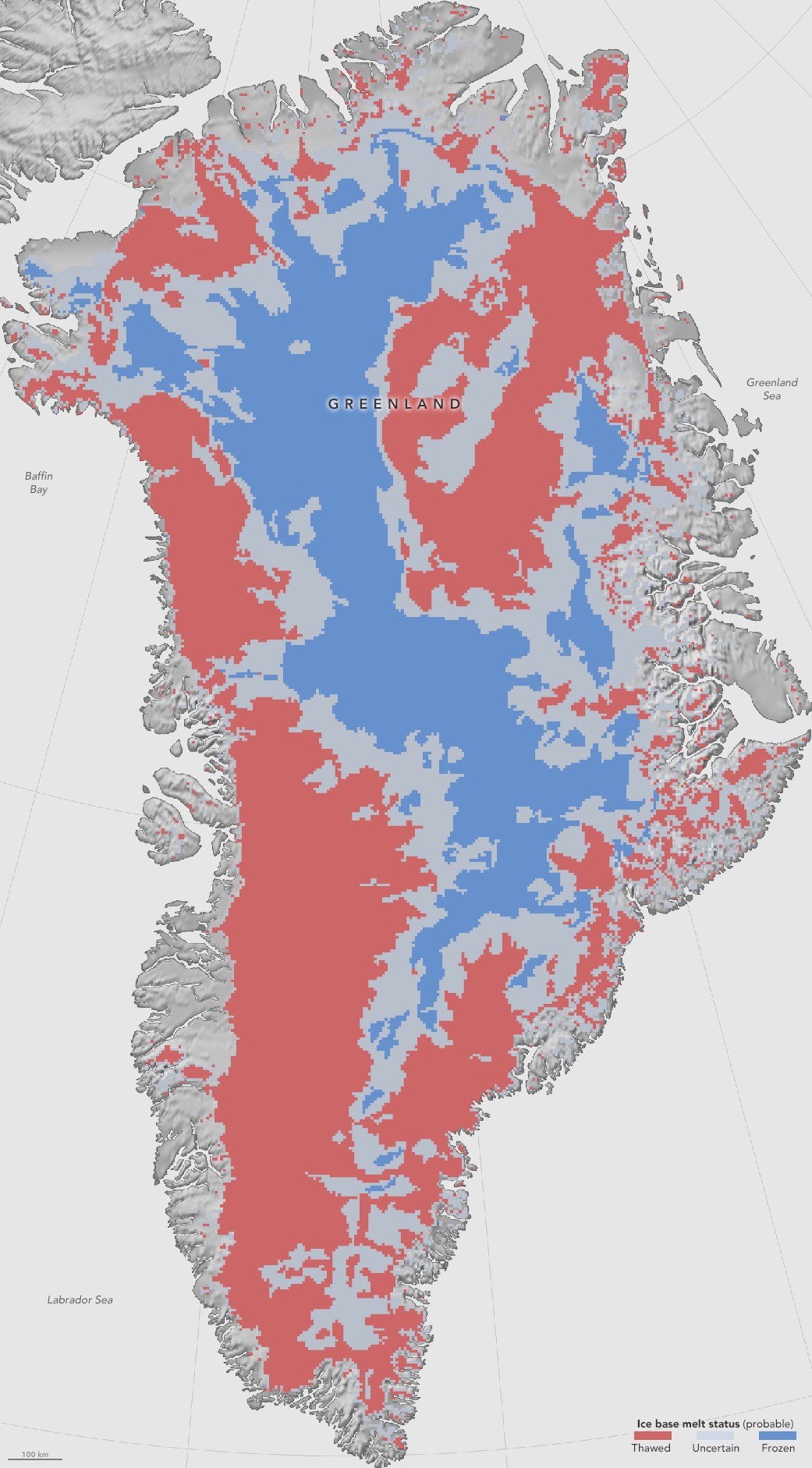 How the base of Greenland's Ice Sheet is holding up. The edges are almost all thawed. NASA Earth Observatory/Jesse Allen

The bases of ice sheets are in contact with solid bedrock. Natural heat emanating from this bedrock slowly thaws out the icy base, which is insulated from the cold atmosphere by the thick ice on top of it. If the bases become too lubricated, the ice on top will flow faster – and, more often than not, end up in the sea, where it will directly contribute to rising sea levels.

Measuring the thermal state of the underlying sides to ice sheets is actually incredibly difficult. Less than two dozen boreholes have permitted researchers to make direct measurements, so for this study, more indirect techniques were required.

All in all, eight computer simulations, ground-penetrating radar surveys, measurements of the ice surface movement speed, and detailed satellite imagery of the surface terrain were taken into account. The end result was a painstakingly detailed subglacial map – the first of its kind. Although there’s a lot more work to be done to improve its resolution, this represents an important first step.

“I call this the piñata, because it's a first assessment that is bound to get beat up by other groups as techniques improve or new data are introduced,” MacGregor added. “But that still makes our effort essential, because prior to our study, we had little to pick on.”

A recent CryoSat analysis revealed that between 2011 and 2014, the Greenland Ice Sheet lost one trillion tonnes (1.1 trillion tons) of ice. This contributed to a degree of sea level rise that was twice the average of that observed during the preceding two decades. Faster flowing ice at its peripheries will only exacerbate this problem further. 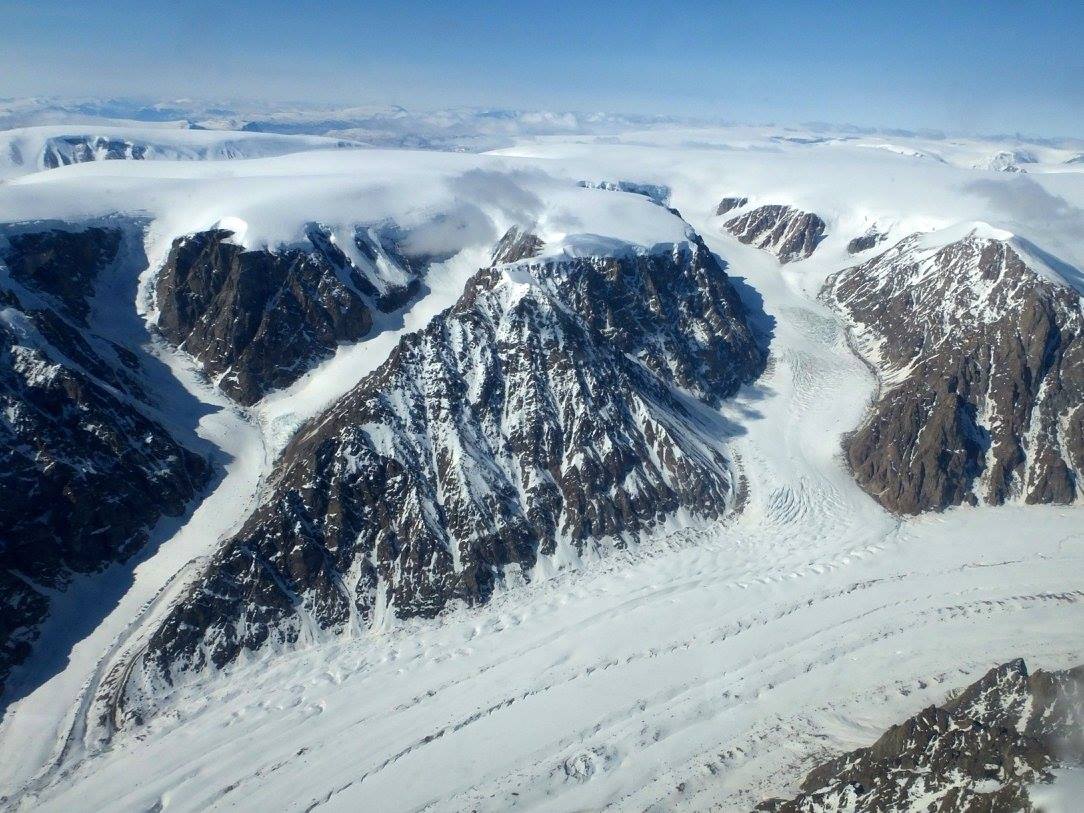