Set faces to stunned, because NASA’s Juno spacecraft has just returned the first-ever images of Jupiter’s poles. We’ve sent spacecraft to Jupiter before, but we’ve never seen anything like this.

The images were returned towards the end of last week, after Juno performed the first of its 36 scientific flybys of Jupiter on August 27. The spacecraft swung past Jupiter at a distance of 4,200 kilometers (2,500 miles), closer than any spacecraft has gone before.

The flyby lasted about six hours, and was the first time Juno had used its scientific instruments to study Jupiter this close. Images were taken by the spacecraft’s JunoCam instrument, revealing a north pole with an unexpected blue-ish tinge. Swirling storms and unique weather systems were glimpsed, while Juno also captured a stunning aurora at Jupiter’s south pole with another of its instruments.

“First glimpse of Jupiter’s north pole, and it looks like nothing we have seen or imagined before,” said Scott Bolton, principal investigator of Juno from the Southwest Research Institute in San Antonio, in a statement. “It’s bluer in color up there than other parts of the planet, and there are a lot of storms.”

The image of the aurora at the south pole, meanwhile, was taken with the Jovian Infrared Auroral Mapper (JIRAM). Due to Jupiter’s orientation with respect to Earth, it is not possible to see events like this from our own planet – giving us a unique look at this gas giant world, the largest planet in the Solar System. 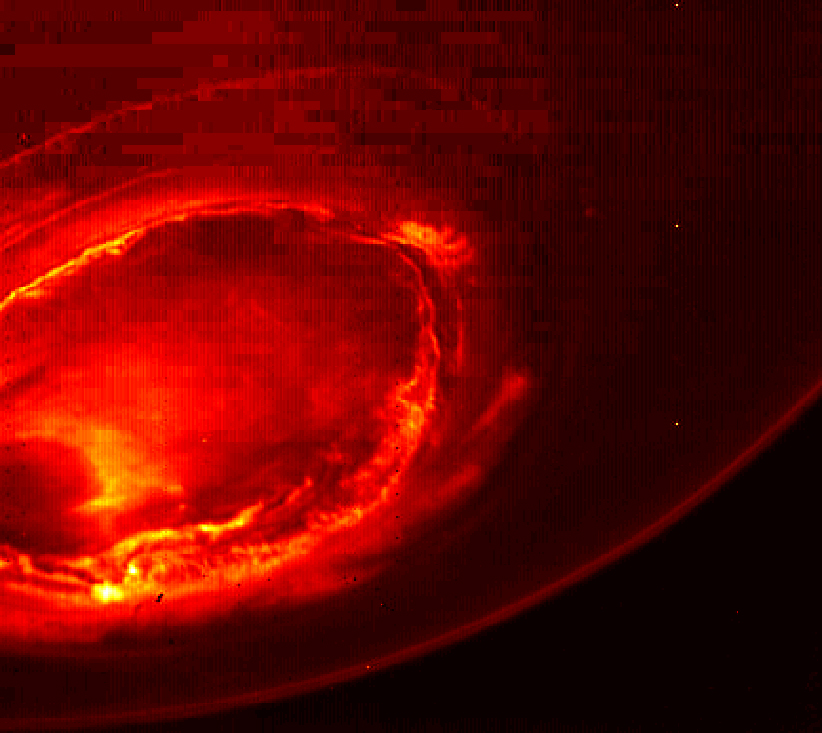 An infrared image of Jupiter's southern aurora from Juno. NASA/JPL-Caltech/SwRI/ASI/INAF/JIRAM

Such is Jupiter’s size that it plays a large role in the Solar System, shepherding asteroids around and perhaps also dictating the formation of the inner planets. Recent studies suggest Jupiter may have swung through the inner Solar System early in its life, helping the rocky worlds of Earth, Mercury, and Venus come into existence.

By studying Jupiter, scientists hope to not only learn more about the role Jupiter played in the early Solar System, but also understand its interior. Instruments on Juno will help map what’s going on under the cloud tops, and give us a new insight into the gas giant’s structure.

Juno will continue to swing past Jupiter in a large, sweeping orbit until February 2018, when it will be sent to burn up in the gas giant’s atmosphere. You can be sure that there will be plenty more fascinating images like these over the next year and a half, and from November 2016 you'll even be able to vote on where Juno should point its camera next.