Humanity is no longer the only species on Earth that has entered the Stone Age. It’s been known for some time now that various other primates use stone tools, including chimpanzees, capuchins, and macaques. Just recently, a study revealed that there was enough archaeological evidence to prove that macaques in Thailand have been crafting geological tools for at least half a century.

Now, it seems that capuchins have them beat. Tools in Brazil, undoubtedly made by capuchin hands, have been dated to be at least 700 years old. This means that just as the Renaissance was beginning in Italy, capuchins were crafting little chisels and hammers out of various stones in South America – although, in all likelihood, they had entered the Stone Age long before this.

As the study in the journal Current Biology notes, the field of primate archaeology is relatively nascent. Michael Haslam, the lead author of this research and the head of the Primate Archaeology (Primarch) project at the University of Oxford, is a pioneer in the field. He’s previously uncovered evidence of stone tool use in Thailand by macaques, but this new discovery is far more of a game-changer.

“Until now, the only archaeological record of pre-modern, non-human animal tool use comes from a study of three chimpanzee sites in Cote d'Ivoire in Africa, where tools were dated to between 4,300 and 1,300 years old,” Haslam said in a statement. “Here, we have new evidence that suggests monkeys and other primates out of Africa were also using tools for hundreds, possibly thousands of years.”

Brazilian capuchins entered the Stone Age at least 700 years ago. University of Oxford

Capuchins are indubitably clever monkeys. Researchers have long observed them using stones as hand-held hammers and anvils to break open hard, shelled food like cashews and seeds, while younglings watch their elders hammer away and learn from observation.

Whenever a capuchin is full of delicious nuts, it tends to leave its stone tools by a cache of discarded shells, which over time gets buried by sand and soil. After waiting for the capuchins to scuttle off, the researchers sauntered over to these sites and dug into the ground to see if they could find any older tools.

Using distinctive identifying marks on the tools made by the grinding, slamming, hammering action of long-gone capuchins, 69 tools were successfully excavated from a depth of up to 0.7 meters (2.3 feet), and radiocarbon dated using small pieces of charcoal. The oldest tools were 600 to 700 years of age, which means that 100 generations of capuchins – at least – have been using stone tools. They think it’s only a matter of time until older tools are found.

There is an even more tantalizing prospect to this discovery. The European invasion didn’t occur until the year 1500, so the capuchin Stone Age predates this by around 200 years. The indigenous populations of Brazil, therefore, may have come across capuchins breaking open cashew nuts native to this particular area.

“It is possible,” Haslam notes, “that the first humans to arrive here learned about this unknown food through watching the monkeys and their primate cashew-processing industry.” So instead of monkeys or apes mimicking humans, in this case, it may have been the other way around. 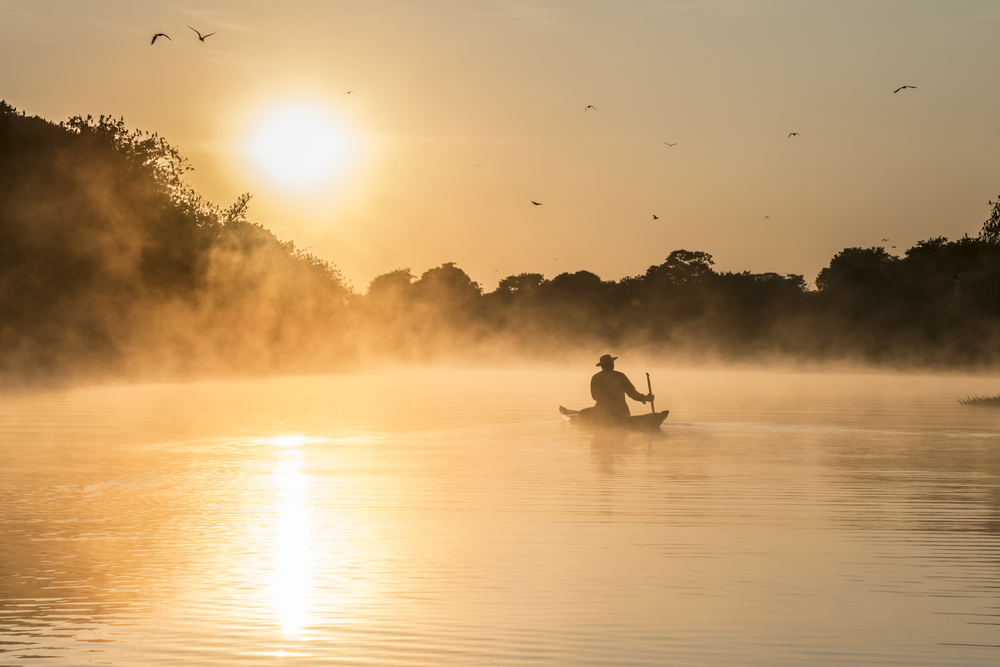 Humans living in the Amazon may have educated themselves about certain stone tools from monkeys once upon a time. ANDRE DIB/Shutterstock