Flesh-eating screwworms have already taken out over 100 of Florida's Key deer subspecies and continues to threaten the state's livestock. Fortunately, scientists and some infertile flies are here to save the day.

Last month, the US Department of Agriculture (USDA) issued a statement confirming the New World screwworm had been found in numerous islands of the Florida Keys. These fly larvae bury into the flesh of warm-blooded mammals, such as wild deer, livestock, cats, dogs, and occasionally humans. The larvae typically get to the animals by the flies laying eggs in small open wounds, where the maggots then eat the creature alive using their corkscrew-like tips and fangs. If left untreated, it's often fatal.

The USDA added that they have already released a handful of sterile flies to help tackle the issue. They now say they are in full swing of releasing over 3 million sterile male flies twice a week to prevent further spreading, BBC News reports. 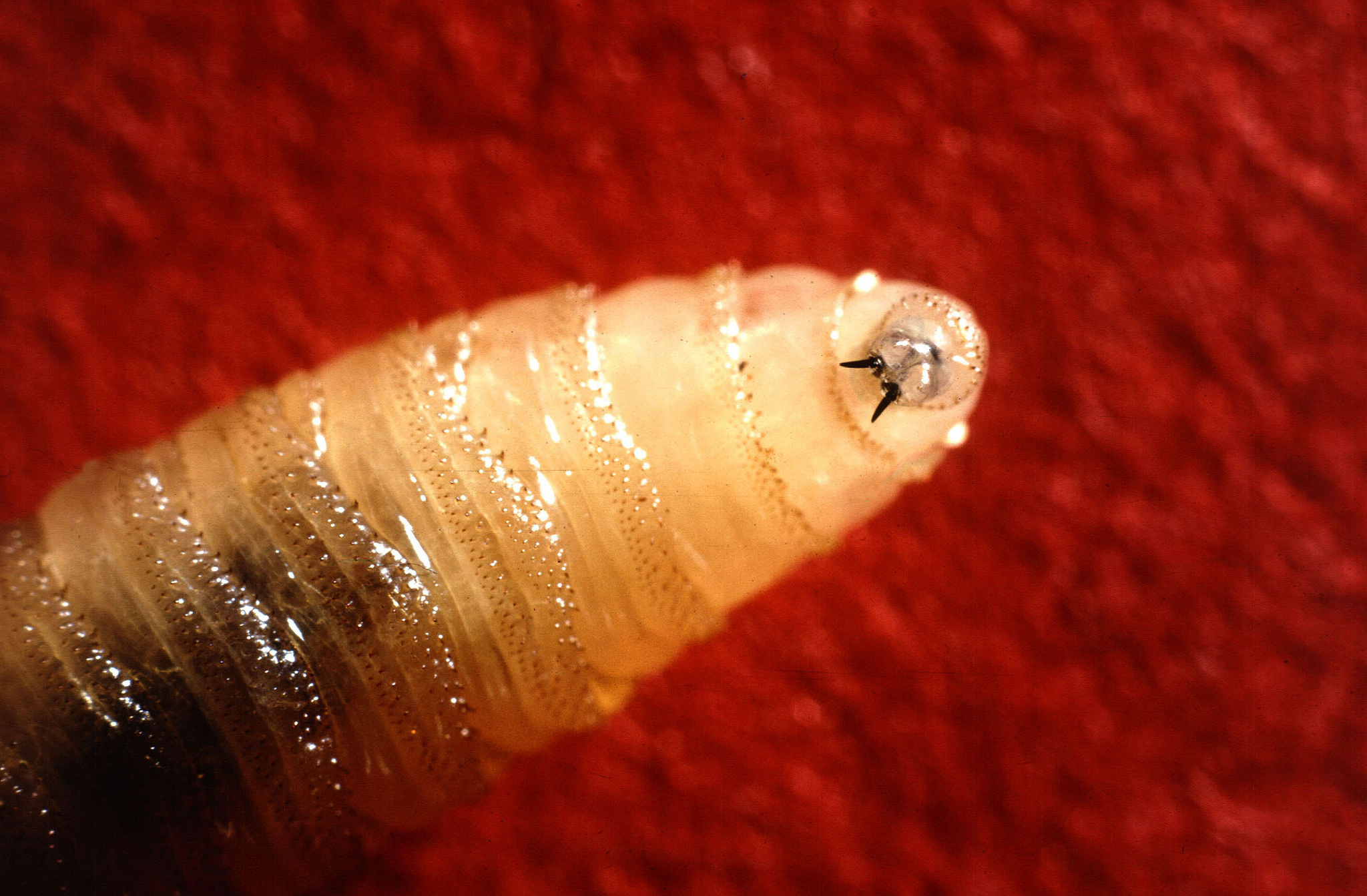 The tiny fangs of the screwworm dig into flesh. UJohn Kucharski/US Department of Agriculture/Flickr (CC BY 2.0)

Scientists start by breeding millions of the flies. They then “zap” the males with radiation to make them sterile. The logic follows that when these sterile males mate with females, they do not produce any eggs, and the population subsequently crashes.

Introducing sterile flies is a tried and tested method that the USDA have used before. It was originally carried out in 1958 and managed to successfully eradicate the species from the US by the 1960s. However, these mini-menaces have managed to claw their way back into the US for the first time in 30 years. The origin of this infestation is unknown, although the screwworm is still widely found in most South American countries and five Caribbean countries.

The situation has been described as an agricultural state of emergency in Monroe County because of its threat to livestock. Another major concern is its threat to Key deer, a particularly cute subspecies of white-tailed deer that can now only be found in certain pockets of the Florida Keys. For now, the USDA is hoping the sterile flies can do their thing and dampen the spread of these nasty little maggots.