With this year expected to come in as the warmest on record, things are not looking good for the frozen poles. Despite it being winter in the Northern Hemisphere – a time when the Arctic is supposed to be at its coldest – researchers are expecting that the region will be hit by another warm period in the middle of this season.

While the planet has warmed by just over 1°C (1.8°F) above baseline, the Arctic is continuing to warm at double this rate. At the beginning of this winter, some regions of the far north were experiencing temperatures a whopping 20°C (36°F) higher than normal for that time of the year, causing the sea ice to start melting when it should have been growing.

Driven by a patch of low pressure currently sitting over Greenland, The Guardian reports that it is pulling in warmer air that normally stays south, leading to a midwinter warming. While these events have occurred before, the frequency of them is increasing. “These are very strange temperatures and are getting very close to hitting the freezing point, which is incredible for this time of year,” explains the University of Melbourne’s Andrew King to The Guardian. 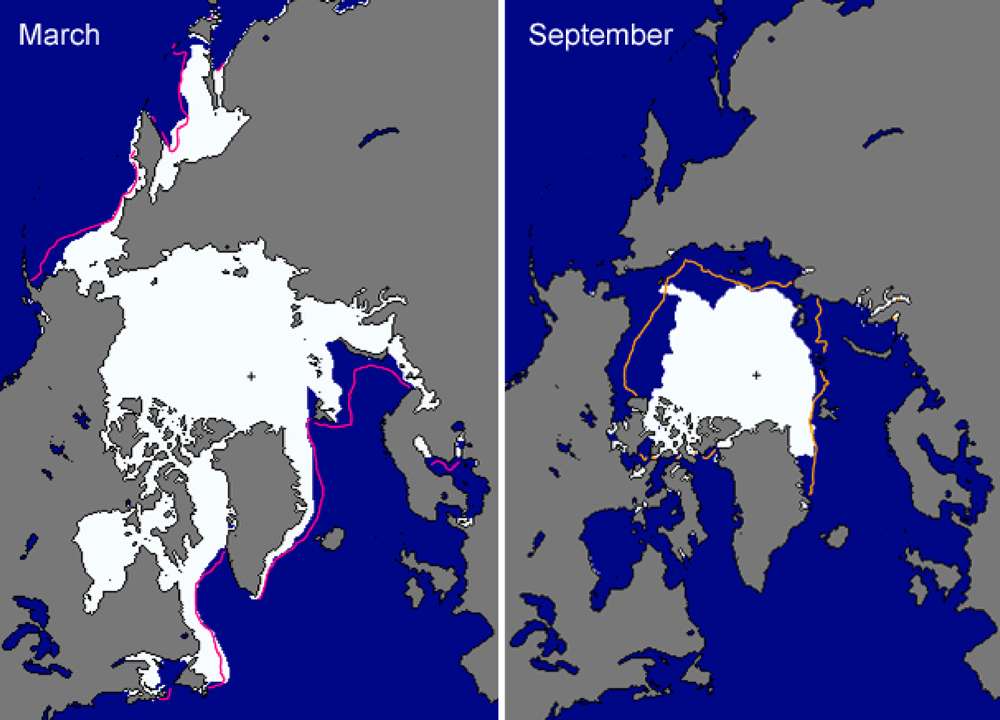 And the impact of all this heat is beginning to be felt. Animal migrations are already shifting to account for the increase in temperature, as reindeer are no longer treading their ancestral routes. They are moving further and further north, seeking colder regions in order to escape the biting mosquitoes that have moved north with the warming environment. Grizzly bears have been found to be moving north, while polar bears move south due to the lack of ice, leading to an increase in interactions between the two species and therefore more hybrids.

But it is not only the animals that are feeling the effects of the warming Arctic. Some climate scientists think that the melting of the polar cap is already influencing the weather in more southern latitudes. The narrowing of the temperature difference between the Arctic and the mid-northern latitudes has led to a weakening of the jet stream, the strong wind that forms the boundary between the Arctic and the rest of the Northern Hemisphere. This can lead to colder air "slipping" south, and giving rise to the extreme levels of snow and ice seen in both North America and Europe over the past few years.

These warming temperatures put us in unchartered territory, therefore it's difficult to predict what will result from what's currently going on in the Arctic.