Since her discovery in Ethiopia’s Afar region in 1974, evolutionary superstar “Lucy” has helped researchers to solve some of the toughest palaeontological puzzles and retrace the origins of numerous human traits. The ancient species to which she belonged is considered to be an ancestor to all modern hominins, including humans, and new research suggests that her brain was structured like that of an ape, but developed in a pattern more akin to that of a human.

Known as Australopithecus afarensis, this vital link in the hominid family tree lived in East Africa from about 3.8 to 2.9 million years ago and is thought to have walked in an upright position and even used stone tools. Because of this, it had been speculated that A. afarensis may have possessed a brain that more closely resembled that of a human than that of our closest living ape relative, the chimpanzee.

Unfortunately, brains are squishy and therefore tend to decompose into mush and disappear rather than fossilize, which means we haven’t been able to directly study the cortical apparatus of this intriguing relic. However, in a new study in the journal Science Advances, a team of scientists explain how they were able to use computer tomography (CT) scanning techniques to reveal the brain imprints on the inside of the fossilized skulls of eight A. afarensis specimens, thus revealing the structure of these missing brains. 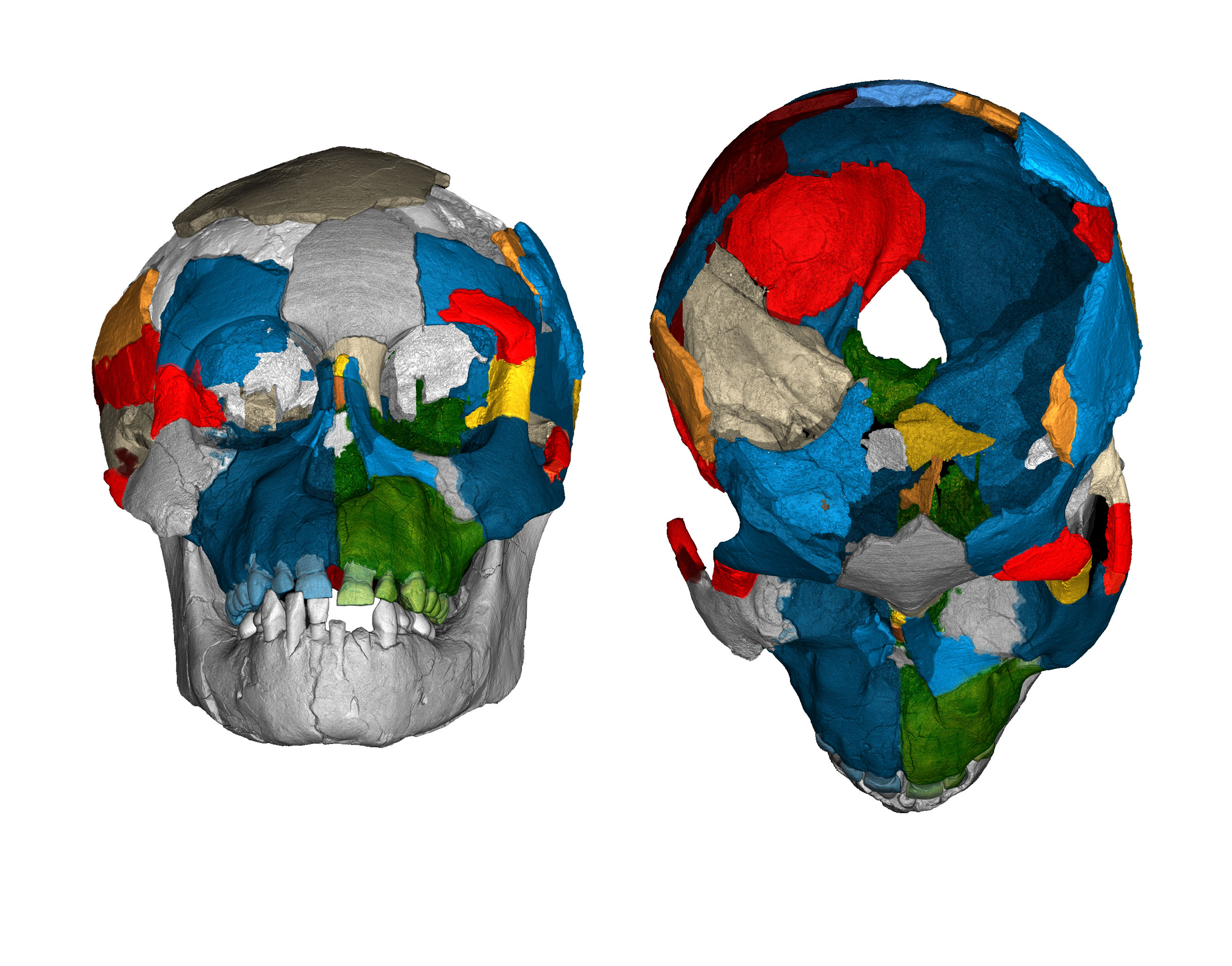 Brain imprints in fossil skulls of the species Australopithecus afarensis (famous for "Lucy" and the "Dikika child" from Ethiopia pictured here) shed new light on the evolution of brain growth and organization. The exceptionally preserved endocranial imprint of the Dikika child reveals an ape-like brain organization and no features derived towards humans. Image: Philipp Gunz, MPI EVA Leipzig.

The study authors paid particular attention to a brain region called the occipital lobe, which is found at the rear of the brain and forms part of the visual cortex. Within this region, a structure called the lunate sulcus tends to be found further forward in apes than in humans.

In their report, the study authors explain that the scans clearly revealed the lunate sulcus of A. afarensis to be in an ape-like position, indicating that the species had a brain that was more similar in structure to that of a chimpanzee than a human.

Furthermore, dental analysis revealed that two of the eight specimens involved in this study were less than 2.5 years old when they died, giving the researchers the opportunity to compare the brains of adults and infants. The small cranial size of the young specimens indicated that the brains of A. afarensis took years to reach full size – a trait that is only seen in humans.

The slow development of human brains means that, unlike other animals, we tend to be entirely dependent on our caregivers for many years while we develop the neural infrastructure that underpins our cognition and social behavior. The discovery of a similar development speed in Lucy’s kin suggests that they too may have relied on their parents for survival throughout a protracted childhood.

"The combination of apelike brain structure and humanlike protracted brain growth in Lucy's species was unexpected," said study author William Kimbel in a statement. "That finding supports the idea that human brain evolution was very much a piecemeal affair, with extended brain growth appearing before the origin of our own genus, Homo."