A highly destructive earthquake will one day occur across Bangladesh, threatening up to 140 million people with displacement or death.

That's according to a new Nature Geoscience study, which says the fault zone beneath the nation is “locked and loaded,” and is a seriously underappreciated threat. Although they cannot say precisely when it will unleash its fury, it – as always – is a matter of inevitability, and more researchers and government agencies should pay attention to it.

This fault line beneath the Indo-Burman Ranges is known as a megathrust, which, despite having a rather nebulous definition, generally means that earthquakes of magnitudes 9.0 or above are able to occur along them. This particular fault zone is so huge that, should it suddenly jut forwards, it could move an area of 62,000 square kilometers (24,000 square miles) forward a distance of 30 meters (around 100 feet) at a remarkable speed. 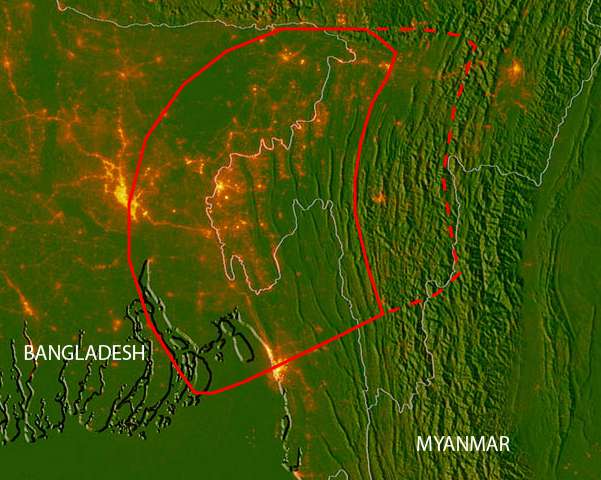 A complex network of GPS stations have been detecting movement on this fault since 2003, and it’s clear that eastern Bangladesh is pushing diagonally into western Myanmar at a rate of 46 millimeters (1.8 inches) per year – fast, compared to other similar subduction zone faults.

No megathrust earthquakes have occurred here for around 400 years, which means that, assuming this rate of subduction has remained constant, a lot of stress has been building up. When the megathrust quake does happen, it will practically destroy the nation’s capital Dhaka, which is home to 15 million people.

“We don’t know how long it will take to build up steam,” lead author Michael Steckler, a geophysicist at Columbia University’s Lamont-Doherty Earth Observatory, said in a statement. “We can’t say it’s imminent or [due in] another 500 years. But we can definitely see it building.”

As with all megathrusts, this one is occurring as one plate slides under another in a process known as subduction. Often, the denser subducting plate gets stuck on the other as it descends, which builds up immense amounts of stress – and a release can unleash many millions of atomic bomb blasts’ worth of energy in mere seconds.

Although scientists have known about this plate boundary for some time, they thought that it was only sliding horizontally. This newly revealed subduction region changes everything.

Many megathrust earthquakes occur underwater, which can displace massive swaths of the ocean and generate catastrophically deadly tsunamis, such as the one that devastated the eastern coast of Japan in 2011 and killed more than 20,000 people. In fact, this fault zone is an extension of the one in the Indian Ocean that caused the tsunami in 2004 that killed 230,000 people.

This Bangladesh megathrust is somewhat different, in that the subduction is occurring within land above water. These means that although it won’t cause a tsunami when it ruptures, it will quickly transfer all its energy to the land, which will magnify the damage it can cause via its violent tremors.

Bangladesh is a nation that is pummeled by natural disasters of all kinds, including landslides, floods, tropical cyclones and of course earthquakes. The world’s eighth-most populous nation, it is beset by corruption, poverty, governmental inaction, climate change, human rights abuse, and overpopulation.

In the event of a megathrust earthquake along this fault line, there will be thousands of immediate deaths, and millions will be displaced around a nation with newly fragmented infrastructure already beset by poor management. In a worse-case scenario, it will cause an unprecedented humanitarian disaster. 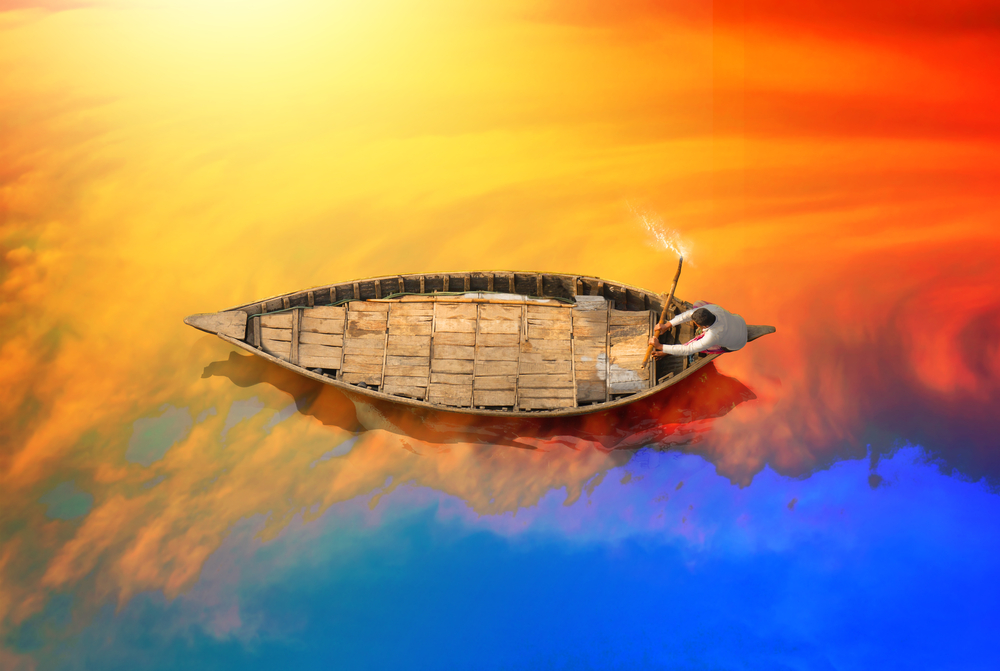 One of Bangladesh's many rivers. The country is doing better than it once was, but this disaster would potentially wreck the fragile economy, among other things. Arlo Magicman/Shutterstock