A jade pendant discovered in southern Belize has puzzled archaeologists, and could greatly extend what we know of the later part of Maya civilization. Symbols on the pendant hint at an unexpected development in Maya history, and the location and circumstances where the stone was found add to its significance.

For hundreds of years the Mayans built one of the most advanced civilizations the world had yet seen in an area covering modern-day Guatemala, Belize, and parts of neighboring countries. Then around 850 CE, their classical culture collapsed, probably as a result of local climate change. Although subsequent civilizations in the region maintained aspects of Maya culture, the wealth and technological development was never regained.

While digging at Nim Li Punit in Belize, Professor Geoffrey Braswell of the University of California, San Diego discovered a jade pendant 19 centimeters (7.4 inches) wide, 10 centimeters (4 inches) high, and just 0.8 centimeters (0.3 inches) thick. This makes it the second biggest piece of jade jewelry found in Belize. Slicing such a thin sliver off a larger block would have taken both perseverance and competence. Braswell believes it was done with string and jade dust as cutting implements.

On one side the pendant has a deeply grooved T cut into it, the Mayan symbol for wind or breath. The other has markings indicating something of its history, including its first use date, which converted from the Maya calendar to the Gregorian places its origins in 672 CE. The site from which it was recovered indicates the pendant was buried in around 800 CE. Judging by sculptures showing the king wearing a T-shaped pendant while scattering incense in 721 and 731, it remained an important part of local religious observations for much of that time. 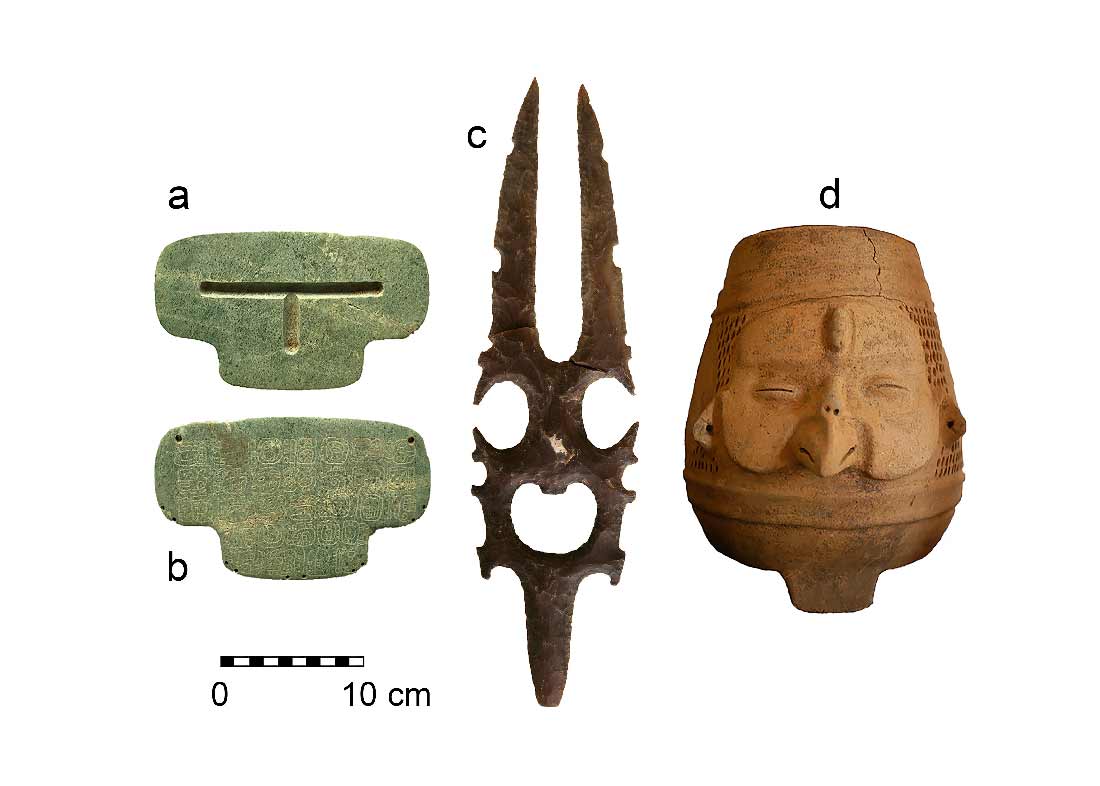 The precious pendant and some of the items buried with it. Geoffrey Braswell

For the Mayans, the wind god was not a minor deity. They were dependent on the annual monsoon, and knew the consequences when it failed. The fact that the pendant, apparently considered deeply sacred through several generations, was buried, along with 25 pottery vessels and another sacred stone, around the time things started to go bad for the Mayans may be significant. It is possible the internment was a desperate attempt to placate a god people thought had deserted them.

Another interesting aspect to the find is that Nim Li Punit, was at the periphery of the Mayan world – not the sort of place where such a valuable stone would be expected, particularly since the jade was quarried in what is now Guatemala. While many valuable items were looted and then buried again, Braswell doesn't think this is the case for the pendant. Fortunately, however, the inscriptions on the stone tell a tale.

Although there is not yet full agreement on the Mayan language, Braswell and his colleagues translate the inscriptions in the journal Ancient Mesoamerica as indicating the pendant was made for the king Janaab' Ohi K'inich, whose mother, it says, came from Cahal Pech, 100 kilometers (60 miles) away on the other side of a mountain range. In an era when all travel was on foot and the rainforest hard to penetrate, such journeys were rare. Janaab' Ohi K'inich's father appears to have come from even further afield.

Braswell thinks that Janaab' Ohi K'inich was the founder of a new dynasty on the edges of the empire. Alternatively, the pendant may have reached its resting place as a gift, given to an important ally some time before. “We didn’t think we’d find royal, political connections to the north and the west of Nim Li Punit,” Braswell in a statement. 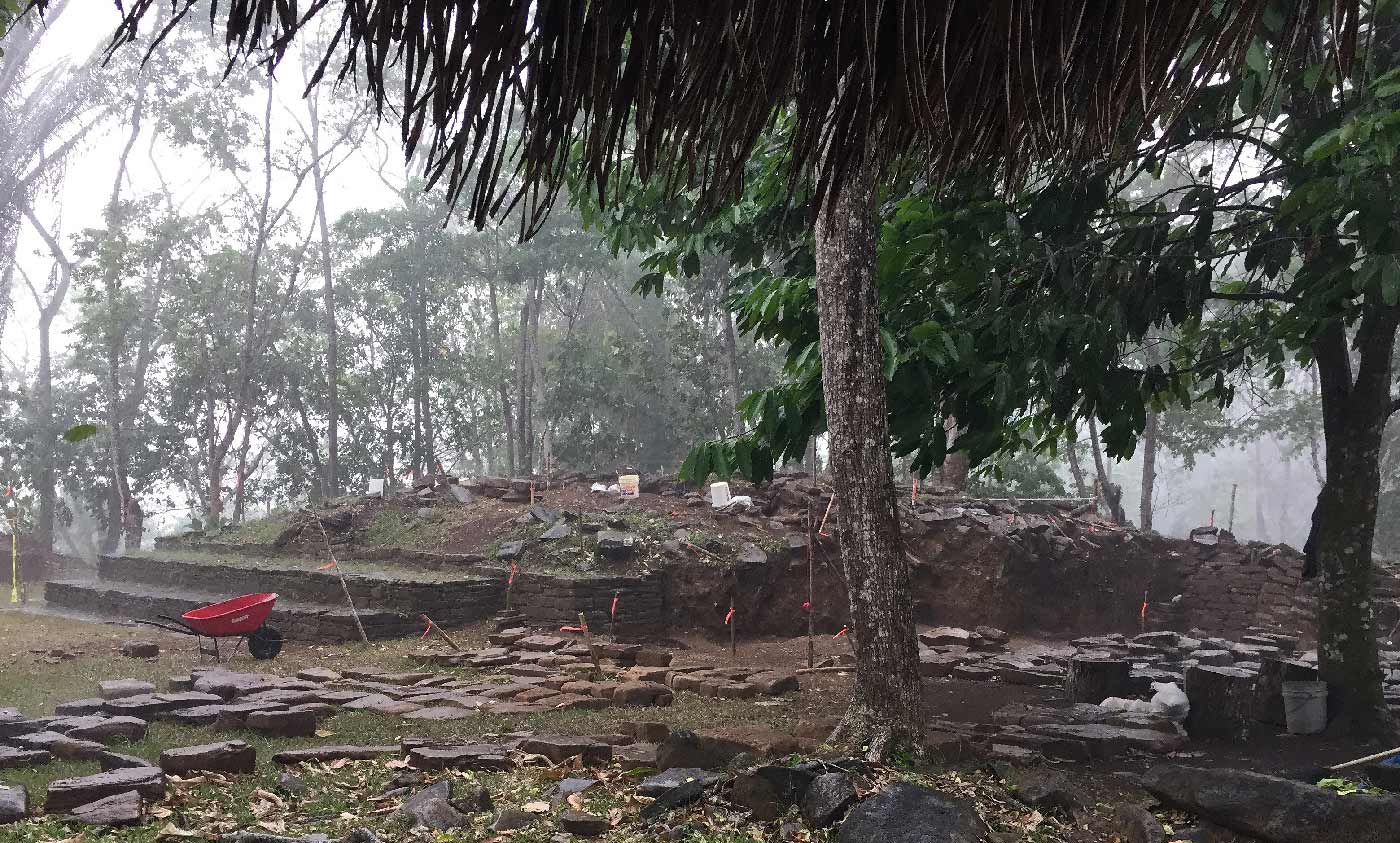 The site at Nim Li Punit, Belize, where the pendant was discovered. The city was abandoned as part of the climate-induced Mayan collapse shortly after the pendant was buried. Geoffrey Brasswell