Volcanoes are paradoxical things. They tend to destroy everything in their path when they erupt, but after the ash has settled, they are surprisingly good at preserving archaeological remains – at least, those not consumed by the fire.

Pompeii and Herculaneum are great examples, but as reported in a stunning paper in the cacophonously-named journal Palaeogeography, Palaeoclimatology, Palaeoecology, human footprints can also be frozen in time. At a newly discovered site in Tanzania, right next to the world’s weirdest volcano, a team of researchers stumbled across a whopping 400 of them.

Radiocarbon dating has proven to be quite tricky here – the best date range the researchers can give is that these footprints are anywhere from 5,800 to 19,100 years old.

The former coincides with a time when agriculture was developing and organized human civilizations were beginning to crop up around the world. The latter would place these ancient humans as being in the throes of the last glacial period.

"Since modern humans were present in Africa around 200,000 years ago," the authors explain in their study, "Engare Sero represents the most abundant and best-preserved footprint site of anatomically modern Homo sapiens currently known in Africa."

The tracks reveal that, once upon a time, an enormous gathering of people were crisscrossing the region, with many of them migrating towards an unknown destination to the southwest. Some of these long-gone Homo sapiens were moving at a brisk walking pace, while others appeared to be jogging.

Small groups of closely-spaced footprints show that women and children were traveling together. One particularly tall person was walking slightly strangely, with his imprints indicating he may have had a broken big toe.

“Human origins is a huge interest of mine: where we came from, and why we are who we are,” lead researcher Cynthia Liutkus-Pierce, a geologist from Appalachian State University, told National Geographic. “It was definitely emotional to see our own history in this.”

“The first time we went out there, I remember getting out of the vehicle, and I teared up a little bit.”

The researchers have barely scratched the surface, but it’s already clear that the Engare Sero site, named after the nearby village, is one of the most well-preserved snapshots of ancient human culture ever found.

The fact that these footprints were preserved at all is quite astonishing. The volcanic mixture of ashy mud that they were found in came from a truly bizarre volcano named Ol Doinyo Lengai, a member of the enigmatic East African Rift system.

Beneath this mountain – whose name means “Mountain of God” in the local Maasai language – the African continent is splitting apart, and some very curious magmas are rising up to the surface. Ol Doinyo Lengai erupts a black, carbon-rich type that’s often far more fluid than water.

This often means that new flows quickly smother older ones, so any preserved ashen footprints would likely be covered up. However, some of this volcano’s ash was washed further out onto the plains by water flows, where it formed a compactable mud far from the destructive volcanic vent – perfect for preserving footprints.

This isn’t actually the first time human footprints have been found in volcanic material. The Ancient Footprints of Acahualinca, found alongside Nicaragua’s Lake Managua, feature the 2,120-year-old traces of 15 people’s feet. Discovered in 1874, they are just one example of many.

The lunar surface is also made of Hawaiian-like volcanic material and dust, and as there’s pretty much no atmosphere there to erode them, the footprints of the Apollo program astronauts also fall into this rather niche category.

What a wonderful juxtaposition that is, though – human footprints, from the volcanic plains of the African continent to the surface of our Moon in just a few millennia. More than anything, these two distinct time capsules of human evolution are a beautiful illustration of how far we’ve come from such humble beginnings. 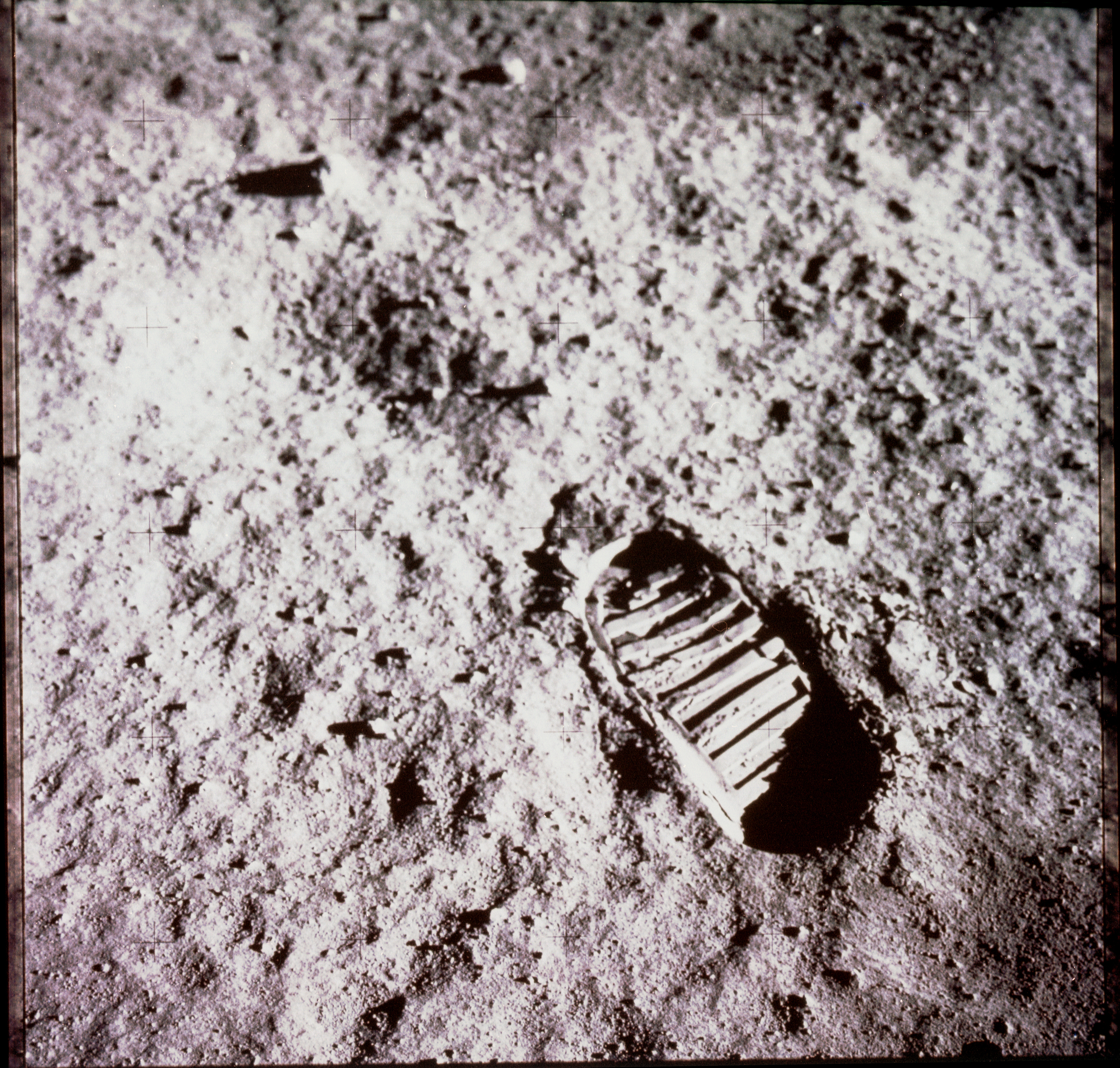 One of Buzz Aldrin's footprints on the lunar surface. NASA