Markings on the teeth of a 25-million-year-old whale fossil have helped answer one of the biggest (in every sense of the word) questions about the evolution of marine mammals. The find points to how baleen whales, among the largest animals that ever existed, evolved their distinctive whalebone.

Blue, minke, and right whales, among others, have comb-like structures of baleen at the front of their mouths instead of teeth. Baleen is a hard substance made from keratin, the basic protein that makes up hair and fingernails. It works as a filter-feeder system inside the mouth so krill, other plankton, small fish and squid get caught in the baleen and can be removed with the tongue for swallowing without bringing a lot of salty water with them. 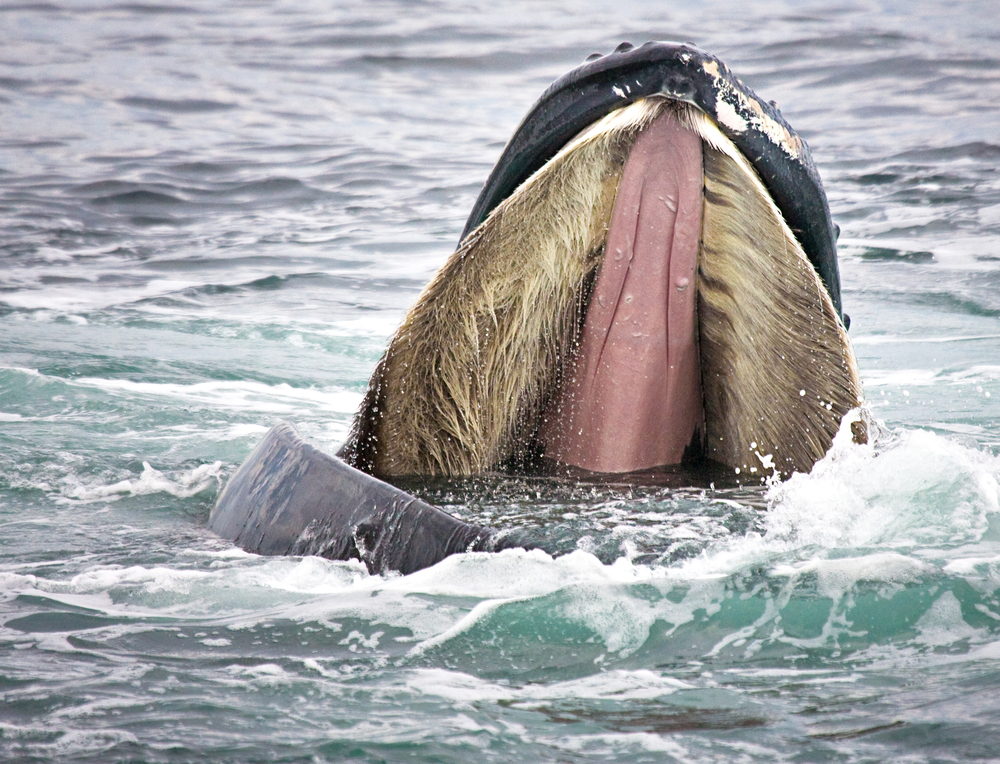 Biologists as far back as Darwin have been puzzled as to how such unusual mouthparts evolved. One early whale fossil had teeth and what appeared to some people to be early signs of baleen, leading to a theory that the two co-existed for a while, but this has been greatly disputed.

“Alfred”, the name given to a skull of the extinct whale group aetiocetids changes the picture, according to Dr Erich Fitzgerald of the Museum of Victoria. Alfred has no baleen, but his teeth feature tiny horizontal scratches that are also seen in a few living marine mammals, including walruses.

What these mammals have in common is that they suck in water and prey before expelling the water. The prey sometimes comes with sand, which leaves the small scratches on the teeth when scraped across them with the back and forward motion of the tongue.

These marks have never been seen before on an aetiocetid. Fitzgerald takes them as proof that Alfred and his kin were using suction feeding long before they developed baleen. The claim is published in Memoirs of Museums Victoria, a peer-reviewed journal. 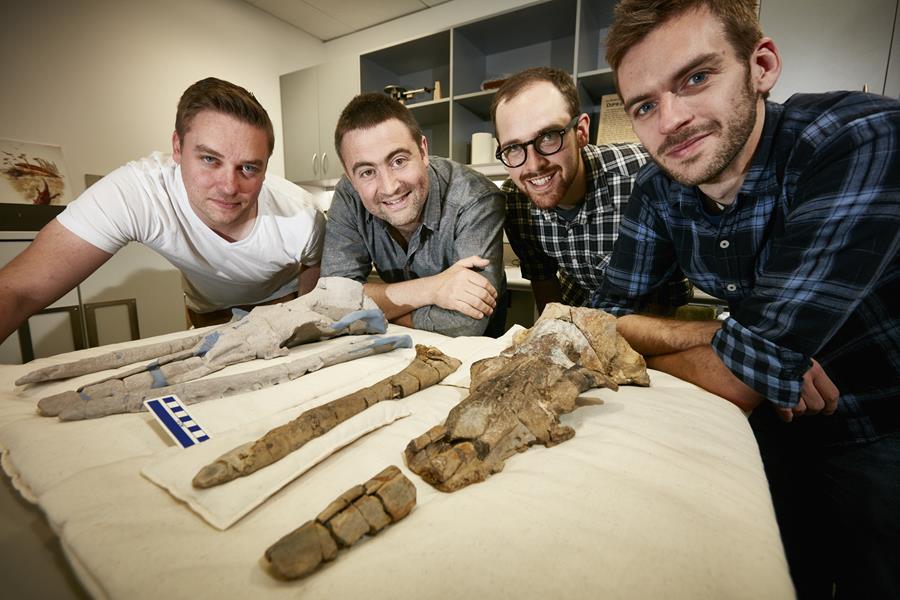 “Alfred shows how ancient baleen whales made the evolutionary switch from biting prey with teeth to filtering using baleen. They first became suction feeders. Feeding in this way resulted in reduced need for teeth, so over time their teeth were lost before baleen appeared,” said co-author Dr Felix Marx in a statement.

Between the loss of teeth and the emergence of baleen, Fitzgerald thinks the soft tissue of the lips and gums acted as a sieve, although presumably far less effectively than how baleen does the same job today.

Baleen whales are divided between those who “skim feed” and what are called “gulp feeders”. Fitzgerald told IFLScience this division probably evolved after the appearance of baleen, with the skim feeding used by right whales being a more primitive technique, probably similar to what Alfred adopted. This involves sucking water in the front of the mouth and letting it pass out the sides, trapping prey in the process. Gulping, as used by humpback and minke whales, brings in huge amounts of water, which is then pushed out through the baleen mat, and is probably a more recent development. 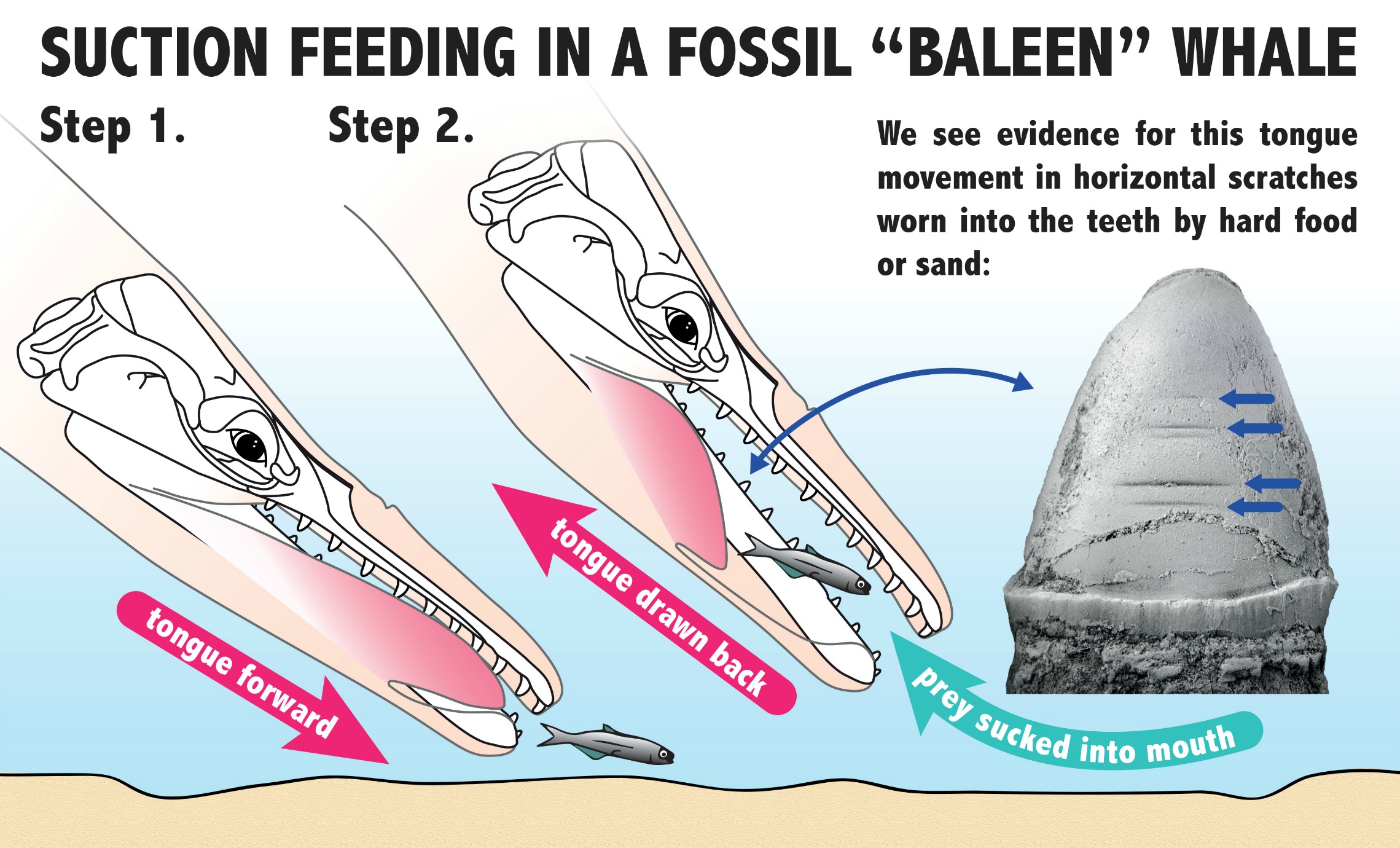 How Alfred and other ancestors of baleen whales are thought to have fed, with one of his teeth showing the revealing horizontal lines. Museum of Victoria.