It’s been called the most important anthropological fossil of the twentieth century, but it seems the significance of the Taung Child is often overshadowed by the more famous finds of Lucy, Little Foot or perhaps Mrs Ples. But it shouldn’t be.

It all began in 1923 with a young British anatomist named Raymond Dart, who begrudgingly left a position at one of the world’s leading medical research centers in London for a new post at Johannesburg’s University of Witwatersrand - which was't exactly reputable or well-equipped at the time.

Then, the widely held belief was that humans had their origins in either Europe or Asia. Half a century earlier, however, Darwin had toyed with the prospect of our emergence occurring in Africa, given that two of our closest living relatives, chimpanzees and gorillas, call the continent their home.

That being said, even Darwin didn’t oppose the idea that our umbilical cord lay in Europe, and some significant fossil finds bolstered this theory. Neanderthal fossils, for example, were first discovered and recognized as human ancestors in Europe in the mid-1800s, and by Britain’s Piltdown man, found in 1912, was claimed to be the “missing link” between humans and apes. Long accepted as an ancient human ancestor, it was not for 40 years that the fossil was found to be a hoax. 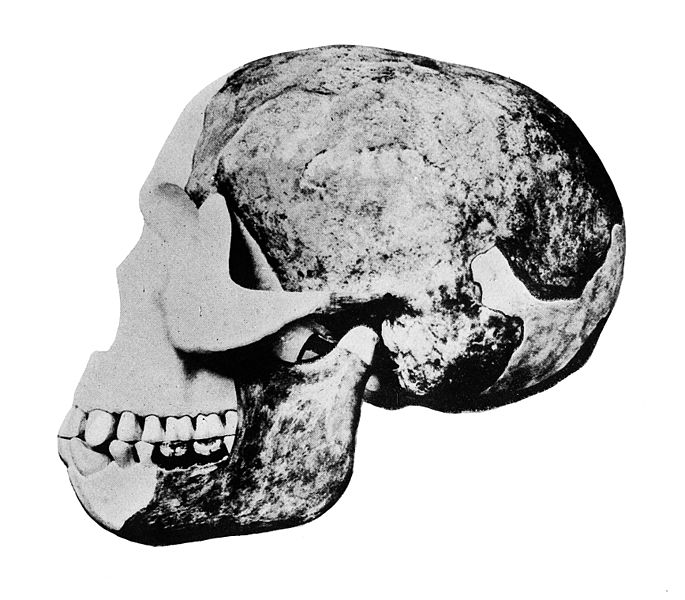 But it was not this fraudulent act that spurred scientists to rethink our roots. It was a tiny skull, complete with a fossilized brain cast, delivered to Dart’s doorstep in 1924. Buried amongst a clutter of other fossils that had been unearthed in a quarry at a lime mine Taung, Dart immediately knew this specimen was something extraordinary, and belonged to no ordinary ape. In his book “Adventures with the Missing Link,” he vividly recalls that moment: “Here in lime-consolidated sand was the replica of a brain three times as large as that of a baboon and considerably bigger than that of an adult chimpanzee. The startling image of the convolutions and furrows of the brain and the blood vessels of the skull were plainly visible.”

Dart then embarked on a delicate venture to carefully chisel away at the rock the specimen was embedded in, using highly technical equipment: his wife’s knitting needles. Then, several months later, Dart’s Christmas came early. On December 23, the skull fell free from its casing, revealing a child’s face complete with baby teeth and molars that were frozen in the process of erupting through the gums. Later analysis of the infant’s dentition placed its age at death at around three years. The Taung Child skull, taken at the University of Witswatersrand. Justine Alford.

But it wasn’t just the human-like teeth that made this skull remarkable. The find represented the first evidence for bipedal walking in an early human. Much like in humans, the hole through which the spinal cord threaded was located toward the bottom of the skull, which contrasts what we see in apes that walk on all fours. This quadrupedal locomotion is associated with a hole, or foramen magnum, further towards the rear of the head.

Dart couldn’t wait to tell the world of his discovery, and hastily detailed his findings in the prestigious journal Nature. He named the species Australopithecus africanus, or “southern ape of Africa.”

Of course, the novel idea that humans had arisen in Africa, and not Europe or Asia, did not come without raised eyebrows. Dismissed by experts as just an old ape or monkey, the significance of the find did not gain momentum for decades, with scientists insisting that it wasn’t worth contemplating until an adult had been found. But it managed to pique the interest of Robert Broom, a Scottish doctor and paleontologist, who became a vocal advocate of Dart’s claims. Broom then made it his mission to find an adult Australopithecus fossil, and dove into the Sterkfontein caves near Johannesburg, where instead he unearthed the fossilized remains of a huge baboon.

In a second visit to the caves in 1936, Broom’s dream came true, when he discovered the first adult “ape-man” Australopithecus, called TM 1511. And this wasn’t the end of it: numerous other specimens were subsequently excavated, including a new species Broom named Paranthropus robustus, and the 2-million-year-old, almost complete skull of “Mrs Ples,” which later turned out to belong to the same species as the Taung Child. Mrs Ples, taken at the University of Witswatersrand. Justine Alford

With evidence mounting, it became difficult to dismiss Australopithecus as one of our ancestors, and the idea that we emerged in Africa was finally, deservedly, accepted by the scientific community. Today, the Taung Child is regarded as one of the most significant hominin finds of the previous century.