The world is, for plenty of people right now, facing some very dark times. From refugee crises to the rise of nationalism, from the erosion of civil liberties to the breakneck pace of climate change, there’s a lot to be down about. Then, one fine day in April, you find out that there was once a genuine war between humans and emus, and life doesn’t seem so bad anymore.

Known as the Great Emu War, this took place in 1932 in the desert nation that we call Australia. There were casualties, but despite being heavily armed with actual rifles, humanity actually lost this fight. Meeting at a neutral point in the center of the Outback, humanity signed the Treaty of Campion and handed over its arms to the victorious emu horde, and the rest, as they say, is history.

Okay, that last part isn’t true – but remarkably, everything else is. First, a flashback to 1929.

After the First World War concluded, soldiers from Australia tended to go back to their day jobs as farmers. A lack of government support hindered things, and the price of wheat continued to tumble following the Great Depression in 1929. 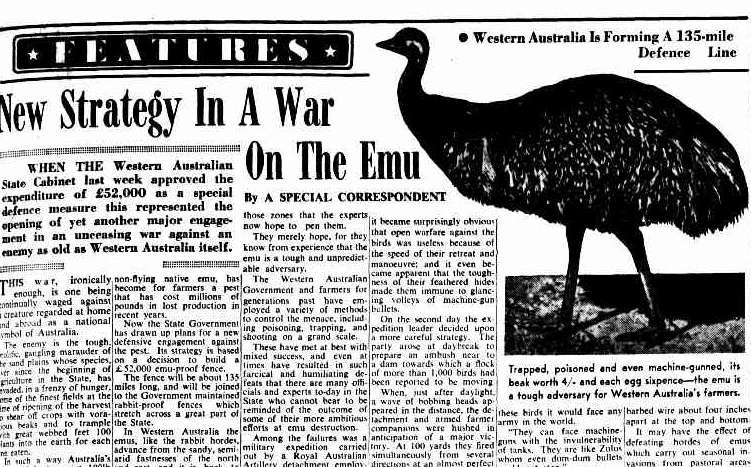 An excerpt from The Sunday Herald from 1953, reporting on the history of the Great Emu War. NLA

Things were exacerbated in the strangest way by 1932 – about 20,000 emus stormed into the region as part of their breeding season activities. Finding the water-logged agricultural lands of Western Australia particularly homely, they rapidly set up shop, stealing as many of the crops as they could and generally causing pandemonium.

Agreeing with the ex-soldiers that this emu army was a veritable nuisance, the Australian Minister of Defense gave them access to Lewis machine guns and plenty of ammunition, along with some top brass military guidance from Major G.P.W. Meredith of the Seventh Heavy Battery of the Royal Australian Artillery.

After an unexpectedly heavy rainfall in October delayed proceedings, the war began in earnest in November of 1932, and it was expected to be an easy victory for humanity. Oh, how wrong they were.

Emus are incredibly agile creatures. They took cover in shadowy scrub and behind trees, where the soldiers couldn’t get a clean shot.

A newspaper report on the war pointed out that the “emus soon began to improve their own understanding of the science of warfare.” The emus appeared to quickly realize that if they stood just far away enough, the soldier’s Lewis guns were too inaccurate to hit them.

An emu training for battle. Probably. Fort Rickey via YouTube

The guns also kept jamming, and even when they did hit an emu, it often did surprisingly little damage. One emu was shot five times to no effect, and it only died when a truck ran it down.

One soldier remarked that the only way to kill an emu was to “shoot it through the back of the head when his mouth was closed” or “through the front of his mouth” when it was open. “That’s how hard it is,” he bitterly added.

During an ambush attempt, soldiers had surrounded about 1,000 emus, but after just 12 rounds or so were fired, the guns jammed once again, and the emus fled. Even chasing after them in the back of vehicles and firing at them on the move proved ineffective, as the guns were simply not precise enough.

Ultimately, with 9,860 bullets fired, just around 900-1,000 emus were killed, meaning the soldiers had a one-in-ten hit rate. The emus eventually left the region, but only because they ran out of crops to eat.

Major Meredith later noted: “If we had a military division with the bullet-carrying capacity of these birds it would face any army in the world... They can face machine guns with the invulnerability of tanks.”

Humanity had decisively lost the Great Emu War. Later on, during a discussion in parliament, an MP asked if anyone should get medals for their valor during the conflict. Yes, another replied – the emus.

Ultimately, the Australian government decided to build a very costly wall along the western territories to keep them out, and hire bounty hunters to cull their numbers. Both proved a lot more effective, and in 1934, after just six months, over 57,000 emus were killed.

Nowadays, the emu is an officially protected species, so who won in the end? That, dear reader, is up to you to decide. 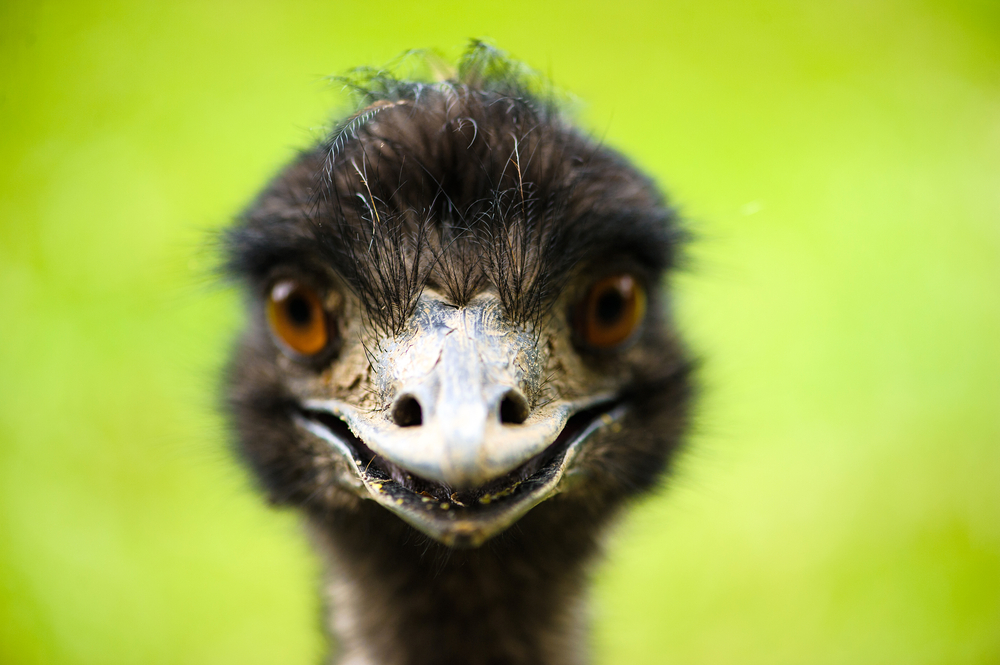 Watch it. They'll get you. The Len/Shutterstock