This year will be remembered as the year of LIGO, the US-based gravitational wave observatory. After February's momentous discovery, an international team has now confirmed another observation of gravitational waves from colliding black holes.

The incoming signal again pointed at two black holes merging, and scientists were able to infer that the black holes were between eight and 14 times the mass of the Sun, similar to stellar black holes in the Milky Way. The collision took place about 1.4 billion light-years from Earth, and the signal lasted for several seconds, which is a lot longer than in the first detection (at 0.5 seconds), although the differences don't stop there.

“What’s significantly different is that the masses are much smaller,” Dr Patrick Sutton, a member of the LIGO collaboration based at Cardiff University, told IFLScience. “It's about half the mass of the first detection. Those black holes were about 30 times the mass of the Sun, much bigger than any other black hole observed in our galaxy by any other means.”

This image depicts where the two gravitaional signals might have originated. Tim Pyle

In the latest detection, observed on December 26, 2015, there is also a clear signature that at least one of the black holes was spinning. While we expect black holes to rotate on themselves, given several other physical phenomena, this is the first direct detection of a spinning black hole.

The signal detected is a record of the last 27 orbits that the two black holes performed before hitting each other. The collision, which is called GW151226, led to the formation of a black hole that is 21 solar masses, bigger than what stars can normally form at the end of their life.

A third candidate event was also observed in October, but it is yet to be confirmed.

LIGO is a system of two observatories, one in Louisiana and one in Washington state, that can detect subtle changes in space-time produced by gravitational waves, by shooting lasers in an L-shaped detector and measuring the distance precisely.

The findings will be presented at the American Astronomical Society meeting in San Diego today, and a scientific paper detailing the detection has been accepted for publication in the journal Physical Review Letters.

“With detections of two strong events in the four months of our first observing run, we can begin to make predictions about how often we might be hearing gravitational waves in the future,” said Caltech’s Albert Lazzarini, deputy director of the LIGO Laboratory, in a statement. “LIGO is bringing us a new way to observe some of the darkest yet most energetic events in our universe.”

LIGO collected data from September 2015 until January, and the team is currently busy analyzing the observations. “This study covers the full data set but it looked for binary systems, specifically binary black holes,” said Dr Sutton. “There are other possible sources that could produce gravitational waves.” Other sources that could potentially be detected are supernovae, pulsars and even signals from the Big Bang.

LIGO is now undergoing some checks before being turned back on later this year, and it is expected to observe 1.5 to two times more volume of the universe. The Virgo observatory, which is based in Italy, will also commence its operations late this year. Having three gravitational wave detectors will allow scientists to determine with accuracy where the signals are coming from.

The age of gravitational astronomy has truly begun. 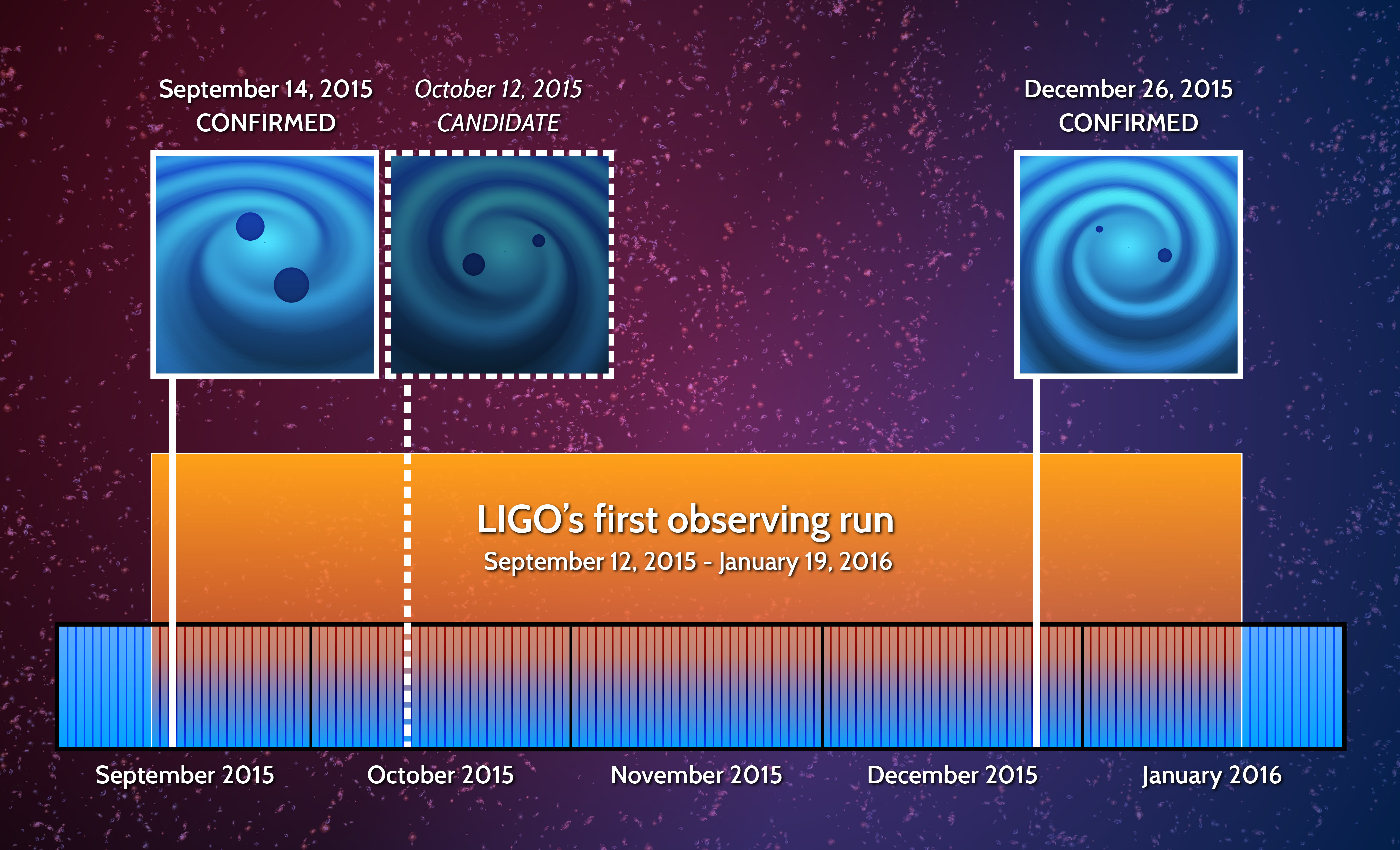