Despite being the most intelligent group of animals on the planet, hominids can also be the cruelest, as evidenced by humanity’s chequered history of warfare, torture, and bloodshed. While other great apes like chimpanzees are known to engage in group violence, gorillas had until recently been considered pacifists, but scientists have begun to notice strange changes in the behavior of wild mountain gorillas, some of whom are now perpetrating vicious mob attacks against helpless individual victims.

According to a new study by US researchers and the Karisoke Research Center in Rwanda and published in the journal Scientific Reports, group attacks had never been seen in gorillas until certain inexplicable demographic changes began to occur among those in the Democratic Republic of Congo’s Virunga National Park in the 1990s. Prior to this, groups had always consisted of a single male and multiple females, although for some reason, young males suddenly stopped leaving their birth groups, resulting in a quarter of the population living in groups containing three or more males.

Once this shift occurred, the researchers began seeing some alarming brutality. In their study, they describe three such instances in graphic detail, the first of which saw a solitary male called Inshuti attacked by all 26 members of a group called the Beetsme group – including infants, juveniles, and females. 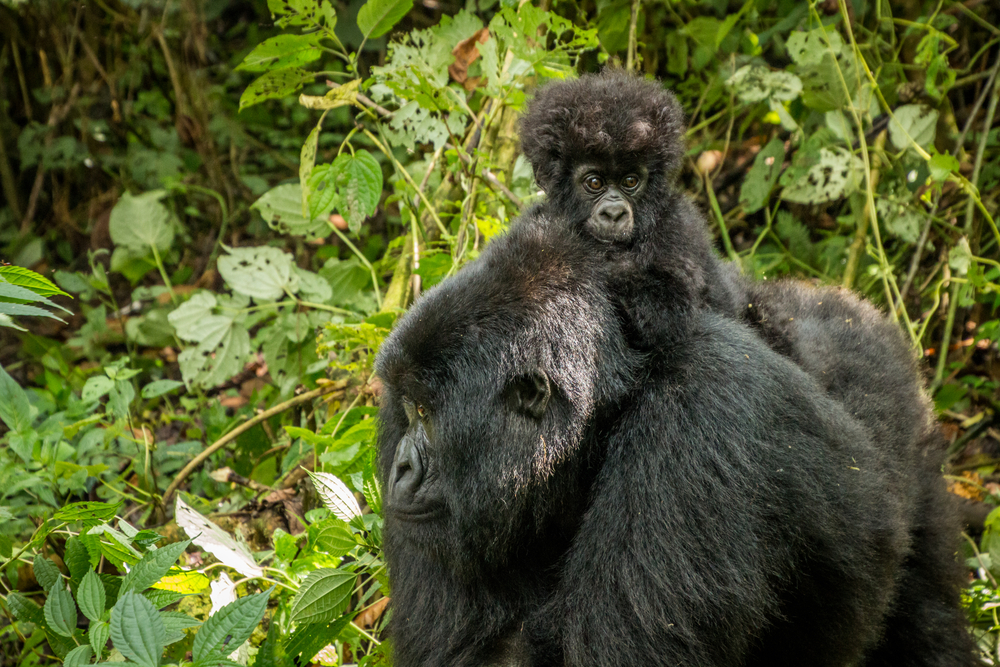 Even females and infants have been seen participating in the attacks. Simon Eeman/Shutterstock

“The group members surrounded Inshuti; it was difficult to distinguish him under the other gorillas. The alpha male’s actions were the most violent of the behaviors visible to observers. While many gorillas were pulling out chunks of Inshuti’s hair, biting, kicking, and hitting him, the alpha male repeatedly sank his teeth into his body and shook his head back and forth, similar to a canid shaking prey,” write the study authors.

Fortunately, Inshuti was able to escape after three to four minutes, but was attacked again by a male and nine females belonging to the Titus group in May 2013.

While Inshuti was lucky to get away with his life on both occasions, another male called Bikwi was not so fortunate when he was set upon by all 42 members of the Pablo group in June 2010.

The sudden appearance of mob violence among Virunga gorillas presents a real conundrum for conservationists, who are unable to explain this new behavior. While gorilla populations have expanded in recent years, they are still nowhere near large enough to create competition for food or living space, and while alpha males might be expected to fight over females, the participation of infants and females themselves in these attacks makes no sense.

Regardless of the motivation for these gang-like attacks, the study authors say it goes to show that humans and gorillas are more alike than we previously thought, as both are capable of forming bloodthirsty mobs.