Deep in the heart of the desert there is an oasis, a wetland rich in bird and fish life that is now slowing sprouting once more from the parched lands. The Iraqi Marshlands in the center of Iraq have a long and plentiful history stretching back tens of thousands of years. Now Unesco has finally recognized the region's cultural and biodiverse importance and listed it as a World Heritage Site.

“The Ahwar of Southern Iraq – also known as the Iraqi Marshlands – are unique, as one of the world’s largest inland delta systems, in an extremely hot and arid environment,” write Unesco in their designation. The organization lists seven sites of interest within the wetlands, three of which are archaeological while four are wetland marsh areas, and include the ancient sites of Ur, thought to have been the birthplace of Abraham. But its long history has been far from easy.

The Ahwar, despite being one of the richest environments in the entire Middle East, has a tragic history. Rumored to have been the inspiration for the Garden of Eden as it sits at the confluences of the Tigris and Euphrates, the diverse reed beds supported massive biodiversity in the form of huge numbers of birds and fish, a rare aquatic landscape in the middle of a desert. 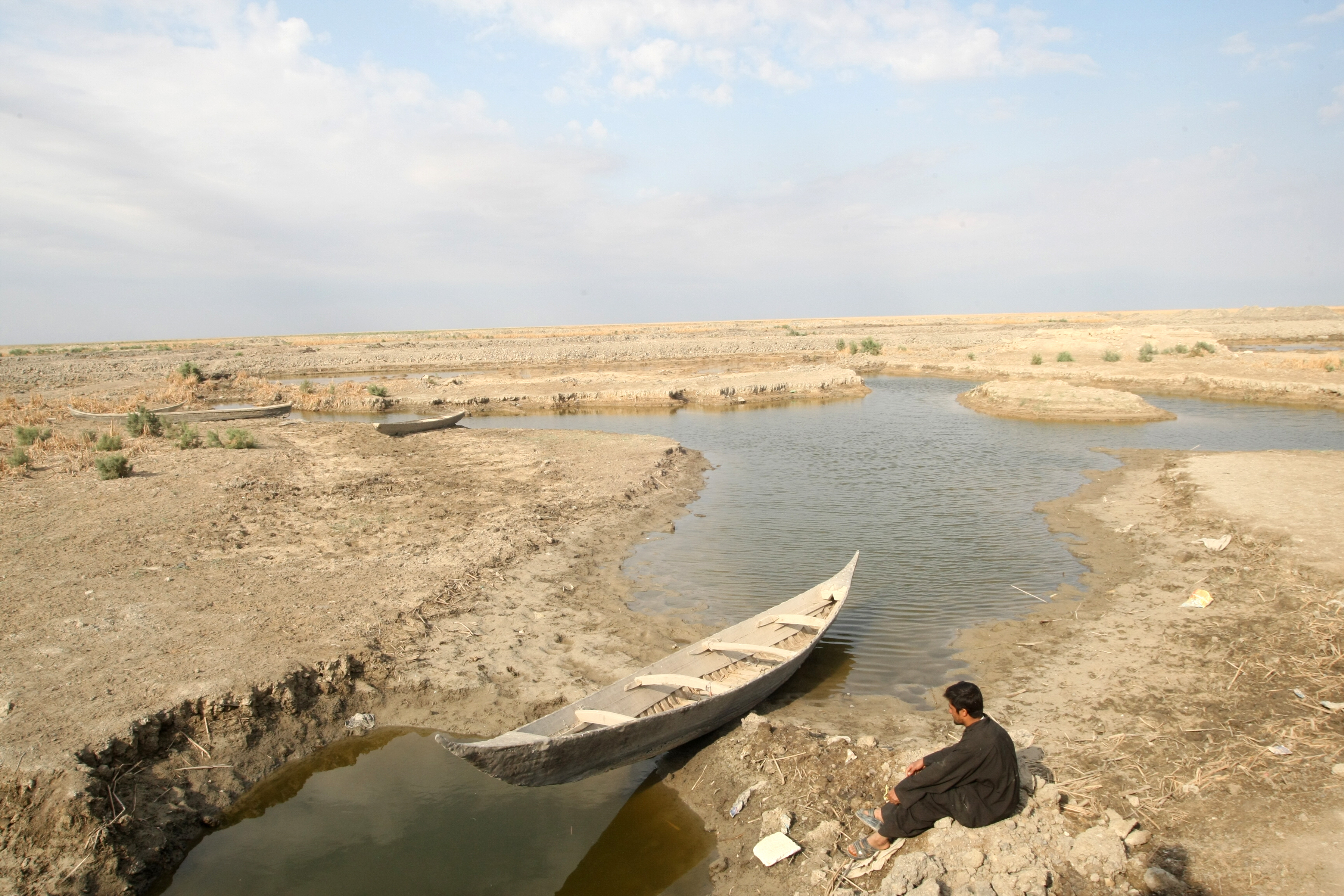 Following the reprisal by Hussain, the marshes were devastated. AFP/Stringer/Getty

Civilizations have risen and fallen on its banks, agriculture started, and the origins of the written word come from its midst. Covering some 20,000 square kilometers (7,700 square miles), the Mesopotamian Marshes, as they are also known, played a key role in the development of not only people and culture in the region but also wildlife, especially those migrating across Eurasia and into Africa, from flamingos to pelicans.

But in the 1990s, this little slice of life flourishing from the arid desert was devastated. The then President of Iraq, Saddam Hussein, decided to punish the Marsh Arabs who had lived in the wetlands for six millennia for rebelling during the Gulf War, by destroying the wetland on which their entire way of life depended. By building dams and dykes, Hussein succeeded in draining the marshland, and reduced it to just 10 percent of its original size.

However, since Hussein was deposed during the Iraq War, the future of the marshes has been looking up. When Iraqi-born engineer Azzam Alwash returned to the country, he made it his mission to try and restore the wetlands to their former glory. By removing the dams and dykes, destroying the canals and drainage systems, Alwash has spearheaded a move to re-flood the marshes, and has been doing a pretty good job of it. So far around 30 percent has been restored and hopefully, with this designation from Unesco, more will follow.