The face of a man murdered in the Scottish Highlands around 1,400 years ago has been digitally reconstructed, helping anthropologists and forensic scientists solve how his grisly death came about. One thing is for certain: Don't mess with 6th-century tattooed Scottish Highlanders.

The remarkably well-preserved skeletal remains were found buried in a cave around the Black Isle in eastern Scotland. Along with finding evidence that the cave had been used for iron-smithing, they unearthed a skeleton that appeared to have been placed on his back in a cross-legged position with his limbs weighed down with heavy beach rocks.

The unusual scenario captured the curiosity of the University of Dundee’s Centre for Anatomy and Human Identification (CAHID) who took the body back to their lab for further research.

Radiocarbon dating of the bones showed that he died sometime between 430 and 630 CE. This would have meant he was part of the Picts, a collective of tribes in Scotland who repelled the conquests of both Romans and Angles up until the 10th century CE. They were named “the Picts” by the Romans, which derives from the term “painted or tattooed ones.” 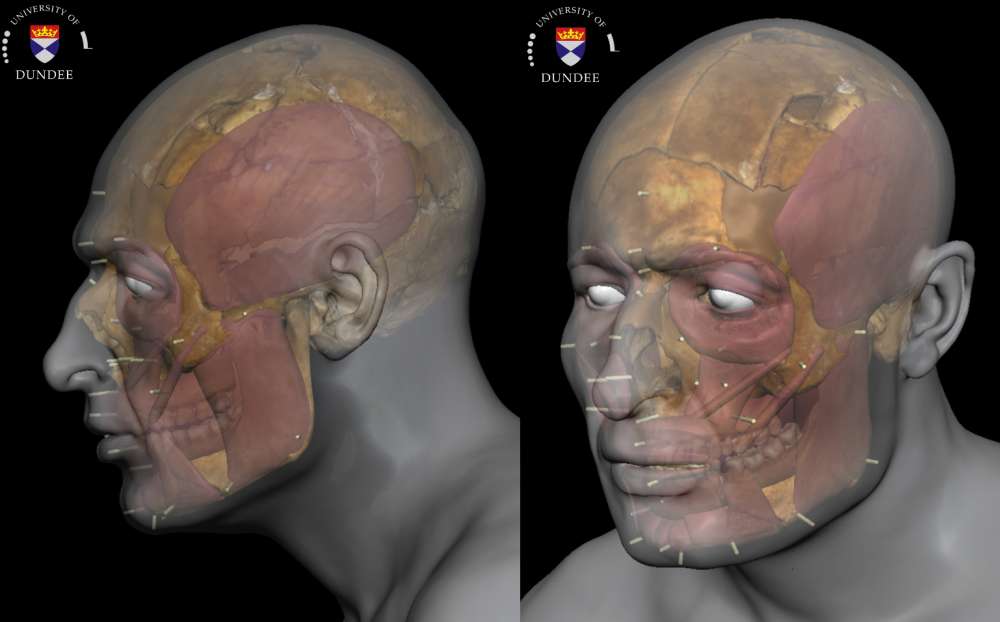 The imaging process reveals same of the fractures sustained on the man's face and skull. University of Dundee

“The first impact was by a circular cross-section implement that broke his teeth on the right side,” Project leader and forensic anthropologist Professor Dame Sue Black explained a statement. “The second may have been the same implement, used like a fighting stick, which broke his jaw on the left. The third resulted in fracturing to the back of his head as he fell from the blow to his jaw with a tremendous force possibly onto a hard object perhaps stone.”

It didn't stop there.

“The fourth impact was intended to end his life as probably the same weapon was driven through his skull from one side and out the other as he lay on the ground," she contiuned. "The fifth was not in keeping with the injuries caused in the other four where a hole, larger than that caused by the previous weapon, was made in the top of the skull.”

The cherry on top of this study is the digital reconstruction of the face by the CAHID team, created through a blend of anatomical science, anthropology, forensic art, and imaging technology.

How this man's final days played out remains a mystery to the researchers. However, further excavations of the cave and more detailed analysis of the bones hopes to provide the forensic anthropologists with some answers.

Excavation leader Steven Birch speculated: “While we don’t know why the man was killed, the placement of his remains gives us insight into the culture of those who buried him. Perhaps his murder was the result of interpersonal conflict; or was there a sacrificial element relating to his death?” 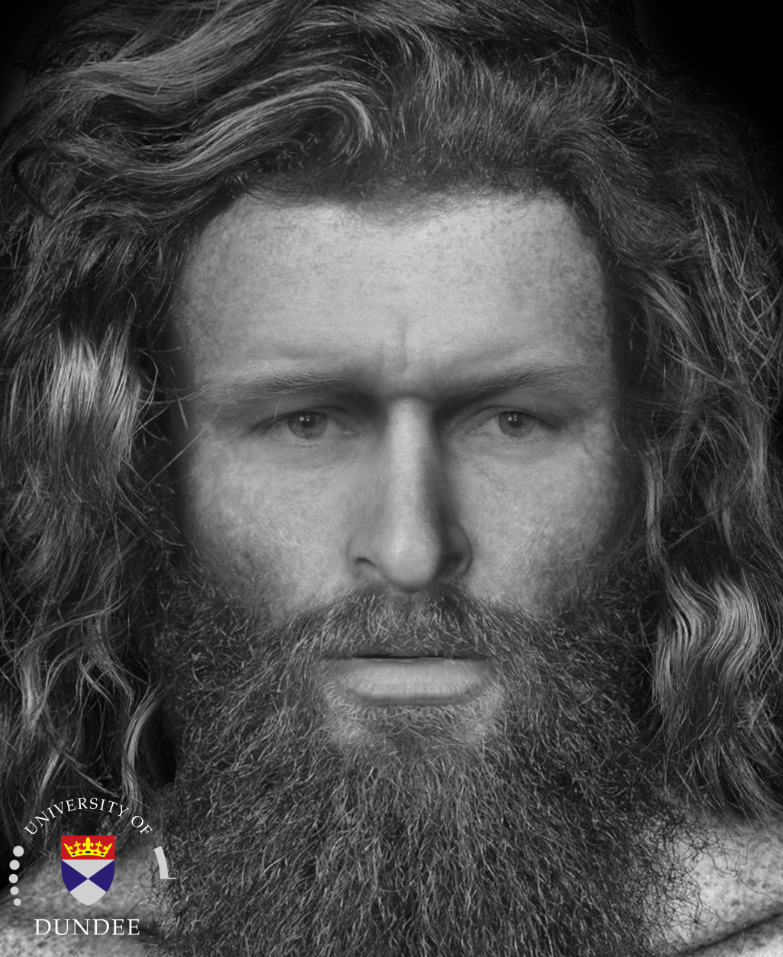 The end results of the forensic work show the man having a particularly good hair day. University of Dundee