For the first time, preserved feathers have been found attached to dinosaur bone. While the ex-dinosaur from which they came did have “beautiful plumage”, it has long since joined the choir invisible. Now, the discovery tells us about the evolution of these essential avian features.

Two decades ago, the first imprints of dinosaur feathers created great excitement. However, with the feathers themselves long gone, these impressions couldn't tell us much. More recently, feathers have been found in amber, preserving the original structure in a way rocks do not. However, a discarded feather with no indication of which dinosaur it belonged to is of only limited use to paleontologists.

So the discovery of eight vertebrae from the tail of a 99-million-year-old dinosaur, with feathers attached, is a game changer. The discovery has been announced in Current Biology, and the authors say it “directly informs the evolutionary developmental pathway of feathers.”

The unfortunate owner of these feathers is thought to have been a juvenile coelurosaur, a clade of theropod dinosaurs that included velociraptors and tyrannosaurs. The question of whether feathers were universal or relatively rare among dinosaurs remains a live debate, but coelurosaurs, defined by their close relationships to birds, have provided most of the examples we have found of dinosaur feathers. 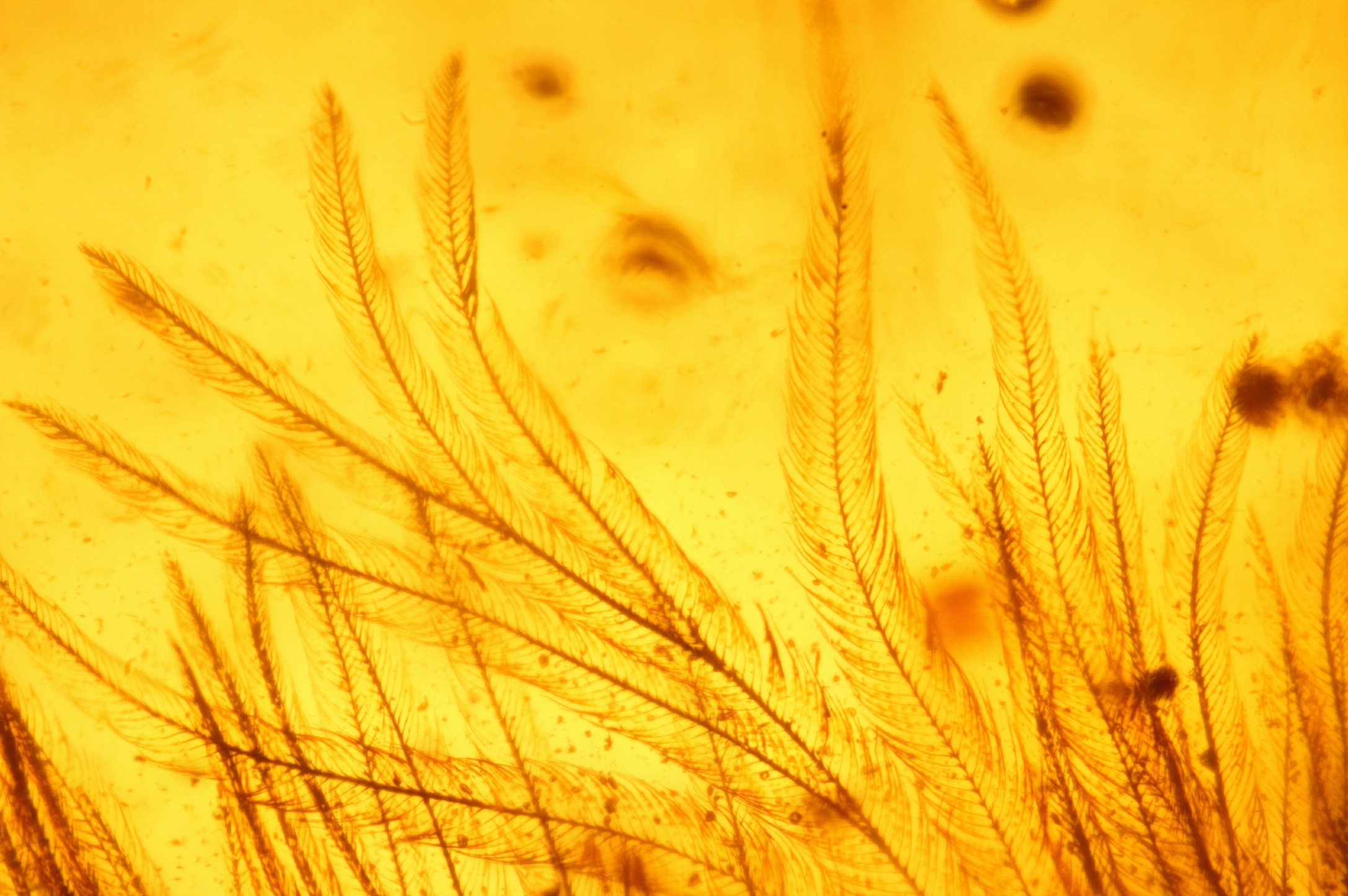 "We can be sure of the source because the vertebrae are not fused into a rod or pygostyle as in modern birds and their closest relatives. Instead, the tail is long and flexible, with keels of feathers running down each side," said Ryan Mckellar of Saskatchewan Museum, one of the paper's authors, in a statement.

The feathers are brown on top with a pale underside. They more closely resemble ornamental plumage in modern birds than flight feathers and lack a well-developed central shaft (rachis), suggesting this was a feature that appeared later in feather evolution. The specimen is so well preserved, we can see that there were two rows of feathers evenly spaced along the tail. Given the age of the dinosaur when it died, the authors are unsure if these are adult feathers or would subsequently be replaced.

The discovery comes with further scientific potential, as scraps of surviving soft tissue can be seen and the high content of ferrous (Fe2+) iron suggests hemoglobin from actual dinosaur blood awaits analysis.

The priceless discovery was recognized not by the anonymous amber miner who dug it from the ground, but by first author Lida Xing of the China University of Geosciences, who came across it in an amber market in Myanmar and ensured it was bought for scientific research, rather than as an ornament. 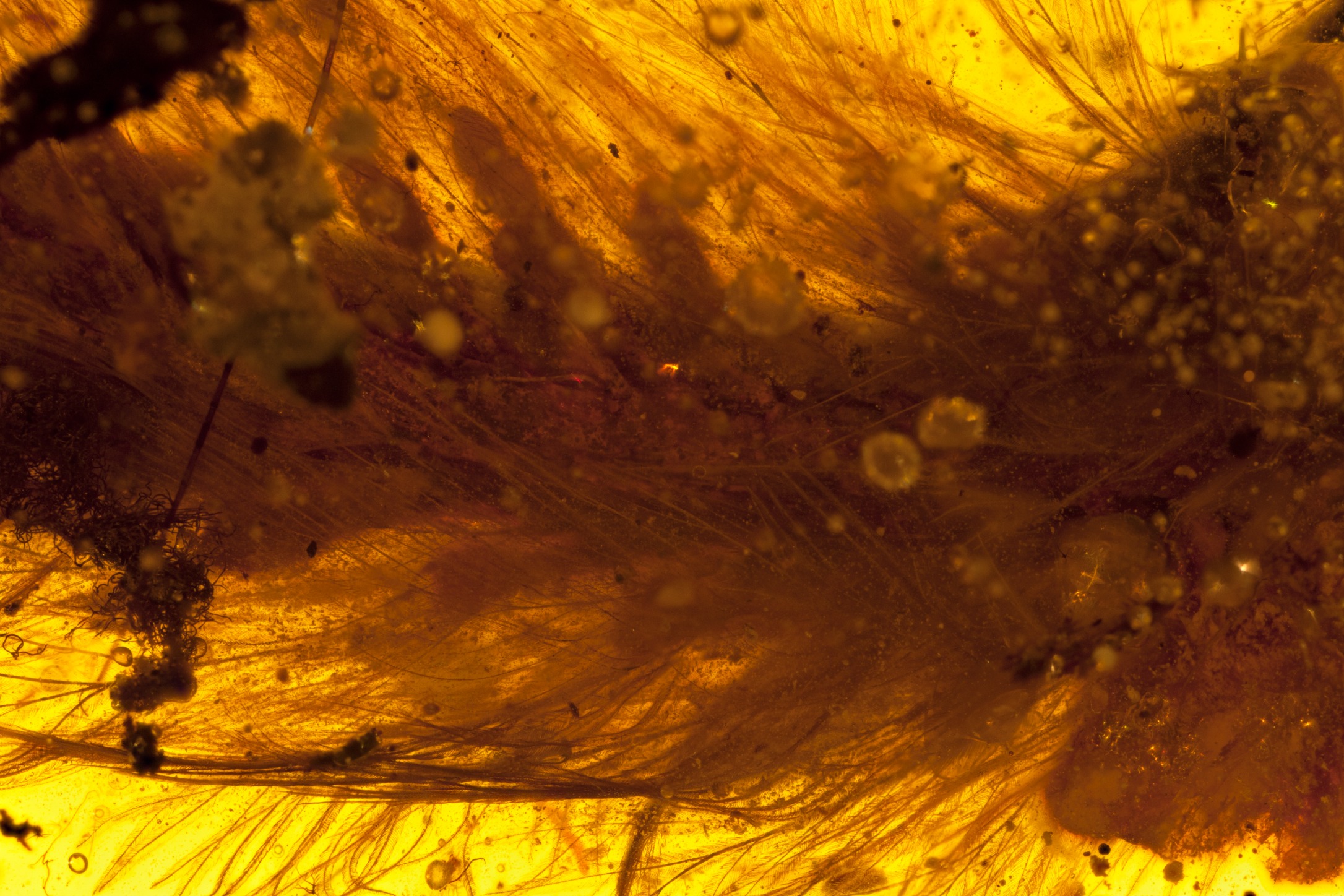 The feathers under a microscope reveal detail of the veins. Xing et al/Current Biology