Imagine a future in which people with neurological disorders can tap into a healthy brain to re-learn how to move a paralyzed leg, or multiple brains are wired together to solve problems and control robots.

This is something that is no longer beyond the realms of possibility, thanks to some incredible research into brain-to-brain interfaces. Scientists have shown that multiple animals can work together to solve problems through the power of thought alone for the first time, and the connotations could be huge.

The work by Miguel Nicolelis of Duke University in North Carolina and his colleagues was published today in the journal Scientific Reports. It involved two experiments: in the first, three rhesus macaque monkeys in separate rooms were wired together into a “brainet” using implanted electrode arrays.

They were then tasked with controlling a virtual avatar arm on a screen, but each monkey could only control the arm in two axes by thinking particular thoughts. Successfully moving the arm towards a target earned them a reward, juice, but this only worked when they all worked together. Over time, the monkeys improved and their brain activity became more strongly correlated, earning them more rewards.

In the second study, four rats were wired together and tasked with solving a set of computational problems to earn a prize, in this case water. One of the problems involved them predicting how likely it was to rain based on the temperature and pressure. Amazingly, they were able to correctly predict it 41% of the time – which the scientists said was better than random chance.

“This is incredible,” Andrea Stocco from the Department of Psychology at University of Washington in Seattle, who was not involved in the research, told New Scientist. “We are sampling different neurons from different animals and putting them together to create a superorganism.” 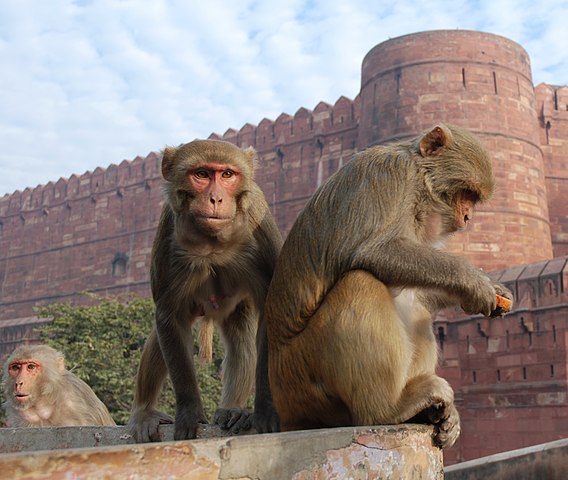 “This is the first demonstration of a shared brain-machine interface, a paradigm that has been translated successfully over the past [few] decades from studies in animals all the way to clinical applications,” Nicolelis said in a statement.

In this research, implants were needed to monitor the brain activity of more than 700 neurons in each of the animals, but the researchers hope that in future a non-invasive method could be used.

This would open up entirely new avenues, particularly in humans. For example, neurologically disabled people could share a healthy brain and re-learn abilities that they may have lost, such as movement in a paralyzed limb. Or, organic computers could be made by linking brains together.

The possibilities are certainly plentiful, but as this is the first attempt, it may take a while to see things come to fruition.