Staring out of a 32nd-floor hotel room window at the smog-obscured Beijing skyline in 2014, Dutch designer and entrepreneur Daan Roosegaarde suddenly had a moment of clarity, realizing that, in spite of the Chinese capital’s famously stubborn air pollution problems, something could still be done to rectify the situation. Two years on, and he’s about to return to the city for a trial of the Smog Free Tower, which he designed in collaboration with Delft University of Technology researcher Bob Ursem. Not only does the tower act as a gigantic air purifier, but it also converts smog extracted from the air into jewelry.

Measuring 7 meters (23 feet) in height, the tower is said to be capable of removing smog particles from 30,000 cubic meters (1.06 million cubic feet) of air each hour, using no more than 1,400 watts of electricity – about the same as a kettle. Set to be trialled in Beijing this September, the apparatus works by ionizing particles in the air, which are then attracted to a central electrode in order to remove them from the environment. 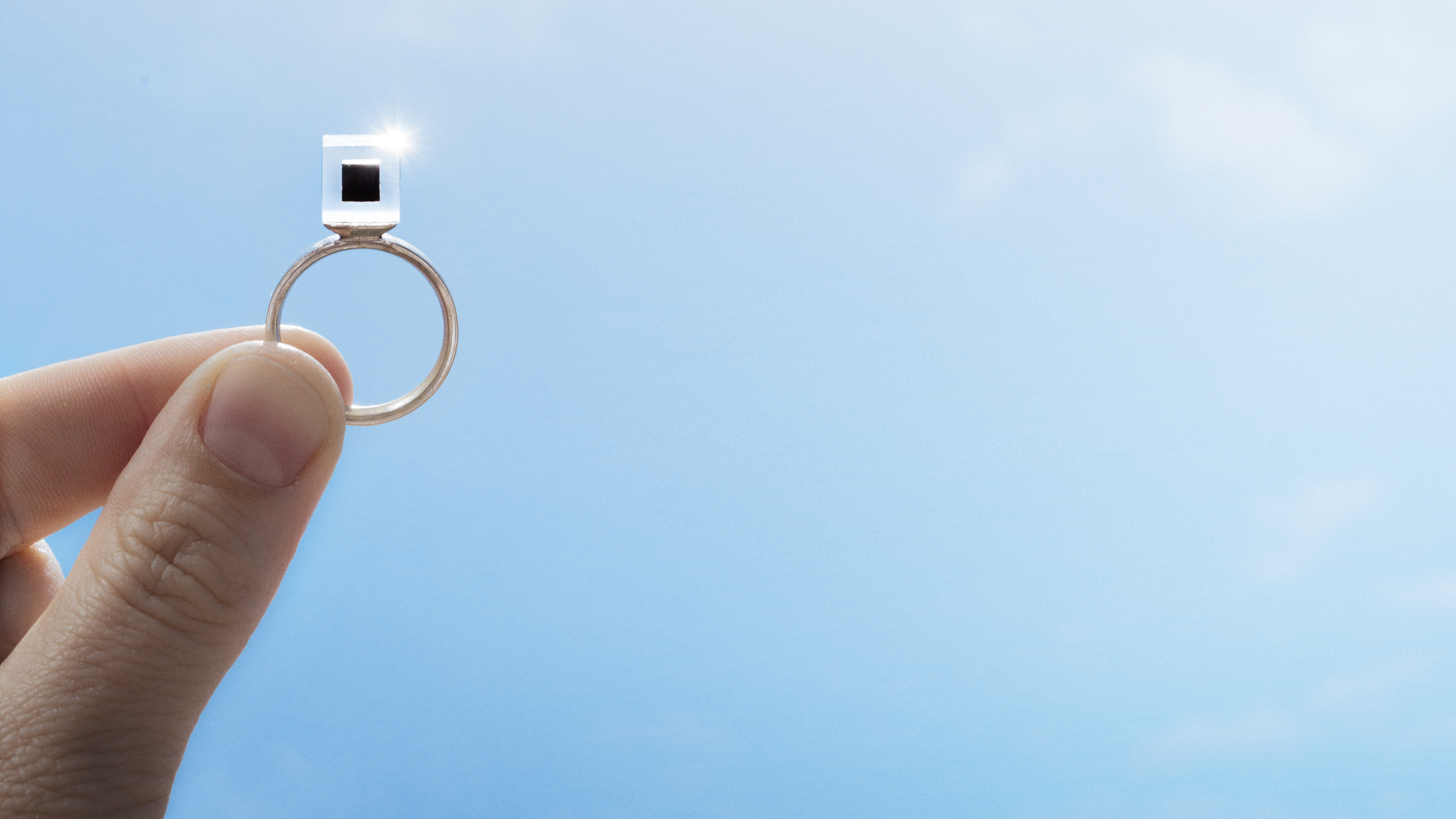 Once inside the tower, the air particles are compressed under high pressure for half an hour and set in resin in order to create jewelry – in much the same way that carbon is converted into diamond after being compressed for millions of years.

Air pollution is a major problem in Beijing and other parts of China, where it is thought to be responsible for 17 percent of all deaths. The city’s smog consists largely of two particle types: fine particulate matter – also known as PM2.5 – includes all matter that is less than 2.5 microns in diameter, while course dust particles (PM10) measure between 2.5 and 10 microns. Both can cause considerable damage when inhaled, getting into the blood and lungs.

According to Studio Roosegaarde, the Smog Free Tower is capable of removing both particle types from the surrounding air, which is the designers say is subsequently left 75 percent cleaner. Aside from protecting the health of locals and allowing tourists to enjoy sharper views of the city, the technology is also already producing some other pleasant surprises. Talking to CNN, Roosegaarde explained that “for some reason, little rabbits find the space around the tower particularly intriguing. I don't know why. Perhaps they can feel the difference."

Image: Once extracted from the air, the smog particles are compressed under high pressure and set in a cube of resin to create jewelry. Studio Roosegaarde