In case you needed reminding, it’s a bad time to be a scientist in the US. If you work for a federal research group, you’ve been muzzled, had your funding cut to historically low levels, and been told by a committee of anti-intellectual parrots that you’re constantly lying.

Earlier this month, the word “science” was removed from the Environmental Protection Agency’s (EPA) mission statement under the auspices of a man who doesn’t think carbon dioxide warms the planet. Now, it seems that the Department of Energy’s (DoE) climate change research office has banned the use of the phrase “climate change”.

As reported by Politico, a supervisor at the DoE’s Office of International Climate and Clean Energy told the staff in no uncertain terms that the phrases “climate change”, “emissions reduction”, and “Paris agreement” are not to be used in written memos, briefings, or any form of communication.

In other news, if you see a bear coming towards you, you can just stick your head in the sand. Simply by ignoring it, it will go away. It definitely won’t nibble your feet or claw at your butt. That’s science, and you can’t argue with that.

Obviously, this is insane. The Trump administration is overflowing with climate change deniers who just want to stop all discussion of the matter, including the new DoE head Rick Perry, a man who began the job with no idea what the DoE actually does. (Hint: It’s mostly ensuring the safety of America’s nuclear material.)

Apparently, if he hears them, the phrases would provoke Perry to suffer from a “visceral reaction” – which sounds fairly disgusting. If you do happen to bump into Perry, please shout “emissions reduction” at him, see what happens, and drop us a line. 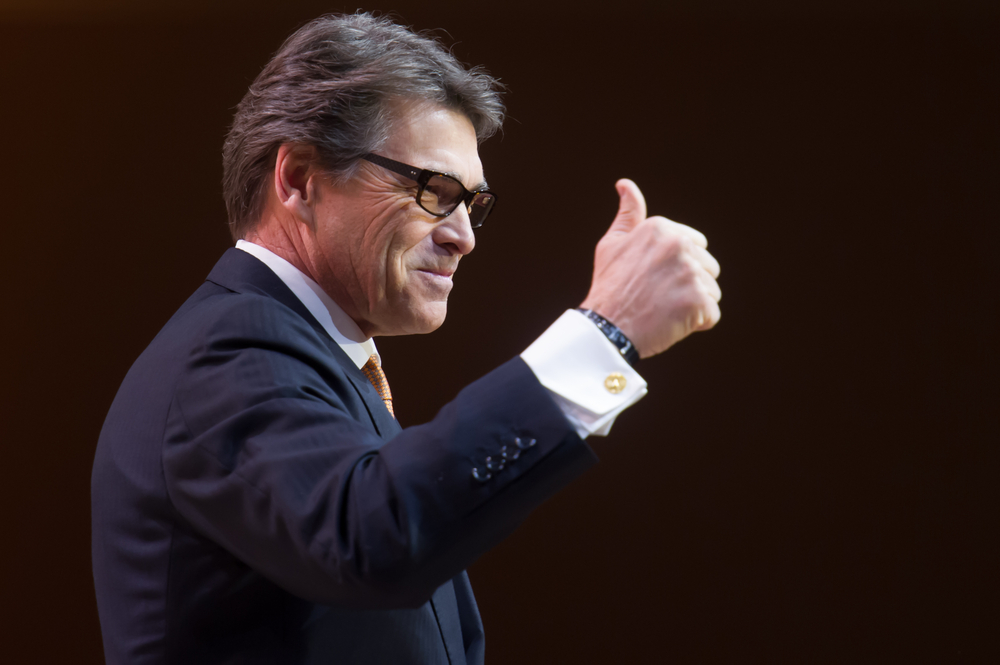 The climate-denying head of the DoE, Ricky Perry - animal husbandry expert and the former Governor of Texas. Christopher Halloran/Shutterstock

This brazen form of scientific censorship comes hot on the heels of President Trump signing off his latest executive order, one which retracted or terminated most of the Obama era climate change mitigation measures. As we’ve pointed out, this is a mainly ineffectual order in practical terms – America is already way ahead of schedule in terms of meeting its own emissions cutting targets.

However, Trump's EO does hold huge symbolic value. It’s a marked retreat from the last eight years of US-driven climate change pushback, an international effort that culminated in the groundbreaking Paris agreement – something that Trump is widely expected to also withdraw from.

For its part, the DoE have officially said that no such directive was ever given. It’s worth pointing out, though, that the same behavior was seen in GOP-controlled Florida back in 2011, where staff at the Department of Environmental Protection were told not to use the words “climate change” or “global warming”.