The mantle makes up 84 percent of the planet’s volume. It’s responsible for the evolution of volcanoes, the appearance of earthquakes, and the formation and destruction of continents and ocean basins. The more we know about it, the better.

Now, thanks to Washington’s Carnegie Institution for Science and the Woods Hole Oceanographic Institution, we know now that the mantle is hotter than ever before. Well, 60°C (110°F) hotter than previously estimated, anyway.

This means that the mantle, on average, is around 1,410°C (2,570°F), just a little bit above the hottest lava known to science, which can be found on the hellish Jovian moon of Io – and, curiously, it is all thanks to a very small amount of water.

It’s tricky to measure the temperature of something that’s buried beneath so much pesky crust.

Generally speaking, two things determine how hot the mantle is at any point. Firstly, the closer it is to the outer core, the hotter it will be. Secondly, if there’s water injected into it through the subduction and destruction of tectonic plates, that region of the mantle will be a lot hotter due to a quirk of chemistry.

The mantle is mostly solid, but it’s so hot that it acts like a liquid that flows very slowly over time. There are gigantic cyclical convection currents down there, which move material up towards the crust to cool it down before heading down towards the mantle-core boundary.

At this boundary, there are often enormous and enigmatic superheated anomalies. These rise up towards the crust and often penetrate it, creating “hotspot” volcanoes. 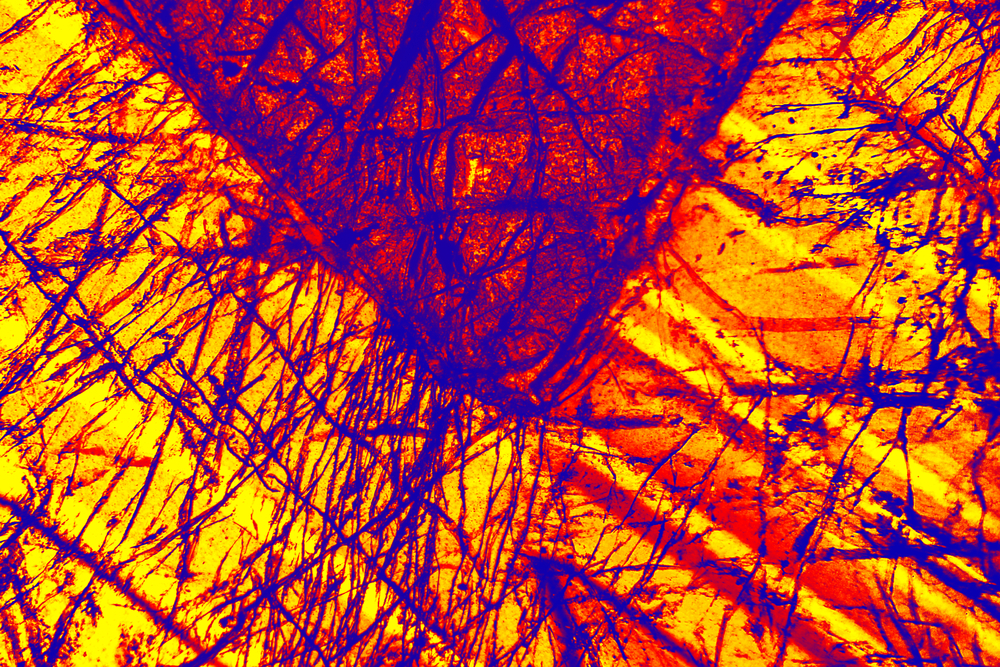 A polarized micrograph of some unusual mineral patterns within a sample of peridotite rock. Jeff Holcombe/Shutterstock

Most of these temperatures are worked out using physical melting experiments on chunks of exposed mantle rock. Laboratory melting of peridotite, thought to be the rock with the highest melting point in the upper mantle, is why peak mantle temperatures were thought to be around 1,350°C (2,462°F).

Writing in the journal Science, this inventive team of researchers recalibrated these experiments by adding in more realistic amounts of water – tiny amounts, mind you, around 50 to 200 parts per million in the minerals of mantle rock.

This tiny tweak meant that the melting temperature of mantle peridotite was ultimately 60°C (110°F) higher than anyone previously thought. This may sound like a tiny adjustment, but considering the mantle is responsible for everything we see at the surface, it’s never a bad thing to double check your calculations from time to time.