The way to a dog’s heart is unquestionably through its stomach, although new research suggests that stroking rather than filling your pet’s belly could be the best way to win its affection. According to a study in the journal Social Cognitive and Affective Neuroscience, most dogs actually get a bigger buzz out of social interaction with their owners than from food.

In a re-hash of Pavlov’s iconic experiment, researchers trained 15 dogs to associate certain cues with specific rewards. After a few rounds of training, the dogs learned that whenever they were shown a toy car, they would then be given a piece of hot dog. When presented with a toy horse, however, they knew that they would then be approached by their owner who would give them a few seconds of praise and affection.

Once the dogs had firmly learned these associations, the study authors used functional magnetic resonance imaging (fMRI) to measure their brain activity when they saw the toy car or horse. In particular, they focussed on a region called the ventral caudate, which is part of the brain’s reward circuit and responds to the expectation of receiving rewards.

Of the 15 dogs, 9 showed an equal caudate response to both toys, suggesting that they found both outcomes equally rewarding, while four showed a greater response to the expectation of praise from their owner than food. Only two actually became more excited by the prospect of the treat than owner praise. 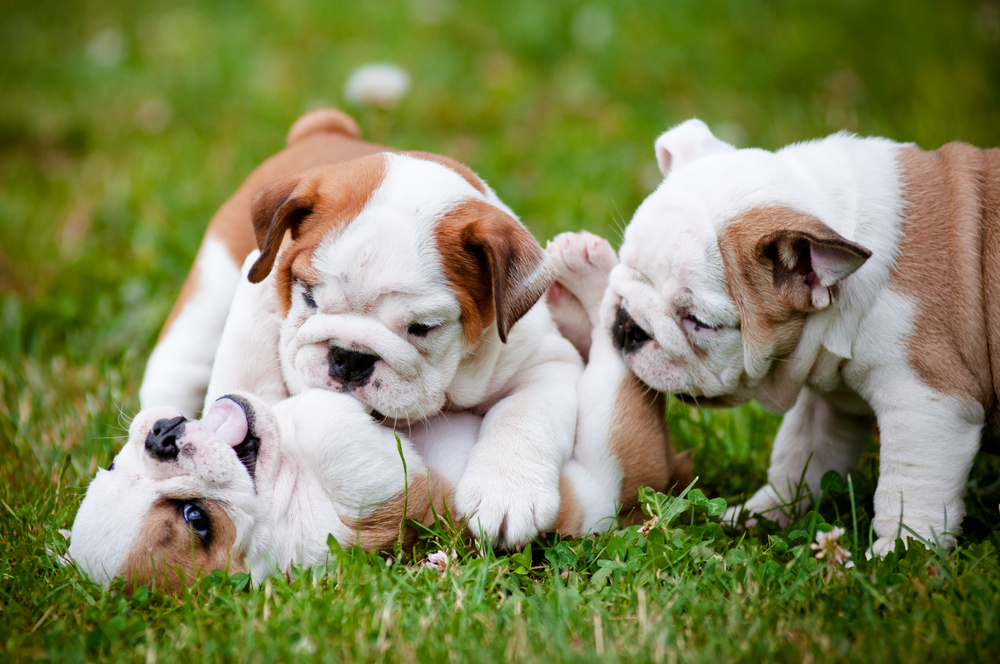 For no particular reason, here are some puppies. otsphoto/Shutterstock

To back up this finding, the team then designed a second experiment in which the dogs were placed in a simple Y-shaped maze with two exits, one of which led to their owner while the other led to a bowl of food. All dogs showed the same preferences as they had in the brain imaging tests, with all but two showing an equal or greater tendency to run to their owner over the food.

In practical terms, this knowledge could not only help dog owners train their pets, but might also prove useful when assigning jobs to working dogs. For example, those with a high preference for social praise may be best suited for therapy jobs, such as visiting hospital patients in order to improve their mood. Dogs who prefer treats, on the other hand, might be better off working on search-and-rescue missions or other tasks that don’t involve as much human interaction.

The study authors also note that some dogs don’t appear to show any clear preference for either type of reward, and therefore suggest that these canines probably aren’t cut out for any type of working role, and should just stick to being pets.