What do you think your pet cat or dog dreams about? If you guessed that your dog would be dreaming of something innocent, while your cat – a known psychopath, tiny lion and, indeed, renowned serial killer – was probably picturing a murderous hunt, you’d be correct.

According to Dr Deirdre Barrett, a clinical and evolutionary psychologist at Harvard Medical School, there is a lot we don’t know about the mechanics and content of the dreams of our furry companions. This shouldn’t come as a surprise, as we actually understand little about our very own nocturnal ponderings.

Speaking exclusively to People Magazine, she notes that we can only currently speculate about what animals dream, but their behaviors as they do can give researchers a fair few clues. Mammals also have a similar sleep cycle to humans, which includes phases of rapid eye movement (REM), the point at which dreams occur.

By matching feline and canine REM spots with their movements during sleep, then, some assumptions about their dreams can be made.

During an experiment in the early 1960s, a researcher neutralized the part of a cat’s brain that inhibits movement during sleep. When REM began – as detected by attached medical machinery – these cats stood up, pounced, arched their backs and stalked the room, hissing, suggesting they were dreaming of hunting something.

Dogs seem to move more during their sleep anyway, and it’s often been observed that they try to run around in a fairly non-aggressive way, implying they may be dreaming of playing with other dogs or with their owners.

Additionally, humans tend to dream about things that occur during waking hours, albeit with less logical coherence and perhaps with more visual resplendence. Dogs and cats likely do the same, and Barrett explained to People that as dogs have a huge emotional attachment to their owners, they are probably dreaming of them as they snooze.

It’s not just dogs and cats that dream, of course. Any animal that engages in REM likely does too, which rules out most reptiles and fish. The frequency and duration of REM cycles vary wildly between species, meaning that although creatures like giraffes and hedgehogs probably dream, they do so fairly differently.

A 2001 study suggests that lab rats dream of labyrinths. By tracking these critters both engaging in REM and, earlier, running through a maze, researchers were able to use neuronal activity to work out what specific part of the maze they were dreaming about.

Zebra finches seem to dream of singing practice. During the day, they learn the notes needed to woo a mate or tell another bird to get lost.

Careful neuronal mapping by researchers back in 2000 demonstrates that the same synapse active during singing are also active during REM. In fact, the mapping was so accurate that the team could reconstruct the song, with the correct notes and in the right order, from start to finish just using data from the REM stages.

Several gorillas that have supposedly learned sign language, including Koko and the late Michael, have communicated to their keepers upon waking that they have dreamed of events. Michael was said to have signed about his mother’s death by poachers after having a nightmare about it.

Although it appears likely then that animals dream, it’s entirely unknown if they can dream of more surreal moments, in the way a person can dream of flying through the skies. It’s a wonderful thought though, a dog or cat looking up at the clouds one day, and then dreaming of zipping through them at night. 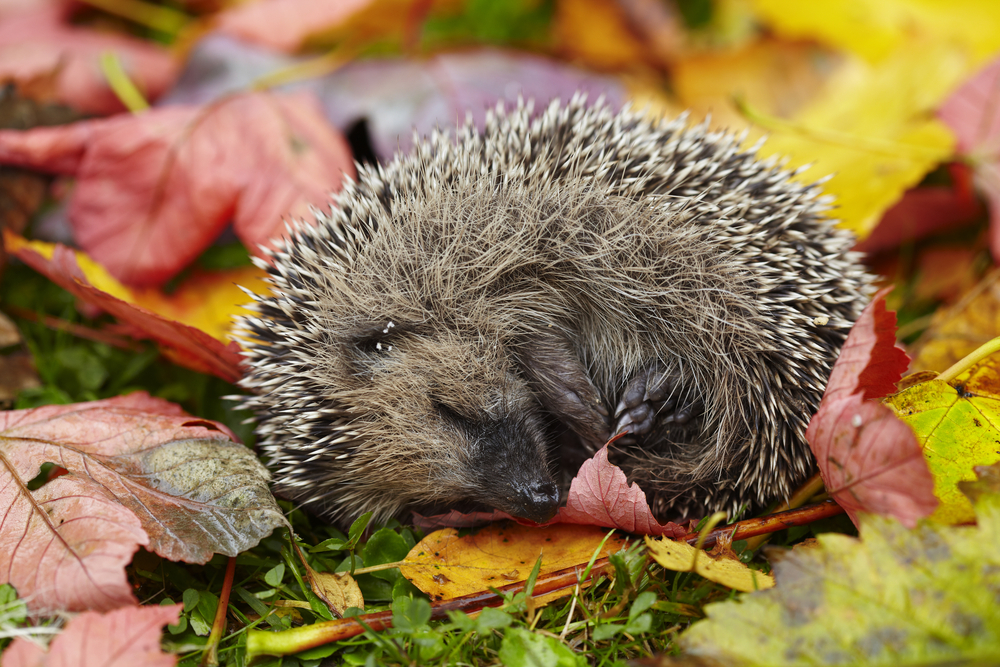 A sleeping ball of spikes. fotografos/Shutterstock