Photographs of a young dolphin playing with a pufferfish have revived interest in the idea that the dolphins are using the fish's toxins to get high. The same behavior has been recorded before but the latest images show dolphins can get started before their first birthday.

Pufferfish, also known as blowfish, or blowies, are not great swimmers. For defense, they rely on a combination of being able to suck in water to blow themselves up to look intimidating to predators, and cultivating neurotoxin-producing bacteria that make them dangerous to eat. These may save their lives, but at least one response sets them up to be dolphin chew toys.

Three years ago the BBC documentary “Dolphins – Spy in the Pod” used hidden cameras to record dolphin behavior, bringing to light cases of dolphins not only chewing on pufferfish, but passing them around to other pod members. The film maker John Downer concluded that this was the cetacean equivalent of passing a joint around to get stoned.

In January, Murdoch University PhD student Krista Nicholson took photographs of a dolphin called Huubster, born just last May, doing something similar in the Leschenault Estuary, south of Perth, Australia. Huubster got so into the pufferfish play he briefly got left behind as the rest of the pod swam towards the ocean. Nicholson also saw Huubster playing with a blowie four days later, too.

Nicholson told IFLScience the behavior has been widely recorded all around Australia from multiple species of dolphins. However, she said no peer-reviewed research has been published on it, adding, “I'm not even sure how you would study it.” 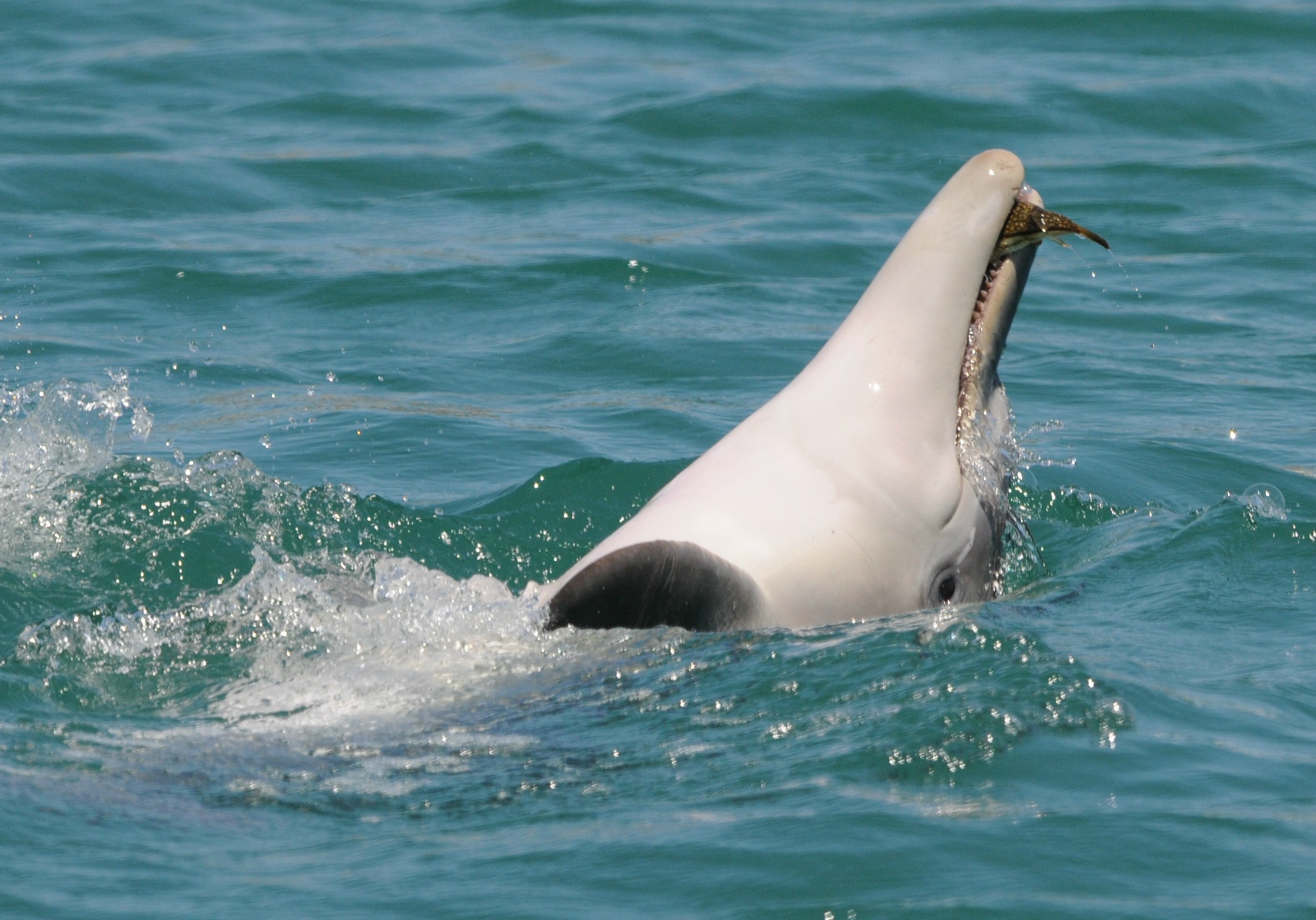 Most crucially, no one knows if the dolphins are actually getting a drug-induced high from the pufferfish toxins, as some humans do, or just enjoy the fact that every time they bite down on the pufferfish it inflates. For animals as curious as dolphins – who Nicholson describes seeing play tug of war with seagrasses – the inflation response could be a fun enough game to keep them amused without drugs.

On the other hand, observers have reported unusual dolphin behavior after pufferfish biting, including particularly boisterous bouts of leaping out of the water, but Nicholson said, “We don't know if that is because they got high, or just stimulation from the play.” One thing does seem certain, however; dolphins don't consider pufferfish food. “They've never been found in dolphin's stomachs or been seen being eaten,” Nicholson said.

At worst, for the fish, they may have their tails broken off in the biting, but they do seem to get to swim away in the end. Before that, however, the dolphins seem to take delight in biting down every time the fish deflates, causing it to inflate again.

Most of the fish's toxins are in its internal organs, but Nicholson told IFLScience some is released through the skin. It is unclear if this would do more than numb a dolphin's mouth.

No other species of marine mammal has been reported behaving in the same way, to Nicholson's knowledge, but she notes that many birds and mammals are known to get drunk on fermented fruit. 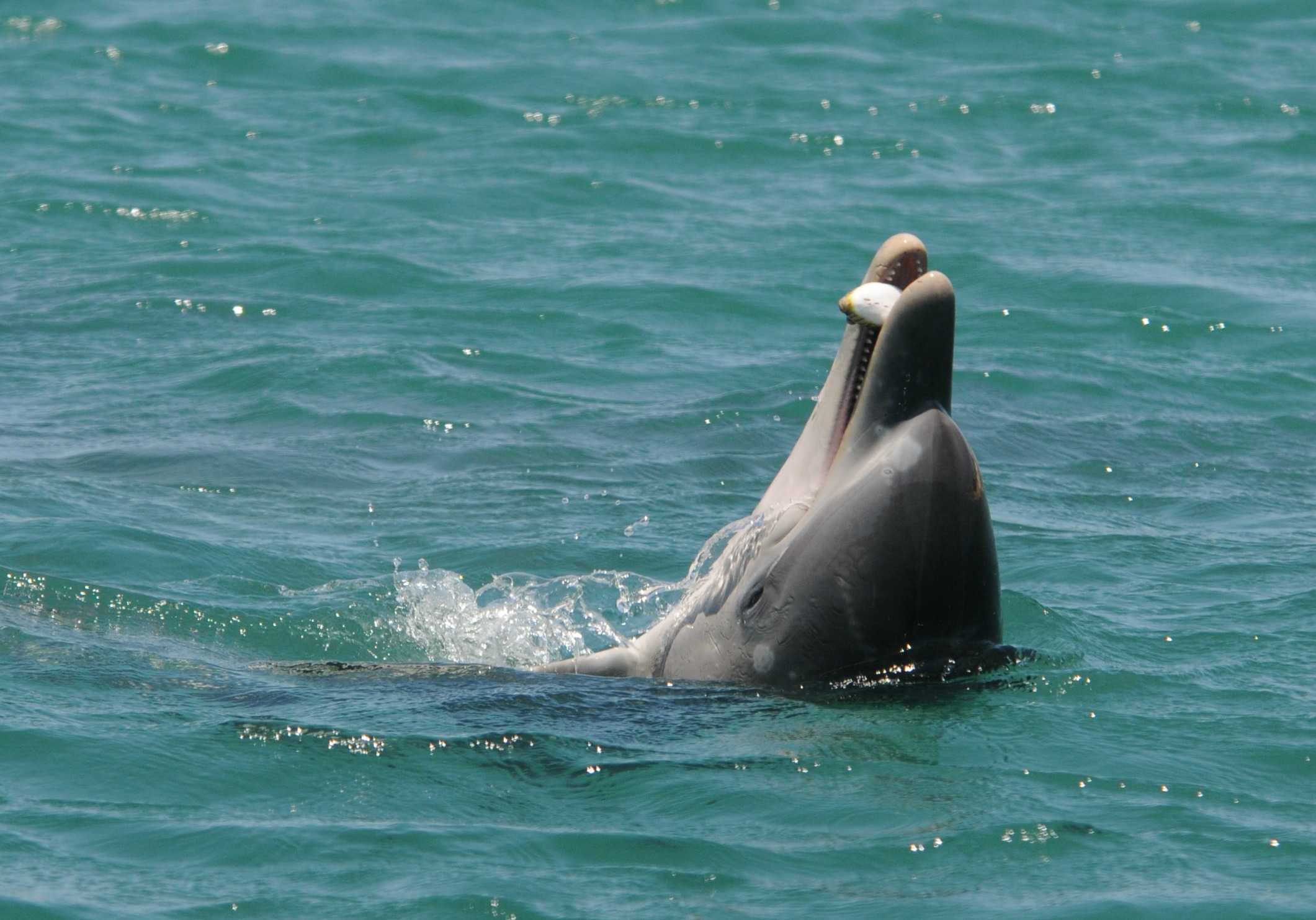 If you call a dolphin Huubster perhaps you shouldn't be too surprised if he likes a puff. Krista Nicholson