A scorched world is staring into the abyss. The Arctic is disappearing, water supplies are dwindling, and hurricanes are slamming into the coasts of America.

A despot in denial has risen to power, and the planet is almost powerless to fight against the oncoming storm. Our only hope lies with a small band of rebellious kids that have decided to take on the US government itself.

This dystopian movie plot is, actually, not far wide of the mark. Unbelievably, with the world reeling from the prospect of a Trump presidency pulling out of the Paris agreement, 21 children and teenagers are preparing to sue the federal government for their right to a stable climate.

As reported by Slate, their plans to file legal action began last year. They met up and, with some consultation, decided that it’s their constitutional right to have a future free of climate change nightmares. Bringing it to a court in Oregon, they made their case, and US District Court Judge Ann Aiken has ruled in their favor.

“I have no doubt that the right to a climate system capable of sustaining human life is fundamental to a free and ordered society,” Aiken noted in a statement. “A stable climate system is quite literally the foundation of society.”

By preventing the government from throwing out the kids’ legal argument, the path is now clear for them to sue the federal government itself. The case, which aims to place a legal framework upon the entire nation that includes science-backed plans to dramatically reduce greenhouse gas emissions, could end up in the Supreme Court, the most powerful legal apparatus in the land. 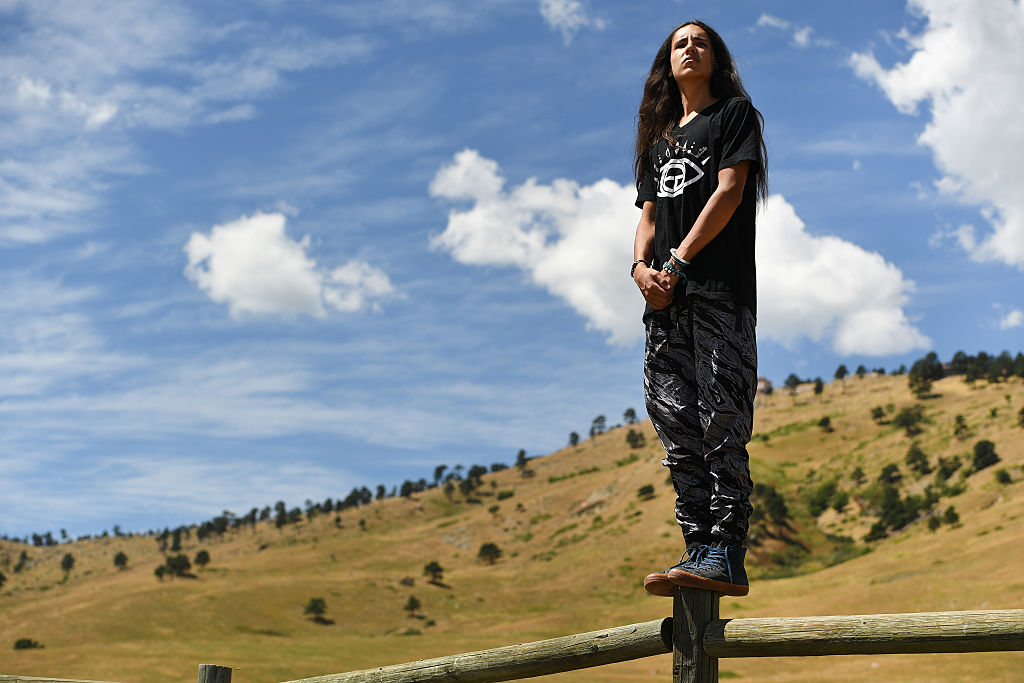 Xiuhtezcatl Martinez, one of the young plaintiffs in the legal case to sue the future Trump administration. Helen H. Richardson/The Denver Post/Getty Images

“My generation is rewriting history,” Xiuhtezcatl Martinez, a 16-year-old plaintiff, declared. “We’re doing what so many people told us we were incapable of doing: holding our leaders accountable for their disastrous and dangerous actions.”

Juliana v. United States is truly unprecedented. Apart from academics, it appears that the younger generations of Americans are the most up-to-date and accepting when it comes to climate change science, but apart from voting for pro-science lawmakers, there’s been little they can do to influence the direction of the country.

James Hansen, a world-renowned climatologist at Columbia University, was also a proponent of the legal case. In a statement, he described the ruling as “a critical step toward a solution of the climate problem, and none too soon as climate change is accelerating.”

These plaintiffs, who age between 9 and 20, are aware of the Obama administration’s efforts to mitigate climate change.

However, they are also acutely aware of the limitations of the plans currently in place, as well as the obstructionist nature of the many climate change-denying politicians in power. They resent that fossil fuel industries are only interested in short-term profit rather than sustainable long-term plans.

Recognizing that extreme weather events are threatening their right to life and liberty, these young adults have forced open a new avenue with which to compel the government to protect them by cutting America’s emissions. There’s no other legal case like it in the world, and it could genuinely make a real difference.

The accused in the case will be no less than Trump himself when he is inaugurated on January 20, 2017, a man who wants to personally oversee the destruction of the Environmental Protection Agency. He will be officially listed as the defendant in the suit. For now, it is President Obama, being the current head of government.

Battle lines have been drawn. This is nothing less than a conflict between knowledge and ignorance, youth and power.

If you’ve got their back, click here to let them know, or donate to their epic cause.